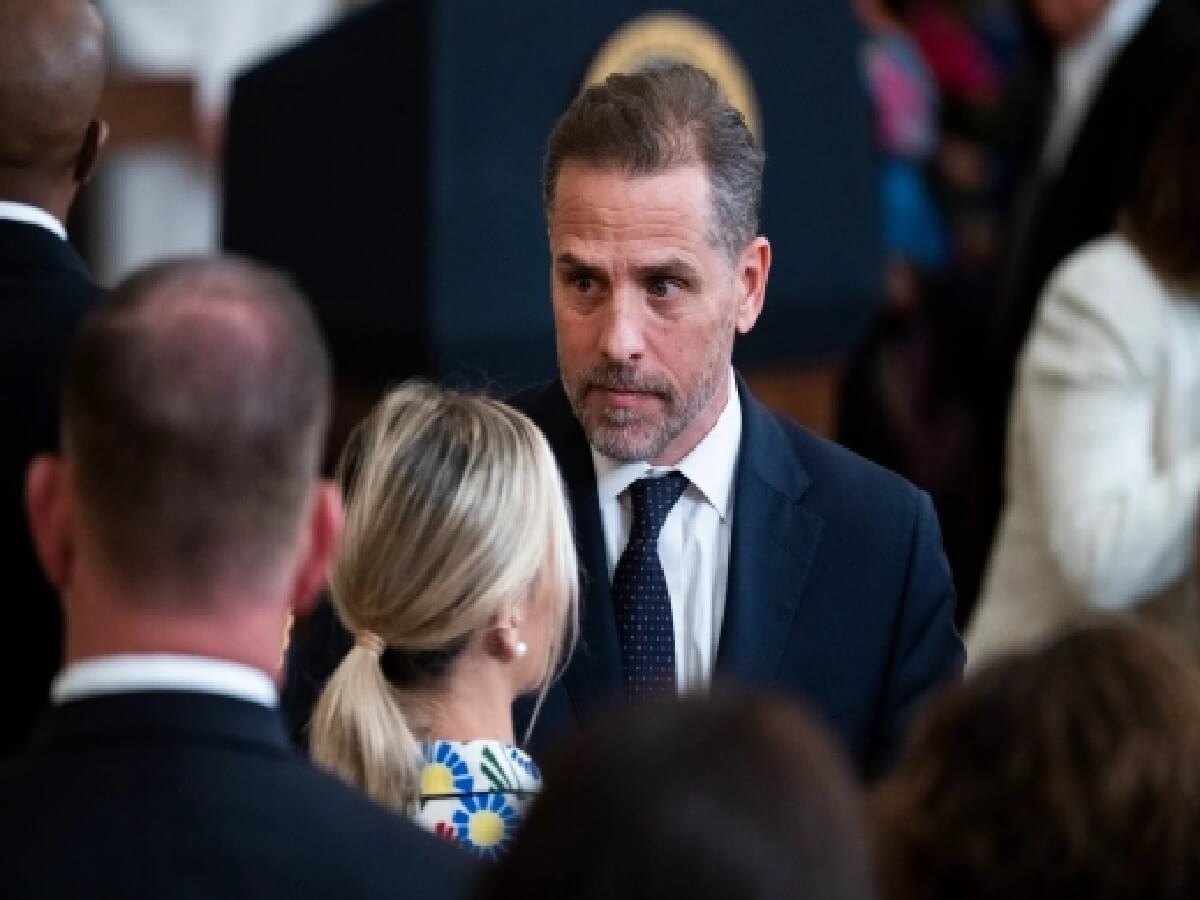 Following exposure of communications between Team Biden and Twitter executives prior to 2020 presidential election, where the social media platform had buried a bombshell report published in The New York Post exposing secrets of Hunter Biden’s laptop, the US President’s scandalous son was reportedly confronted at the White House black-tie event by at least two reporters bringing up Twitter’s release of documents regarding the suppression of reporting about his laptop, and House GOP members’ plans to investigate the first son’s overseas business dealings.

The Washington Examiner reported about the exchange, which happened on December 4, 2022 when President Joe Biden hosted the 2022 Kennedy Center honorees in the East Room. This year’s honorees are George Clooney, Amy Grant, Gladys Knight, composer Tania Leon, and Irish rock band U2.

Hunter Biden, who attended the reception with his wife Melissa Cohen Biden was seated toward the back of the room when two reporters approached him. One reportedly asked him about Elon Musk’s decision to release documents outlining Twitter’s internal communications regarding the alleged censoring of the New York Post’s Hunter Biden laptop story ahead of the 2020 election.

Twitter initially blocked links to the story on its platform, citing concerns that it contained material obtained through computer hacking. That decision was reversed after it was criticized by then-Twitter CEO Jack Dorsey. Facebook also took action to limit the story’s spread.

The Federal Bureau of Investigation (FBI) FBI warned Twitter during weekly meetings prior to the 2020 election that the social media giant could expect “hack-and-leak operations” by “state actors” involving Hunter Biden, according to a declaration by Twitter’s former head of site integrity Yoel Roth to the Federal Election Commission.

The other reporter who confronted Hunter Biden asked about House Republicans’ plans to investigate his millions of dollars-worth of overseas business dealings which involve Ukraine, China, and Russia.

After Republicans regained control of the US Congress, Republican Congressman Jim Comer and Jim Jordan announced plans to launch investigations into Hunter Biden’s business dealings next year. Comer is the incoming chair of the House Oversight Committee, while Jordan will be the Judiciary Committee chairman in the new Congress.

“This investigation will be a top priority”, Congressman Comer said. “This is an investigation of Joe Biden and why he lied to the American people about his knowledge and participation in his family’s international business schemes”.

It is anticipated that the investigation into the Hunter Biden laptop may not only result in impeachment of Joe Biden, it would also be another “Water Gate” in the political history of the United States. Dozens of high-profile figures, including Hunter Biden may face arrest and imprisonment in this case.

Meanwhile, hundreds of people are already commenting on this issue on social media platforms and news sites. Here are few of those comments:

Peter: More than two years later, some reporters are feigning doing their jobs? Go on!

Michael: If this was Eric Trump or Donald Trump Jr, would Twitter have banned the Post article, or would the FBI be allowing the laptop to collect dust? Of course not. This is the real “Threat to our Democracy”.

Gill: I really care less about Hunter Biden; I want to know if there’s even a hint of Joe Biden’s impropriety as the Big Guy.

Mitch: I remember how the mainstream media panned the laptop as Russian meddling. Unbelievable.

Lex: The mainstream media is after Hunter. Didn’t Trump suggest they are not to be trusted? Anyway, do they have something on his “laptop” or not? That laptop was in the hands of GOP for several years now. Why don’t they sue Hunter?

Matthew: Hunter is under federal investigation. There is no need for any congressional investigation until there is corroborated information regarding the President. It’s a waste of money for political purposes. People and organizations are to lie or misrepresent for their own goals, so I don’t believe anything said for or against someone. If it is illegal, get in a court of law.

Stephen: The right keeps talking breathlessly about the laptop being censored, but without any content from the laptop showing any crimes by hunter or influence on the President. Trumps team had the laptop plus all the extra stuff that was loaded on it, but we still don’t have any evidence that there is anything. Don’t point to the reference to Big guy on the e-mail hunter was copied on for a deal that never happened, that’s not evidence and I don’t think that e-mail has been authenticated either.

Bernie: “This is an investigation of Joe Biden and why he lied to the American people about his knowledge and participation in his family’s international business schemes”. Definitely no bias and fishing going on here at all.

Larry: The Lapdog Media consistently refuses to ask questions about the Paul Pelosi incident and the Hunter Biden laptop. They don’t want to know and they don’t want YOU to know.

Marie: Hunter Biden would be smart to follow the last piece of advice a boxing referee give to fighter before the beginning of the bout: protect yourself at all times. He shouldn’t have to answer for the actions of what someone else may do. Especially at someplace like the Kennedy Center Honors function.

Bob: The real story is the interference with the media by the DNC, the Biden campaign, and the FBI to manipulate information and spread disinformation to influence an election. An actual threat to democracy.