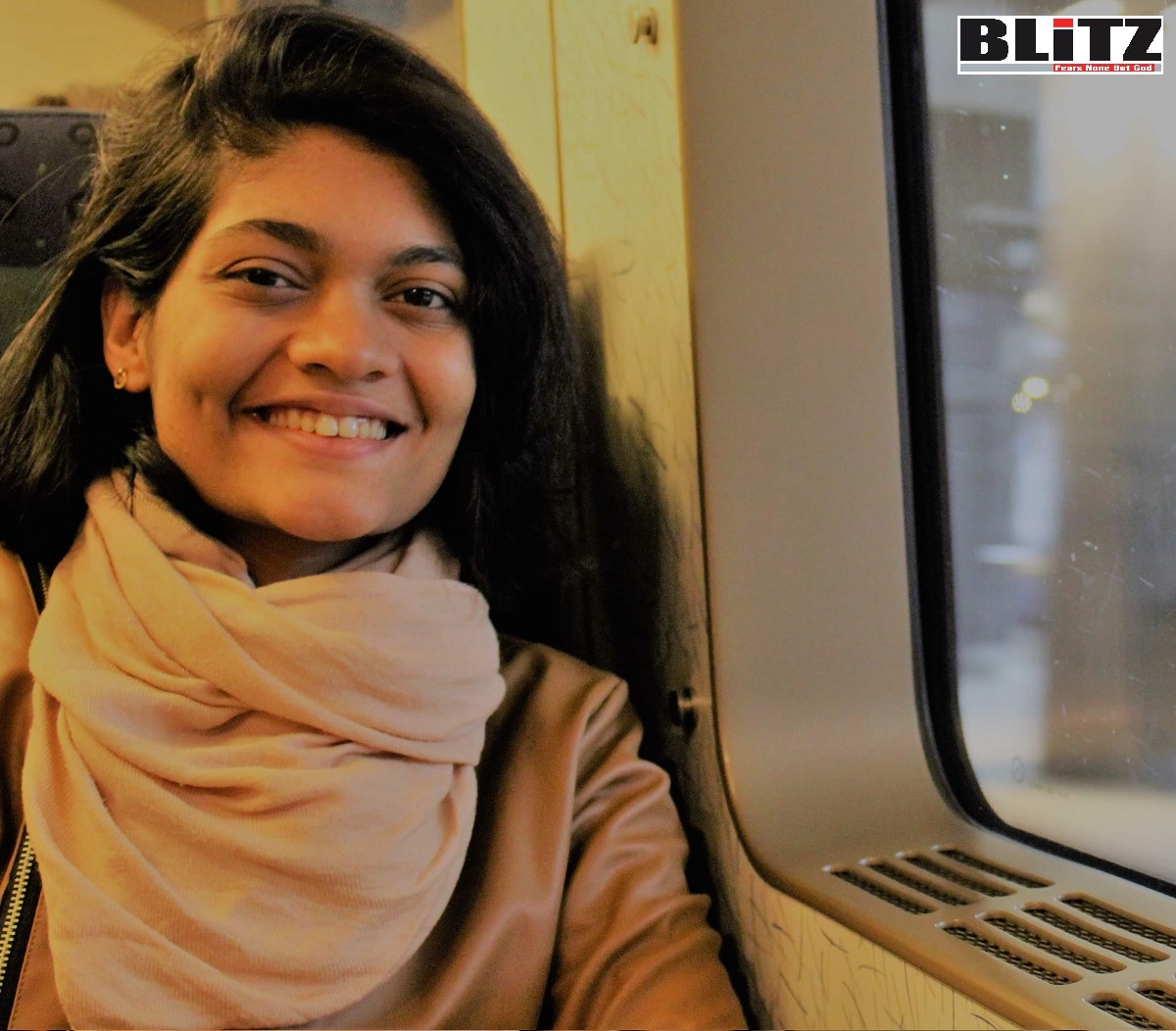 Rashmi Samant is gradually becoming an important voice in the region, who has been using her platform, education, and resources in speaking the truth and helping people who are persecuted for speaking truth.

Ms. Samant holds a Masters’ with merit in Energy Systems from the University of Oxford where she was also elected their first Indian Woman President of the Student Union. She has been at the forefront of the personal struggle of surviving brutal harassment due to her indigenous faith and cultural upbringing during her times at Oxford following which she has taken it upon herself to be a strong advocate for the cause. Professionally she serves as the executive director of an established risk management firm. She frequents national TV Debates and Newspaper Opinions on important social issues and political issues from an Indian perspective.

Recently, Rashmi Samant accorded an exclusive interview to BLiTZ. Here is the excerpts:

Later your lawyer Mr. Adithya Srinivasan said that the Oxford University has concluded its investigation into the case and confirmed that you were indeed a victim of bullying and vilification. He further said that unfortunately Indian students and citizens are seen as easy targets to take rough shots at because of their good behavior and contribution to the societies.

Following the controversy, Indians from across the world demanded the dismissal of the Hinduphobic faculty member and the matter was also raised by External Affairs Minister Mr. S Jaishankar in the Upper House of Parliament.

Under the aforementioned circumstances, do you think, Hinduphobia is on rise in Britain?

Rashmi Samant: Unfortunately, repeated stereotyping and vilification of the Hindu community over centuries is what birthed and nourished irrational Hindu-Hatred which we like to call as Hinduphobia or anti-Hindu Hatred. Hindus have been a model minority in every country that they have immigrated to outside their home country in the Indian subcontinent with lowest criminal conviction rates and highest attainment levels with respect to education and other professional pursuits. Despite this, they are targeted and unfairly persecuted from positions of power and prosperity that they rightfully achieve. To me, the entire presidential election and the victory was the fruit of handwork since I come from a very humble background in India. The way I was brutally targeted and bullied for no reason whatsoever and the social acceptance that it quickly garnered only points to the rise of Hinduphobia in Britain. There are other examples too of physical attacks and such against the community which only continues to walk on the right side of the aisle time and again. 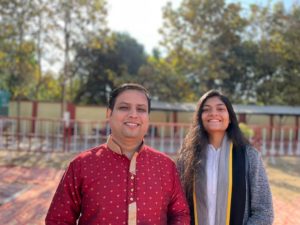 Shoaib Choudhury: Following the incident of outrageous attacks and cyberbullying targeting you, Oxford India Society, Oxford Hindu Society and Oxford South Asian Society issued a statement saying your resignation “had nothing to do with the fact that she is an Indian or a Hindu”.

But, sharing your experience, you told the media that it is because you were an Indian, you faced a lot of problems. You also said, “Despite hardship, I contested as an Indian, and became successful. Swami Vivekananda is an inspiration to me”.

You also said, you wanted to show the youth power of India, and in our opinion, you succeeded in doing that.

Rejecting what Oxford India Society, Oxford Hindu Society and Oxford South Asian Society said, we believe, you had been a target of anti-India and anti-Hindu forces in the United Kingdom.

What is your opinion about this joint statement and the overall issue?

Rashmi Samant: One of the most publicly available and verified posts attacking me was clearly titled “Oxford is not ready for a Hindu President” and the person making the post was a faculty member at the University of Oxford. This clearly shows that everything had to do with my identity and my faith. If you check the University Website for the list of official clubs and societies, you will find that the “Oxford India Society” and “Oxford South Asian Society” are not on it. It could have literally been anyone with a phone and the internet. Hinduphobia is so strong that even un-verified statements against a Hindu will make the headlines and verified news supporting their case will never make it. Link to University Website.

Shoaib Choudhury: A film titled ‘Kaali’ by Leena Manimekalai has been criticized for being Hinduphobic and disparaging goddess Kaali. In the poster of this film, goddess Kaali is seen smoking and holding an LGBT flag.

She further said, “I have nothing to lose. I want to be with a voice that speaks without fear of anything until it is. If the price is my life, I will give it”.

Does it mean, Leena Manimekalai has on purpose made this notorious attempt of disparaging goddess Kaali and hurting religious sentiments of Hindus? Do you see it as a part of recent trend of Hinduphobia in the West?

Rashmi Samant: There is nothing honest about a poster or a film who’s very intentions are to grab attention by making notorious mis-representations of the Hindu Dharma. This hate is nothing but fuel which keeps the fire of Hinduphobia alive in the west. Hinduphobia is not a recent phenomenon, as early as the 1980s Hindus were targeted in New Jersey by a notorious gang called the ‘dotbusters’ who hacked heads of Hindu Women and Men with a dot, that is “Bindi”. Leena’s poster just adds to more misrepresentations of the Hindu Dharma and existing list of stereotypes about us including that we are infidels and devil-worshippers making us a justified target for misplaced anger, murderous rage and disturbed minds of our society.

Shoaib Choudhury: Recently, you fell victim of bullying and threats from an Interpol wanted convicted terror-funder and his cohort who are currently living in Britain, for the “crime” of defending Hindu rights activists Mr. Kushal Baran Chakraborty. Those individuals named Shahid Uddin Khan and Zulkarnain Saer Khan Sami even went further by branding Rashtriya Swayamsevak Sangh (RSS) and Hindus as “terrorists”. Despite the fact of Shahid Uddin Khan being on Interpol’s wanted list and Zulkarnain Saer Khan Sami being a proven pro-jihadist with notorious criminal past, British authorities are yet to send them back to Bangladesh. Considering these incidents, do you think, Britain is gradually slipping into the grips of radical Muslims, jihadists and terrorists?

Rashmi Samant: Britain needs to take a strict non-tolerance policy towards terrorism and the recent incident only points to urgency of the situation all the more. The problem in the UK is that lobbies with ulterior motives have found power and they use that to negotiate safe harbor for known terrorists watched by the INTERPOL under the guise of human rights and refugee resettlement. The country’s politicians also have a big need to be perceived as politically correct which makes them take decisions which might not be in the best interests of the masses and their human rights. 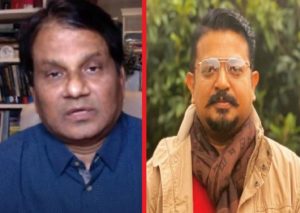 Shoaib Choudhury: In your opinion, what measures the leaders, supporters and fans of RSS should initiate following the defamatory remarks against Rashtriya Swayamsevak Sangh by Interpol wanted terror Shahid Uddin Khan and his crony Zulkarnain Saer Khan Sami?

Rashmi Samant: Well for the terrorists, anybody who speaks in the interests of the Hindu Community and India is a RSS member/sympathizer. I am not a member but perceived as one due to my loyalty to my country and my people. There is no fix to the mentality of such extremists who dream of ‘jihad’ day in and out. The only solution is for the state and the society across the world to identify such elements and deal with them with an iron fist without being in fear of terrorist-lobbies and terror-sympathizers. Civilian organizations targeted by terror outfits en-masse must take it up with the highest authorities of their land to make sure that distant-looking threats don’t wash ashore at home.

Shoaib Choudhury: As a proud Indian and emerging social media influencer, what are your plans to promote India, counter anti-India and anti-Hindu propaganda and confront the disturbing trend of Hinduphobia?

Rashmi Samant: I try to use my platform, my education and my resources to speak the truth and help the people who are persecuted for speaking their truth like Kushal ji. I will do it as many times as it takes for the world to let go of its dangerous stereotypes and misrepresentations of Hindus because in the end, Truth only Triumphs.