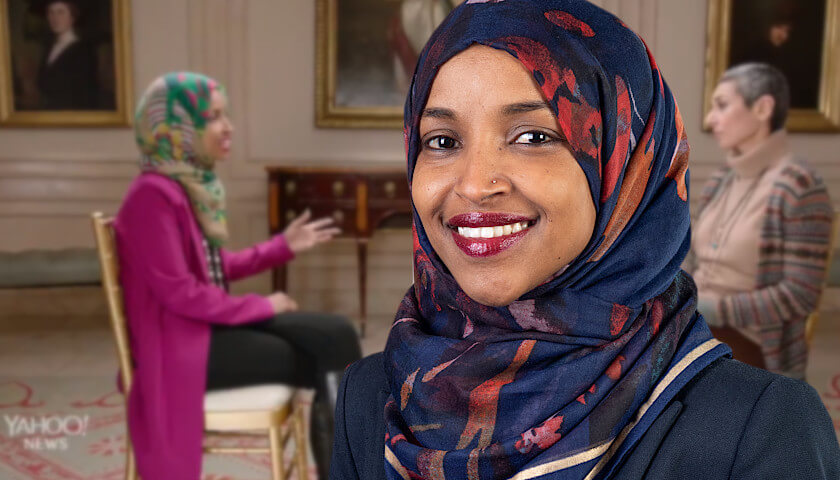 Minnesota U.S. Rep. Ilhan Omar dodged a question about her comments concerning Israel Tuesday morning during a discussion about religious freedom at the Center for American Progress (CAP).

Just last week, Omar said hearing described as a democracy made her “almost chuckle,” then comparing it the Iran’s theocratic dictatorship.

She also compared Israel to the Jim Crow-era South, saying: “The American Jewish establishment claims Israel is a democracy for all its citizens. But the nation state law classifies 1.6 million Palestinian Israelis as second class.”

Arabs comprise more than one-fifth of Israel’s population of nearly 9 million people. They hold 18 seats in Israel’s parliament, the Knesset. An Israeli-Arab has sat on the country’s supreme court and a growing number serve in the nation’s army.

CAP Executive Vice President Winnie Stachelberg tried to set the table for Omar, noting the new congresswoman had acknowledged that her some of her comments “had inadvertently echoed stereotypes against Jews.” Omar rambled a bit in response, ultimately saying, “I, I think, am at a breaking point where we’re starting to have a conversation about what it means to be of people that harbor hate and the kind of journey we can all be on in fighting against discrimination collectively while still having the freedom to debate foreign policy and not only think about how we engage our allies but also how we criticize and hold them accountable.”

Omar did not take questions from reporters.

After criticizing the Boycott, Divestment Sanctions (BDS) movement as “not helpful in getting that two-state solution” during her campaign, Omar endorsed it after her election. BDS is seen as anti-Semitic because it singles out the world’s only Jewish state and seeks to isolate Israel politically, economically and culturally.

She also attempted to deflect criticism by talking about attending at a service at a Minnesota synagogue after October’s murder of 11 people inside a Pittsburgh synagogue.

“We cannot stand up to one kind of hate while inflaming hate against a religion or nationality,” Omar said.