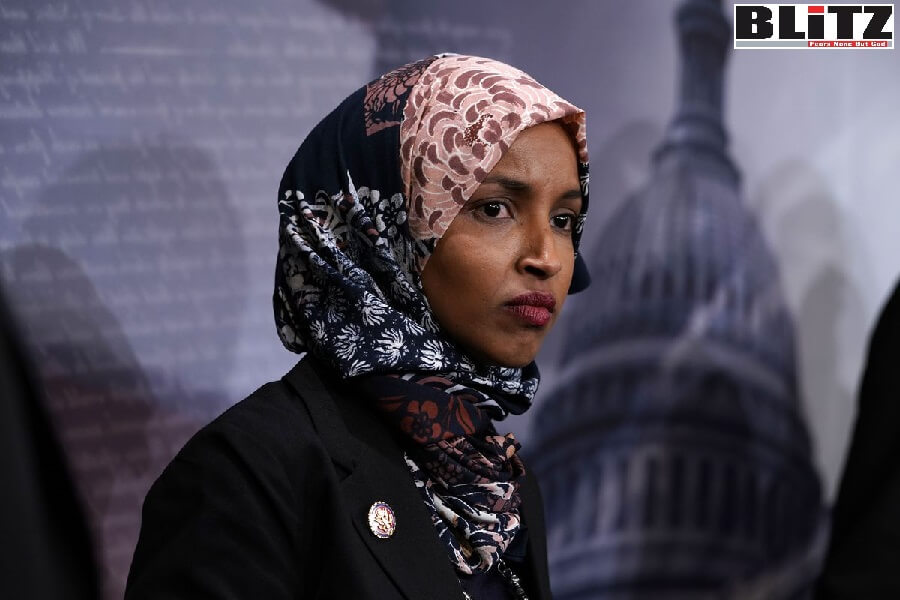 Scandalous Ilhan Omar has now made the most notorious bid of equating mega-terror outfit Hamas with the United States and Israel, While she has been blindly endorsing terrorist acts of Palestinian Arabs and Hamas, in a tweet she said: “We must have the same level of accountability and justice for all victims of crimes against humanity. We have seen unthinkable atrocities committed by the US, Hamas, Israel, Afghanistan, and the Taliban. I asked @SecBlinken where people are supposed to go for justice.

Commenting on Ilhan Omar’s tweet, Robert Spencer, counterterrorism expert and editor of Jihad Watch said: “If anyone accuses her of hating the nation that gave her refuge and which she purports to represent in one of its highest legislative bodies, she will hotly deny the charge, accuse her accusers of “racism,” “misogyny,” and “Islamophobia,” and claim that she only criticizes America because she loves it and wants to improve it. However, her casual equivalence of the U.S. and Israel, both of which make great efforts to avoid civilian casualties, with jihad terror groups that target civilians and use them as human shields, demonstrates her bad faith. She may not know, but in her position has a responsibility to know, the differences between the groups she is equating. She has a responsibility not to retail propaganda, but to tell the truth to the American people. Instead, this”.

Ilhan Omar’s stance on the Israeli-Palestinian conflict — unapologetically pro-Palestinian — fits with this profile, broadly speaking. It has helped make her into a darling of the insurgent left, which is highly critical of the Democratic establishment’s generically pro-Israel view. Yet when Omar talks about Israel, she has a bad habit of saying things that feed into anti-Semitic stereotypes.

In 2012, she tweeted that “Israel has hypnotized the world, may Allah awaken the people and help them see the evil doings of Israel.” The tweet implied that Israel and its supporters were secretly tricking the world into supporting it, a longtime anti-Semitic trope for which Omar apologized after taking office in January.

“I heard from Jewish orgs. that my use of the word ‘hypnotize’ and the ugly sentiment it holds was offensive,” she tweeted. “I spent … little energy [in] disavowing the anti-Semitic trope I unknowingly used, which is unfortunate and offensive.”

In mid-February, Omar created another stir when she tweeted that support for Israel in the US Congress was “all about the Benjamins,” suggesting that the pro-Israel lobby AIPAC was buying off American politicians. This smacked of the well-worn conspiracy theory that Jewish financiers buy off American politicians, and led to Democratic leadership publicly condemning Omar’s comments.