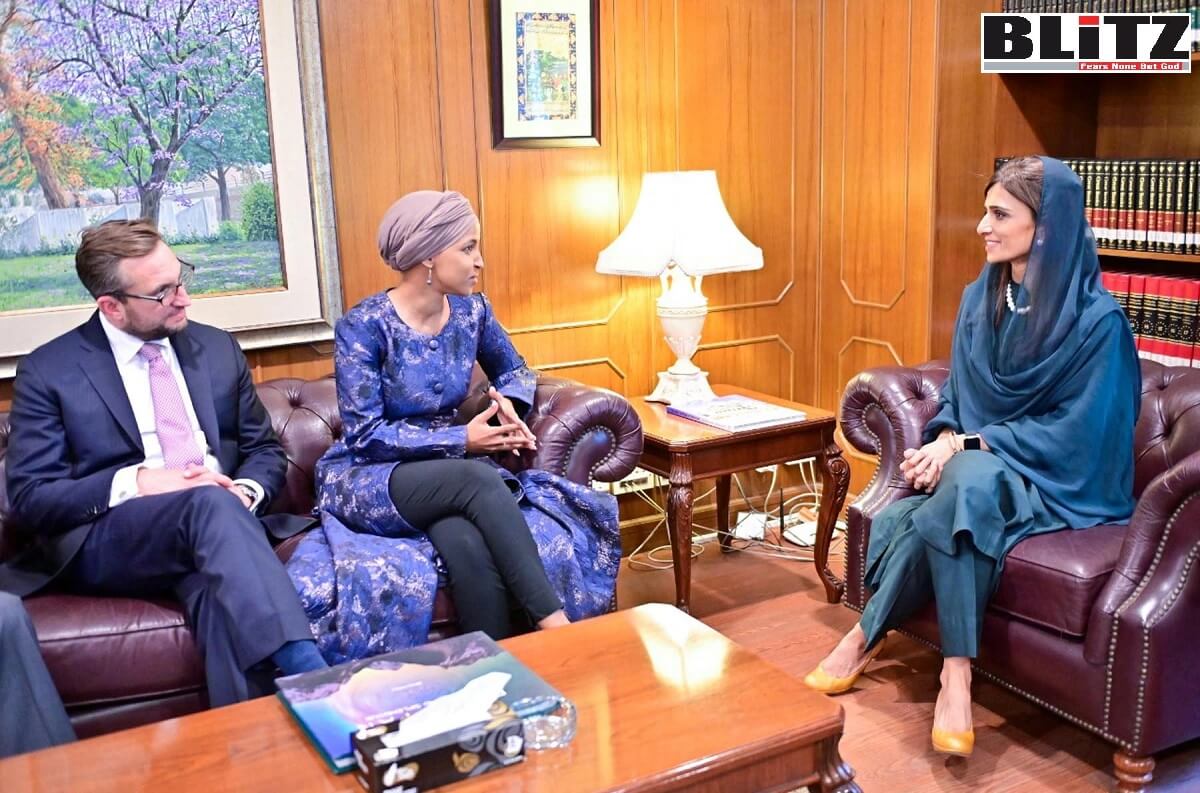 Radical Islam and jihad appeaser Ilhan Omar may be ousted from the House Foreign Affairs Committee over several past “antisemitic” remarks and dubious activities.

House Minority Leader Kevin McCarthy is wasting little time ahead of his expected takeover of the Speakership from Democratic leader Nancy Pelosi come January when the new Republican majority is sworn in.

In comments on Saturday, the California Republican said that he plans to remove Rep. Ilhan Omar (D-Minn.) from the House Foreign Affairs Committee over several past “antisemitic” remarks.

“We watch antisemitism grow, not just on our campuses, but we watched it grow In the halls of Congress,” he told the Republican Jewish Coalition’s 2022 leadership meeting in Las Vegas.

“I promised you last year that as Speaker, she will no longer be on Foreign Affairs, and I’m keeping that promise,” he said as the audience cheered, Fox News reported.

A clip of McCarthy making his pledge was posted to Twitter. A user update accompanying the video clip noted: “The Speaker does not have the power to remove a member from a standing committee. Foreign Affairs is a standing committee. Each party has their own rules and procedures for assigning committee roles. Only a majority vote by the entire house could remove Rep. Omar.”

McCarthy is the top candidate for the Speakership, but he can’t afford to lose many votes due to the party’s slim majority.

Since being elected to Congress in 2018, Omar has made several controversial comments widely deemed to perpetuate antisemitic tropes, including saying it was “all about the Benjamins” for the American Israel Public Affairs Committee and tweeting, “We have seen unthinkable atrocities committed by the U.S., Hamas, Israel, Afghanistan, and the Taliban,” which was seen as equating Israel and the U.S. to the Taliban.

Before joining Congress, Omar claimed in a tweet that Israel had “hypnotized the world.” After she was elected, she submitted a resolution to the House that compared boycotting Israel to boycotting the Nazi regime in 1930s Germany.

For his part, McCarthy also condemned Rep. Majorie Taylor Greene (R-Ga.) last year after she said, “Vaccinated employees get a vaccination logo just like the Nazi’s forced Jewish people to wear a gold star.” Her remarks, according to McCarthy were viewed as minimizing the Holocaust.

At the time, Democrats, who were in the majority, voted to remove Greene from her committee assignments. McCarthy said he would reinstate Greene to those assignments, and she has vowed to support him for Speaker.

In April, Omar was blasted for complaining about a group of Christians breaking into song on a commercial flight.

Some details about the flight remain unknown, such as whether it was a charter flight, when the flight actually occurred, and the travel itinerary. It was also unclear how old the video is.

“I think my family and I should have a prayer session next time I am on a plane,” Omar wrote in a Twitter post containing the video clip to her 3 million followers on the platform. “How do you think it will end?”

As of this writing, the clip has been viewed more than 34 million times.

Many on social media sounded off on Omar over here tweet:

Vernon Jones, a Black pro-Trump former Democrat: “Why do you hate Christians, Ilhan? If the freedom of religion we enjoy here in America disturbs you, feel free to pack your bags and head back to Somalia, Sudan, or wherever you’re from. Take your brother with you.”

Kurt Schlichter: “I think you should shut up and stop being a bigot.”

Jose de Jesus Ortiz: “I like to sleep on a plane. I would have been a tad annoyed by this, but this tweet by Ilhan Omar is tone death [sic] and perhaps even anti Christian even. FYI, @IlhanMN , many families have prayer sessions on planes before, after, during flights. I pray before & upon landing.”

Jason Osborne: “Oh good lord it’s clearly a charter flight. No masks, but sure, let’s make an issue and on Easter no less.”

Asra Q. Nomani: “One thing upon which we can depend: Ilhan Omar/CAIR is a perpetual participant in the Oppression Olympics. And as Easter begins, she has to compete with a Christian ‘prayer session.’”

Joe Pags Pagliarulo: “Why does this person who lives free and liberated because of the compassion of our country not appreciate that we’re a Judeo-Christian society uniquely founded to protect those of all faiths? Why does she constantly denigrate the place that offered her so much? Praying for her”.