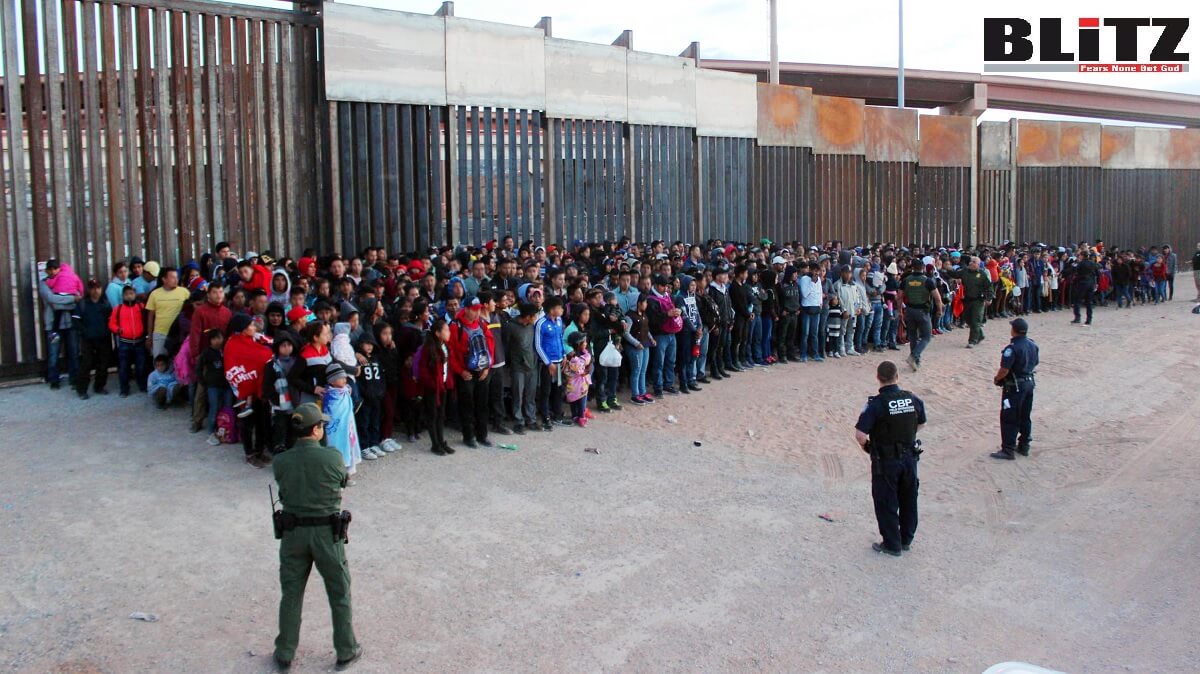 Joe Biden has turned each of the US borders widely-open which is enabling illegal migrants entering the country without any obstruction and they can ride on Uber to reach any of the cities in the country. According to an unofficial survey, since Biden entered the White House, hundreds of thousands of aliens are entering the United States, while a large segment of these people are terrorists and members of Islamist militancy outlets.

A stunning video reveals the wide-open status of the United States’ southern border with Mexico, after Joe Biden took office and eliminated most of the security measures such as the Remain in Mexico policy and the wall construction begun by President Trump.

The report, from Ali Bradley of NewsNation, even documented how one illegal alien “told us he took an Uber from Tijuana to this drop off point”.

Further, the report explains, “He says he was told that ‘the border is open'”.

Bradley reported, “AZ: 400+ migrants crossed into Yuma this morning – The ones I talked to say they are from Moldova, Russia & Cuba. One Moldovan man told us he took an Uber from Tijuana to this drop off point. He says he was told that ‘the border is open”.

The report pointed out this was as Title 42 “hangs in the balance”.

That was a process instituted under President Trump that factored in COVID circumstances and threats when turning illegal aliens back away from America.

Trump’s border wall was under construction and effective in halting illegal entries at some points. His Remain in Mexico plan had people seeking asylum stay beyond the border while their circumstances were evaluated.

Joe Biden ended all such programs, and since then millions of illegal aliens have breached America’s border, mostly to be let run free by the Biden administration.

The future of Title 42 is pending before the US Supreme Court at this point.

To which Tom Hennessy said, “You misspelled illegal aliens”.

Several acknowledged that Joe Biden is personally responsible for the crisis he created at the border.

Biden, meanwhile, has designated Kamala Harris, vice president, as the point person on the international catastrophe and it’s unclear what she’s done to work on the problem, besides a highly promoted trip to Central America where she told people the border is closed.

She also suggested that America make Central America as good economically and socially as the United States, so that the incentive to be an illegal alien is removed.