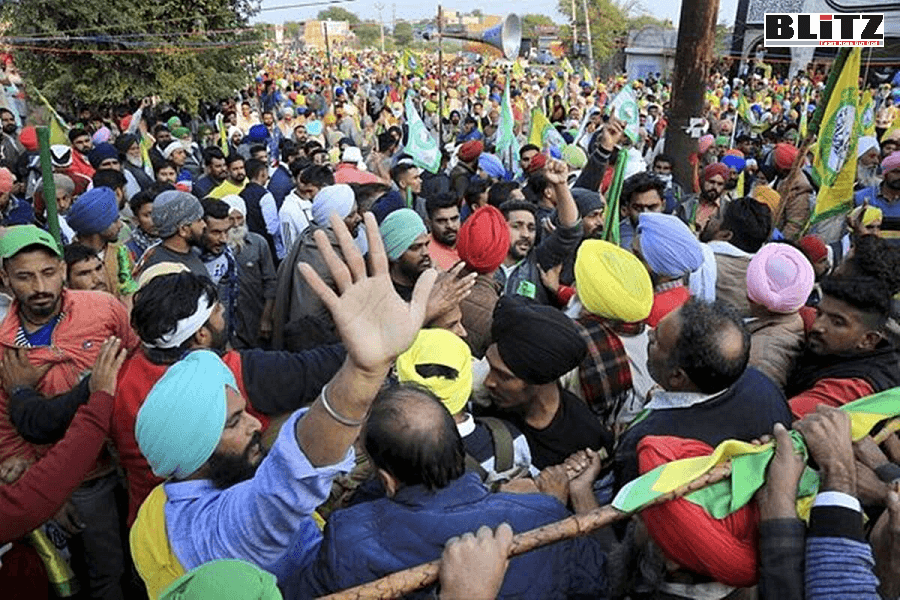 The largest democracy in the world has finally shown its undemocratic face by gauging the voice of the people and has blocked ‘Kishan Andolan’ keywords, possibly to hide this farmer’s protest from the attention of the masses in India. It is unknown as to when the authorities have imposed this undemocratic blocking of kisan andolan words.

According to media reports, farmers from across India have been protesting against the three new farm laws that were passed by the Centre in September last year. They fear that the new laws will leave them at the mercy of corporations and end the minimum support price (MSP) for important crops.

Meanwhile, Indian authorities are putting pressure on online portals with instruction of removing any content on the ongoing Kisan Andolan.

Almost one hundred farmers have mysteriously died during the ongoing Kisan Andolan, while few of them are believed to have committed suicide.

Commenting on the blocking access to the ‘Kisan Andolan’ words by the Indian authorities, rights activists said: “It is a naked example of how farmers are being deceived, repressed and persecuted in India for decades. International rights groups should immediately speak-out against this undemocratic behavior of the Indian authorities.