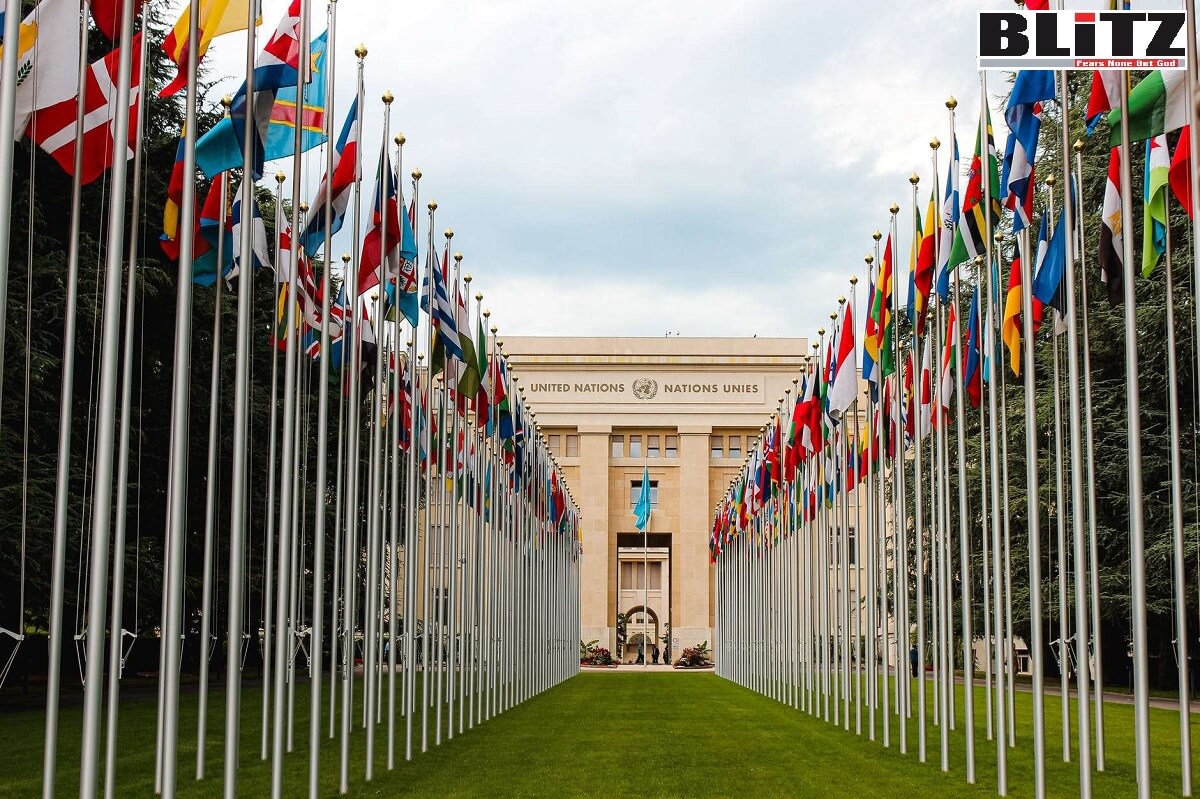 Palestinians want to take Israel to the International Court of Justice for allegedly denying the Palestinian people the right to self-determination. A key UN committee approved a draft resolution on November 11, 2022 where India, a long-time ally of the Jewish State and Ukraine voted against Israel. During the voting process of this draft resolution, Palestinian envoy said: “There will come a day, when our people will bring the flag of Palestine over the churches of Jerusalem and the mosques of Jerusalem and Haram al-Sharif [Temple Mount]”.

According to the Associated Press, the measure was vehemently opposed by Israel, which argued it would destroy any chance of reconciliation with the Palestinians.

The vote in the General Assembly’s Special Political and Decolonization Committee was 98-17, with 52 abstentions. The resolution will now go to the 193-member assembly for a final vote before the end of 2022, when it is virtually certain of approval.

The United Kingdom and France abstained.

All of the Arab states, including Israel’s new allies Bahrain and UAE, approved the anti-Israel measure. Ukraine also voted in favor. Most importantly, Israel’s long-time ally India has also supported the resolution, meaning, Indian key policymakers also want Israel to be tried in the International Court of Justice although its opinions are non-bonding.

The draft claims Israel has violated Palestinian rights to self-determination “from its prolonged occupation, settlement and annexation of the Palestinian territory occupied since 1967, including measures aimed at altering the demographic composition, character and status of the holy city of Jerusalem, and from its adoption of related discriminatory legislation and measures”.

It would ask the court for an opinion on how these Israeli policies and practices “affect the legal status of the occupation, and what are the legal consequences that arise for all states and the United Nations from this status”.

The call for a new opinion was one of six Palestinian-related resolutions approved by the committee.

Before the vote, Israel’s UN. Ambassador Gilad Erdan told UN member nations they had a choice on whether to support negotiations or “to be an accomplice in destroying any hope for reconciliation” and perpetuating the Israeli-Palestinian conflict.

He warned that “involving a judicial organ in a decades-old conflict only to dictate one side’s demands on the other ensures many more years of stagnation”.

“By coopting the court”, Erdan said, “the Palestinians are given the perfect excuse to continue boycotting the negotiating table to perpetuate the conflict”.

After the vote, the Palestinian UN ambassador, Riyad Mansour, expressed gratitude to member states that approved all six resolutions and cited Palestinian President Mahmoud Abbas’ speech at the annual General Assembly in September that urged for the mobilizing of “all the components of our international law-based order, including international justice”.

Mansour thanked the countries that supported the resolution and said that “nothing justifies standing with Israeli occupation and annexation, its displacement and dispossession of our people”.

It may be mentioned here that, India has never extended support to the Jewish State whenever any crucial or important resolution is introduced. It may also be mentioned here that, while Israelis and Jewish population throughout the world are extremely sympathetic to Ukraine, Volodymyr Zelensky has also clearly signaled, he or his country is not at all favorable to Israel, instead are heavily inclined towards Palestinians.

Meanwhile, Israel has condemned Ukraine’s decision to vote in favor of an anti-Israel resolution at the United Nations, as Kyiv continues to pressure the Jewish state to provide it with advanced weaponry.

On November 12, 2022, Israeli ambassador to Ukraine, Michael Brodsky, took Kyiv to task after the Ukrainian delegation to the United Nations voted in favor of a draft resolution in the General Assembly’s Special Political and Decolonization Committee backed by the Palestinian Authority’s delegation.

Brodsky took to Twitter shortly after the vote, calling Ukraine out over its UN vote.