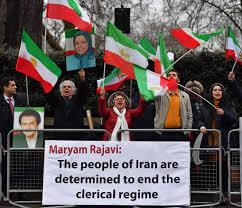 This is the fifth instalment of my continuous articles on Iran. In most of the previous articles, I have taken help and references from numerous online sources as well interviewed people in Iran to give up-to-date information on what is happening in that country. I am grateful to thousands of Iranian pro-democracy people, who are continuing to contact me giving me more and more information on the latest happenings in that country. For the sake of security of those people, I shall not disclose their identities, but will be informing my readers with all those information they are providing to me.

Iran – a sophisticated nation with rich cultural heritage, many ethnic groups and political fractions – Communist, Tudeh, left alliance, Monarchists, constitutional Republicans, Regional Nationalists – Christians, Jews, Muslims and of course Islamists – all voting for an Islamic Republic? Obviously not! But it continues to happen since the imposition of Sharia Law by Ayatollah Khomeini in 1979.

Commenting on country’s voting system, 98.2 per cent of Iranians say, voting style there style reminiscent of the old Soviet Union. There were 24-25 million votes counted in a nation with eligible voters of about 15 million in 1979, while population of Iran at that time was around 38 million people. There had been around 60 per cent of votes coming from newly enrolled young voters, who were much below the age of 18.

Referendums usually attract anything between 40-80% of voter turnout. There is no record of 100 per cent votes in any referendum in the world. Same is with any general elections as well. On this mathematical basis there should have been only 10-11 million voters in the April Fools Day Referendum of 1979 in Iran under Ayatollah Khomeini. Of which at best 7 million might have voted for an Islamic Republic of Iran with Sharia Law as the only law of the country, allowing Mullahs to virtually murder people with excuse of violating Islamic code.

What the mullahs did in 1979 was clearly fake and fraudulent actions in simply attaining a license to forcibly impose Sharia Law on this sophisticated nation. Such things are still continuing in Iran, even during the very recent election where master devil like Ahmedinejad managed re-election.

Ahmedinejad was chosen by the Supreme Leader of Iran in 2005, simply through the above mentioned fraudulent system. The Supreme Leader liked him because Ahmedinejad served in the Revolutionary Guards [a notorious armed group]; worked for a while in the mullahs prisons torturing, raping and executing regime opponents; Then as Mayor of Tehran, and because he was of humble non-mullah background in a nation increasingly questioning of the legitimacy of the mullah regime, and finally obedient and loyal to the Supreme Leader as his pawn and front.

The mullahs in Iran have been in power for 31 years, and there are major problems in the country, mainly related to the ineptitude and corruption of the mullah regime kleptocracy. People are greatly unhappy over this regime and they are possibly keeping their fingers crossed to see immediate demise of this regime. They are protesting, openly and secretly against the Mullahs. Thousands of such protesters have already sacrificed their lives being executed by the notorious Mullahs of Iran for denouncing Sharia Rule. Female protesters, including those college girls arrested during the recent protest after the fraudulent election, were raped inside prison by the members of Revolutionary Guard of Prison guards. But, still, the fires of anger in the minds of Iranian people are increasing, every day – every hour.

Iran under the mullahs is one of the most corrupt regimes on earth. Endemic corruption destroys real economic development. But under the mullahs rule, corruption is allowed to flourish because many of the mullahs have become multi-millionaires and billionaires from this system of patronage, and corruption. They have hidden off-shore bank account, while most of the family members of these Mullahs in power are enjoying lavish luxurious lives inside and outside Iran. Ahmedinejad is no exception from such corruption. He is another beneficiary of Mullah Regime’s kleptocracy.

Iran has rich natural resources with huge oil reserve. But, the beneficiaries of such huge natural resources are not the people of Iran, but those Mullahs who are at the administration of the country. In addition the oil industry is monopolized by mullah cronies and the Revolutionary Guard, such that Iran a nation that once exported 5.5 billion barrels a year in the 1970’s now exports a meagre 2.4 billion a year and declining, for lack of investment from the corrupt mullah government swimming in petro-dollar profits.

On condition of anonymity, a source inside Iran told me that, while Iran’s unemployment is on sharp rise, forcing many of the females into prostitution, members of ‘Privileged Families’ in Iran [those families of Mullahs and their relatives], are spending life almost similar to Arab sheikhs and monarchs. Son of an influential ‘Ayatollah’ in Iran runs a huge bar in United Arab Emirates, where beautiful Iranian girls are regularly trafficked to sell sex to foreign tourists and rich Arab sheikhs.

The source said, many of the members of such ‘Privileged Families’ are provided required fund for running business from the secret fund of the Mullah Regime. Due to such unusual benefit, a large number of such people have started business outlets in various countries in the world with investment received from Mullah’s secret fund. It further said, many of the Islamist groups and parties as well as terrorist outfits are regularly funded by the Mullahs either from its secret fund or from the fund generated from diversified businesses captured by the Revolutionary Guard.

Another family members of an influential Mullah in Iran is engaged in drug trafficking thus maintaining a huge network inside Afghanistan for import of drugs thus selling it to various Arab nations as well as Western destinations.

“There are hidden chambers inside most of the containers owned by state-owned Iranian shipping lines, which are used for hiding drugs for trafficking into Western destinations”, the source said.

Before any such shipment, a special contingent of Revolutionary Guard is deployed within the port Bander Abbas area as well other smaller ports to ensure secrecy of such hidden shipment of drugs to Western nations. Iranian regime considers such drug trafficking as part of their ‘holy war’ against the West.

Another source in Iran said, the Mullah regime is maintaining a secret printing project strictly guarded by Revolutionary Guards in Fars procince, where, the regime is continuing to manufacture counterfeit Euro and US Dollars, thus smuggling it through its own network via East Europe and a number of Asian nations. It is also noted that, some rackets inside United Arab Emirates and Turkmenistan are connected with such network of trafficking and circulating counterfeit currencies in the world. The printing presses supplied by United States to Shah of Iran are being used in production of such counterfeit currencies.

In 1992, a Congressional Task Force in United States released a report [Number 660], where Representative Bill McCollum [Republican of Florida] said, “The fact of the matter is that the Iranian government, in cooperation with Syria, has undertaken a massive counterfeiting campaign in order to alleviate their financial difficulties and pursue economic warfare against the West.”

McCollum, chairman of the House Task Force on Terrorism and Unconventional Warfare, which authored the report, said the “origins of this strategy go back to Iran’s efforts to rebuild its economy in the wake of the Iran-Iraq war. When it became apparent that Iraq’s exports could not meet its hard-currency needs the plan for a counterfeit operation was devised.”

Iran is an important center of the global counterfeiting industry. Several Iranian attempts to flood the world market with high-quality fake US dollar notes were uncovered during the 1990s. However, the volumes circulated were not such as could severely harm the American economy. Iran’s relative advantage in this respect is its access to advanced technologies, which enable it to produce fake 100-dollar bills of outstanding quality [the so-called “Super Dollars” or “Super Notes”]. The manufacture of “Super Dollars” requires a combination of photogravure printmaking, sophisticated printing blocks, special ink and paper, proficiency in color separation, and the technical ability to reproduce security features [e.g., security stripes]. These technologies and know-how are typical of national authorities, not of terror and crime organizations, let alone individuals. Iran owes these advanced capabilities to none other than the United States, who supplied them to the Shah’s regime; the Ayatollahs’ regimes employed them to forge American money.

In order to ward off incriminating evidence and avoid an entanglement with the United States, Iran chose to use Hezbollah [and possibly other Lebanese elements as well] as personnel for the manufacture and circulation of counterfeit notes. To this effect, Iran shipped counterfeit notes to Lebanon and supplied it with advanced technologies. In the early 1990s, “Super Dollar” notes surfaced in Lebanon’s Bekaa. It seems that in the initial stage these notes were printed in Tehran, and Lebanon was used only as distribution center. However, at some point in the early 1990s, Iran provided Lebanon with intaglio machines, and the Baalbek region in Syrian-controlled Bekaa became a production and marketing center of “Super Dollar” notes.

Possibly Iran is not only producing counterfeit Western currencies, but is also producing counterfeit currency of other countries including Saudi Arabia, Kuwait, Qatar, Korea, India Thailand and Malaysia. And it has already been proved! Last year [2009] during last part of December, acting on a tip-off from the manager of a garment outlet, a special team of the Mylapore police in India nabbed Ms. Mortazavi Asraf [62] at a shopping mall where she gave the currency to purchase clothes. The accused had 46 fake notes of 500-rupee denomination in her purse, police sources said.

Asraf arrived in Chennai on December 3 along with her family members to undergo training in ‘Raja Yoga Meditation’ at an ashram here. Though investigation is on to ascertain the exact source of the counterfeit currency, the accused told investigators that she got it from a money exchanger authorised by the Central Bank of Iran. “Preliminary enquiries revealed that the woman had come to Chennai on a couple of occasions. Since she claimed to have got the money from an authorised money exchanger in Iran, we are alerting the Interpol Cell in the Central Bureau of Investigation for appropriate action,” Commissioner of Police T. Rajendran told India’s largest English language daily The Hindu.

Investigators said the counterfeit currency was being sent to the Indian Security Press at Nashik for analysis. “Though the notes appeared to be original, some security features were missing. We also got the opinion of a nationalized bank before registering a case,” a police official said. According to a report of the Indian Ministry of Home Affairs, Rs.186 million worth counterfeit currency notes were seized in India between April 2008 and March 2009, of which Rs.134 million was recovered by the Reserve Bank of India. Sources indicate that high-quality fake Indian Currency Notes are being printed in Iran and smuggled into India by established networks.