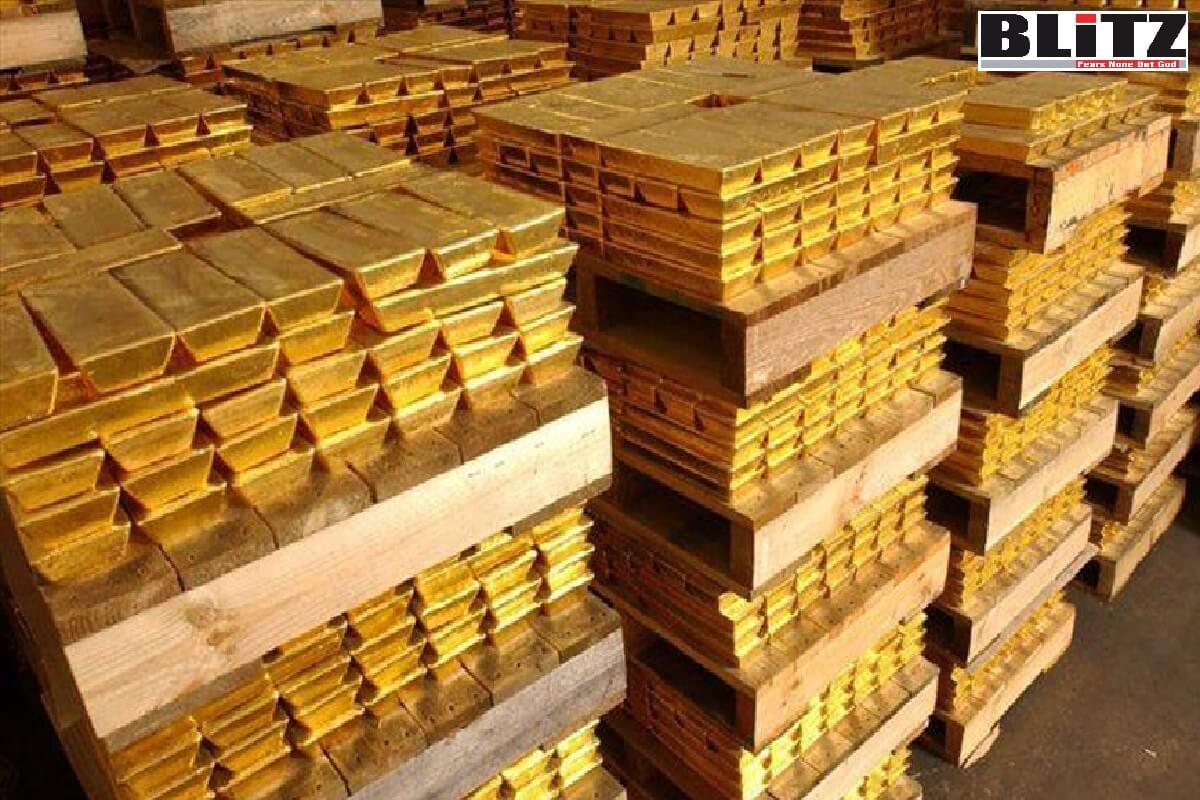 Iranian mullah regime is involved in smuggling of Venezuelan gold proceeds of which are being used to finance Lebanese jihadist outfit Hezbollah. A confidential document from Lloyds Marine insurance company has revealed this shocking information.

In a confidential warning to its clients, London-based Lloyds Marine Insurance Company said that the Quds Force of the Islamic Revolutionary Guard Corps and Hezbollah illegally send gold from Venezuela to Iran to finance the terrorist activities of Tehran-backed militias in Lebanon, bypassing sanctions.

The document issued on October 28 is titled: Illicit trade and transfer of gold and Iranian oil – IRGC Quds Force and Hezbollah.

“The purpose of this e-alert is to inform the market of the illicit shipment of gold by the Quds Force of the Islamic Revolutionary Guard Corps (IRGC) and Hezbollah from Venezuela to Iran to raise funds for terrorist activities, facilitated by the sale of Iranian oil, in contravention of sanctions”, reads the letter.

Lloyds further added that Mahan Air flights from Caracas to Tehran are being used as an illicit channel to ship gold to pay for Iranian oil, in breach of applicable sanctions.

Mahan Air is a privately owned Iranian airline linked to the IRGC sanctioned by US Department of Treasury’s Office of Foreign Assets Control (OFAC) for weapons transfers.

“The gold is then sold in Turkey, and other Middle Eastern countries, to generate funds for terrorist activity”, the leaked document alleged.

According to a source, Qatar, Jordan and several private parties in Dubai are the major buyers of these gold consignments, which are transported from Iran by hiding gold inside commercial cargoes.

Lloyds also identifies some people who have been easing the illegal shipment of gold from Venezuela on behalf of the IRGC Qods Force.

The first actor, according to Lloyds, is Hezbollah’s representative in Iran Ali Kassir, who is also a US OFAC designee under the SDGT program (Global Sanctions Regulation against Terrorism).

The other is Muhammad Jaafar Kassir, who is a senior Hezbollah official also designated by OFAC for his illegal activities linked with the militant group.

The Iranian airline Mahan Air is introduced as the third actor in the unlawful acquisition and shipment of gold from Venezuela on behalf of the IRGC Quds Force.

Lloyds Marine Insurance Company has also called on its clients to observe enhanced due diligence measures if any of the entities mentioned are involved, as the coverage provided could indirectly expose the managing agents to risks of terrorist financing, money laundering and tax evasion.

US former Special Representative for Venezuela, Elliot Abrams for the first time in April 2020 announced that Iran is receiving gold for sending gasoline to Caracas.

Iranian officials denied receiving payment for fuel shipped to Venezuela by that time. However, Yahya Rahim-Safavi, a top Revolutionary Guards officer, who is Supreme Leader Ali Khamenei’s advisor in military affairs, told state media later in 2020 that “We gave gasoline to Venezuela and received gold bullion and we brought the gold with airplanes to Iran to prevent any incident during transit”.

Argentina grounded an Iran-linked Venezuelan Boeing 747 cargo plane on June 12, 2022 after it landed in Buenos Aires without any prior announcements.

Washington on August 3, 2022 asked permission to confiscate the plane impounded in Argentina on suspicions of links to international terrorist groups.

Based on revealed documents, there are other airplanes that are used for taking gold from Caracas to Tehran, but the seizure and future confiscation of the Boeing, which is already in Ezeiza airport in Buenos Aires, is a major step to erode Hezbollah’s economic resources.

The 47-year-old Iranian businessman controlled the load of gold that he obtained at a discounted price in exchange for the oil shipments to Venezuela. He was the person, who sold the golds on the black market in Turkey, and as a result millions of dollars were used to finance Hezbollah’s terrorist acts in the Middle East.