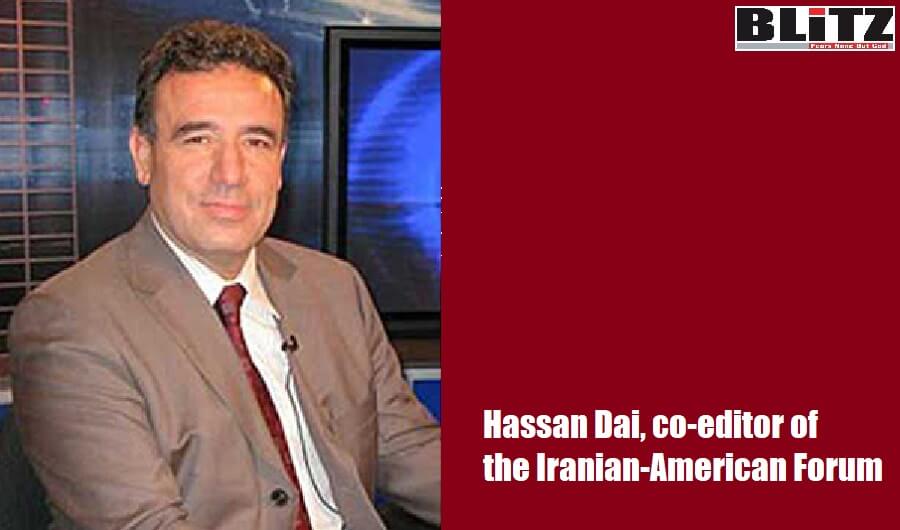 Hassan Dai, co-editor of the Iranian-American Forum, spoke to Marilyn Stern, communications coordinator at the Middle East Forum an April 30 on a webinar about the pro-Iranian-regime lobby in America. According to Dai, the majority of Iranian-Americans “despise” the clerical regime in Tehran, but most are “not fully engaged in political activism”. Still the divide between the Iranian people and the regime is getting wider and deeper.

Their reticence is attributable in part to fear of retribution by the regime against family members who have remained in Iran, as well as fear of losing the ability to safely return to see their relations. As well, a dearth of experience with political organizing, pessimism about prospects for regime change, and efforts by the ayatollahs to foment division among exile groups have contributed to this passivity.

Consequently, the relatively small minority of Iranian-Americans who support the regime have exerted oversized influence in the U.S. by partnering with non-Iranian interest groups who have a stake in American appeasement of Tehran. The American Iranian Council (AIC) was founded in 1997 with funding from oil companies and other business interests that stood to profit from the lifting of U.S. economic sanctions on Iran. With the support of Tehran’s foreign ministry, AIC-backed “Iran experts” played a high-profile role in the U.S. media promoting “friendship with Iran.”

Trita Parsi, who formerly worked as director of development for AIC, founded the National Iranian-American Council (NIAC) in 2002. It drew funding from left-leaning foundations such as George Soros’s Open Society Foundations, the Rockefeller Brothers Fund (RBF), and the Ploughshares Fund. The NIAC presented itself as an advocacy group working on behalf of the Iranian-American community, but as with AIC few Iranian-Americans were actively involved with the group. Though Parsi sought to recruit second-generation Iranian-Americans who have been educated on American campuses and veer to the left politically, the NIAC is believed to have only “a few hundred members,” said Dai.

The NIAC forged alliances with anti-war and leftist organizations that opposed the George W. Bush administration in the wake of the 2003 U.S.-led invasion of Iraq. As tensions between the U.S. and Iran mounted in 2005 and 2006 over the latter’s nuclear program, the NIAC and its allies “espoused the Iranian regime’s propaganda campaign that Iran is a victim of U.S. warmonger[s] … seeking a pretext to wage a military attack against Iran.” They proved adept at cultivating media contacts eager to “give a platform” to Parsi and his views.

The Obama administration closely embraced Parsi and the NIAC as it worked to broker the 2015 Iran nuclear deal, or Joint Comprehensive Plan of Action (JCPOA), convinced that American “friendship” with the regime would moderate its foreign policy.

However, the NIAC’s influence has weakened in recent years. Dai said the NIAC’s “main narrative has been discredited” because the “regime’s own behavior after [the] nuclear deal debunked the myth of moderation.” The “moderates” who were expected to affect policy change in Iran were shown to be “simply tools and [a] façade for [the] Revolutionary Guard.” With mass protests, unrest, and brutal government crackdowns spreading throughout Iran in the last two years, Parsi’s cozy relationship with Iranian officials became more of a liability.

As the NIAC became increasingly stigmatized as a mouthpiece for the Iranian regime, Parsi stepped down as its leader and in 2019 cofounded the Quincy Institute for Responsible Statecraft. Funded by many of the same foundations as NIAC, the Quincy Institute’s mission is to promote accommodationist American foreign policy across the board, not just on Iran. An expose on the Quincy Institute was recently published by Armin Rosen for Tablet magazine.

Iranian-Americans are starting to awaken to the deleterious effect of pro-regime lobbying by organizations like NIAC and the Quincy Institute. They have been more active in countering pro-regime narratives as recent developments in Iran have made the prospect of regime collapse more realistic, explained Dai:

A number of bona fide Iranian-American organizations in the United States have begun taking their activism to the halls of Congress, most notably Dr. Saeed Ganji’s National Union for Democracy in Iran (NUFDI). Joining his efforts are human rights organizations and “civil society and women’s rights activists.”

In order to make further progress in challenging the pro-regime lobby’s narrative and influence, Dai stressed the need for anti-regime activists and their organizations to “be bipartisan – to not get involved with American politics” in view of the polarized political climate in the country.