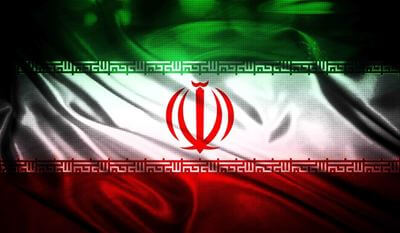 The officials told Fox news they had uncovered the unusual routes that Iran apparently took to try avoiding detection.

Two rare and unusual Qeshm Fars Air flights were identified from Tehran to the international airport in Beirut during the past two months.

According to Fox News, one of the flights in which a Boeing 747 that departed on July 9 from an air force base in Tehran, stopped for a short layover at the international airport in Damascus, continuing with a rather “uncharacteristic flight path” to the Beirut international airport and landing at about 4 pm in Lebanon.

Fox News added that the second unusual flight was conducted on August 2. After departing Tehran’s international airport, flight number QFZ9960 landed in Beirut at 5:59 pm. This time, the plane did not stop for a layover in Damascus. However, it followed a slightly irregular route north of Syria.

Fars Air Qeshm halted its activity in 2013 amid administrative failures, but restarted its operation in March 2017. Among the members of the company’s board are three Revolutionary Guards members: Ali Naghi Gol Parsta, Hamid Reza Pahlvani and Gholamreza Qhasemi.

A Mideast intelligence official who asked to remain anonymous told Fox News, “The Iranians are trying to come up with new ways and routes to smuggle weapons from Iran to its allies in the Middle East, testing and defying the West’s abilities to track them down.”

US and Israeli officials, as well as other western intelligence sources, have presented evidence that Iran has operated weapons manufacturing facilities in Lebanon, Syria and Yemen.

The move is meant to give Tehran the means to hit regional foes, the sources said, and would place Israel within direct striking distance.

The Zelzal, Fateh-110 and Zolfaqar missiles in question have ranges of about 200 km to 700 km, putting Saudi Arabia’s capital Riyadh or Tel Aviv within striking distance if the weapons were deployed in southern or western Iraq.

A senior Israeli official said in response to the military cooperation agreement signed between Tehran and Damascus that the “IDF will continue operating with full determination against Iran’s attempts to transfer military forces and weapons systems to Syria.”

“The prime minister has set the struggle against Iran’s military entrenchment as a central goal, just as he did with the cancellation of the Iranian nuclear deal, which he achieved despite the fact it seemed impossible then,” the official said.

Israel’s fight against Iranian presence in Syria is done “both on the diplomatic level and on the military level,” the senior official said.

Prime Minister Benjamin Netanyahu “will continue putting additional pressure on the Iranian regime, pressure that is already bearing fruit—the president of Iran has admitted that many among the people have lost faith in the future of the Islamic Republic and its power under the shadow of the sanctions.”

But despite Israeli and US pressure, Tehran’s military attaché to Damascus, Abolqassem Alinejad, said Tuesday that Iran will maintain its military presence in Syria.

Iranian Defense Minister Amir Hatami visited Damascus on Saturday for talks with Syrian President Bashar Assad and senior military officials. He signed a deal for military cooperation in a meeting with his Syrian counterpart, but details of the accord were not revealed.

“The continued presence of Iranian (military) advisers in Syria was part of this military cooperation agreement between Tehran and Damascus,” the state news agency IRNA quoted Alinejad as saying.

The accord also emphasized the importance of Syria’s territorial integrity and sovereignty, he said, adding that it came into effect on the day of its signing.

Iran’s Revolutionary Guards have sent weapons and thousands of soldiers to Syria to help shore up Assad during the seven-year-long civil war there.

Lebanese newspaper Al-Akhbar, which is affiliated with Hezbollah, reported on Tuesday that the US is negotiating with Syria on the withdrawal of American forces from the country on condition that Iranian forces fully withdraw from southern Syria.

Blitz could not confirm the report from other sources..

Public Security Minister Gilad Erdan told Ynet that “The US also understands the immense damage caused by the Iranian presence in the Middle East, but (removing Iran from Syria) is primarily a direct Israeli interest.”

Erdan dubbed the agreement between Iran and Syria a “shady plan meant to establish Iranian forces.”

“This campaign is long term and will not be decided in the coming weeks or months. This is a campaign that entails the collection of intelligence and very specific decisions. There are regional interests involved,” he went on to say.

Erdan stressed Israel would not accept Iranian presence in Syria and said the IDF would “demonstrate to (Syrian President Assad) the price he would have to pay if he allows (the Iranians) to remain in Syria.”

The public security minister explained that while Assad was fighting for survival, he could let the Iranians into his country because he “didn’t have much to lose.” But once he resumed control of most of Syria, “leaving an Iranian force there would lead to Israel having to confront it in Assad’s territory. If he doesn’t understand that, he will once he sees kinetic strike in Syria,” he elaborated.