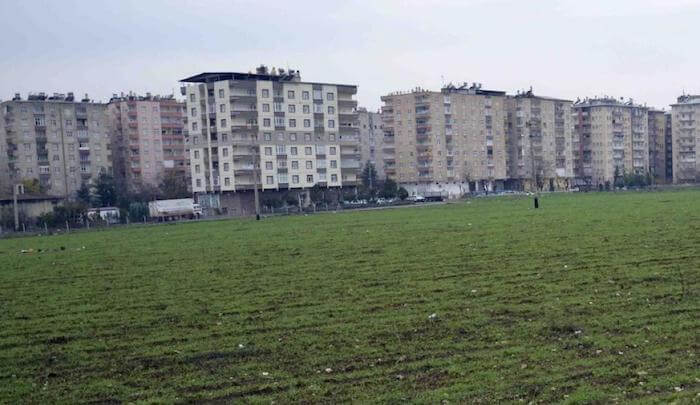 Here’s a real story of stolen land and refugees with no right of return. Where are the descendants of Şurupçu Agop Efendi? Can they have their land back?

In the heart of Turkey’s southeastern province of Diyarbakır, a 400-acre plot of land filled with wheat and barely has been attracting attention as citizens have been entrenched in a decades-long legal battle over its rightful ownership.

Because the land is located in the city, realtors have estimated that each acre is valued at 1 million Turkish lira. Aside from a railway that passes through the middle of the plot and a couple of buildings, there’s been no other construction on the land.

The history of the land dates back to the Armenians who fled or were killed during the 1915 Armenian Genocide. It is said that a significant parcel of the land belongs to Şurupçu Agop Efendi, an Armenian man who supposedly lived in Diyarbakır before the genocide but has never been heard from since.

However, during the cadastral survey study that began in Diyarbakır in 1950, the land, which was registered with a title deed in several peoples’ names, brought along with it several years of legal struggles. Cadastral surveying is the process of establishing boundaries for the legal creation of properties.

The first lawsuit was filed in 1954 by Hüseyin Uluğ and Ahmet and Mehmet Arcak in Diyarbakır’s Civil Courts of First Instance alleging that their 350 acres of the land was only shown as 147 acres on paper.

Then Nuri Özbostancı and his heirs claimed that the plaintiffs in the case resorted to completing their land registration with fake documents while their own names were registered during the cadastral survey works in the 1950s. Özbostancı wanted the case to be thrown out.

The court that decided the case in 1964 ruled to revise the land registry. However, a year later, the Supreme Court overturned the decision on the grounds that the Cadastral Court had the authority to take over the case.

Meanwhile, several people and institutions claiming to be the rightful owners also turned to the courts. The Treasury claimed that the land should be given to them since it had belonged to non-Muslims who were fugitives, lost, or whose whereabouts were unknown.

According to Neymetullah Gündüz, an attorney with nearly 40 years of experience in Diyarbakır, the legal basis for the Treasury to seize property from non-Muslims stems from Ottoman history.

“In 1915, the Law on Liquidation was enacted in order to confiscate the property of non-Muslims. According to this law, which is still in force, if the non-Muslim Ottoman citizen was a fugitive, if they were wanted or if the person has used weapons against the state, their citizenship was taken away, and their goods were seized and transferred to the Treasury,” Gündüz explained.