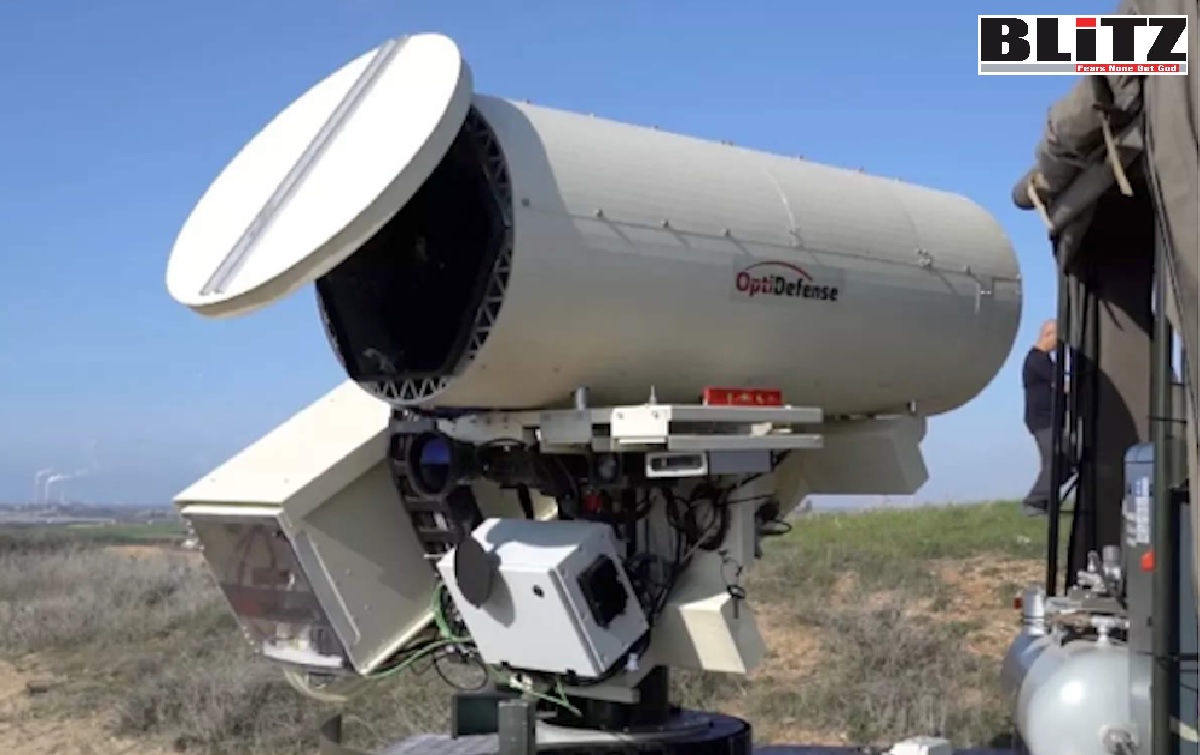 As a result of the growing fresh breeze of cordial relations between Israel and the Arab countries, the Jewish State plans to ask Joe Biden to approve the delivery of a “game-changing” Israeli laser-based air defense system to Arab nations, including Saudi Arabia, seeking to fight Iranian evil mullah mafia regime.

According to media reports, this new laser air defense system that can shoot down drones, rockets, mortars, and anti-tank missiles.

According to Brig. Gen. Yaniv Rotem, the head of the Israeli ministry’s research and development team, the “Iron Beam” defense system underwent a series of tests in March 2022 at challenging ranges and timings.

The ministry shared a video of the trial where the Iron Beam could be seen intercepting a mortar, rocket, and an unmanned aerial vehicle in Negev desert.

“This is the world’s first energy-based weapons system that uses a laser to shoot down incoming UAVs, rockets and mortars at a cost of US$3.50 per shot”, Prime Minster Naftali Bennett wrote on Twitter.

Israel has been testing the laser-based defense system for several years and is among the first countries to use such capabilities.

Earlier in June 2021, Israel announced shooting down a drone with the laser-based defense system.

In February this year, Prime Minister Bennett announced that Tel Aviv would deploy the system within the year. He also said that the country would offer the technology to its allies.

The missile interception technology is expected to reduce the high costs currently incurred while shooting down aerial threats. Israel is intending to build the laser with 100 kilowatts of power, which will be capable of detecting drones up to a maximum range of 20 kilometers (12.4 miles).

The ground-based laser system is being developed to enhance the prowess of the existing air defense systems including the Iron Dome, David’s Sling, and Arrow. It is expected to be deployed on land, air, and the sea.

According to Israel’s Channel 12 News, the Iron Beam system, whose prototype was unveiled in 2021 would be delivered to the United Arab Emirates (UAE) and “likely also to Saudi Arabia”. The system is still years away from becoming operational.

The news comes on the heels of reports of secret, US-brokered talks between Israel, Saudi Arabia, Qatar, the United Arab Emirates, Jordan and Egypt aimed at forming a regional alliance against Iranian aerial threats.

Saudi and Qatari participation is significant, as neither of the countries formally recognizes Israel.

A US official said earlier this month that President Joe Biden’s visit to the Middle East next month would include discussions on “new innovations between our countries that use laser technologies to defeat missiles and other airborne threats”.

Meanwhile, on June 27, 2022 Israeli Defense Minister Benny Gantz seemed to confirm this by stating, “We are building our broad partnership with more countries in the region to ensure a secure, stable and prosperous Middle East. Among other things, this also includes aerial defense”.

Gantz expressed his hope that Biden’s visit “will have a positive influence and maybe even bring a breakthrough in our ability to act against Iranian aggression in the region”.

Israel is in talks with the US Defense Department to explore American partnership with the Iron Beam system. According to Hebrew media reports, during his visit, Biden will visit the Palmachim Air Base, where the IDF will give him a presentation on the Iron Beam’s capabilities.

The laser system has successfully intercepted missiles, drones, mortars, and anti-tank rockets during tests in April 2022. But it is still years away from becoming operational.

A laser defense system would be significantly less expensive to maintain than the current Iron Dome. While the Qassam rockets used by Hamas are said to cost US$300-US$800 apiece, one Iron Dome interceptor missile costs around US$50,000.

Outgoing Israeli Prime Minister Naftali Bennett has described the Iron Beam as a “game changer” that will “bankrupt” Israel’s enemies.