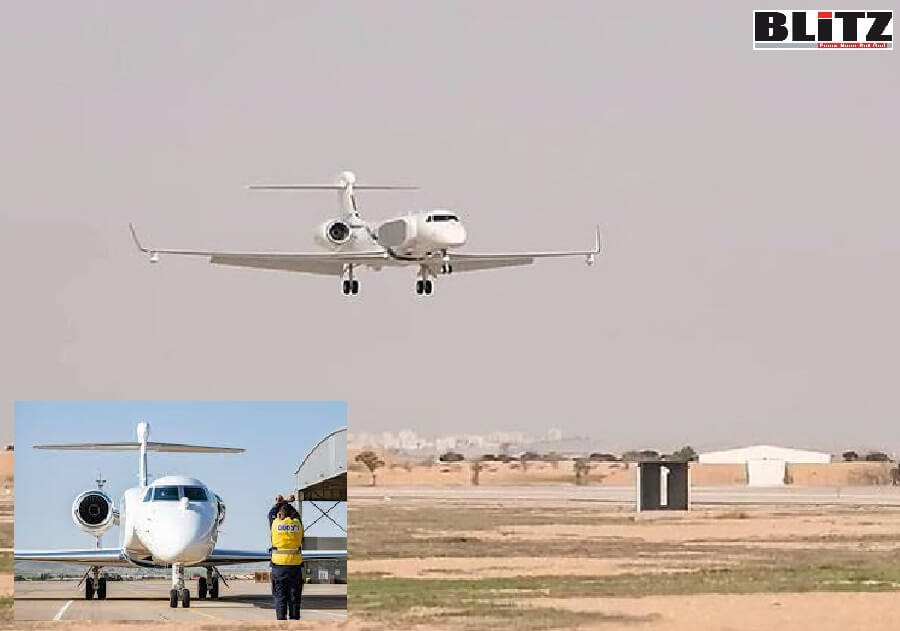 Israel received its latest hi-tech aircraft that will improve its effectiveness in the sky. Called the Oron, the converted Gulfstream G550 is a platform Israel has used in the past. The latest aircraft, developed by Israel’s Directorate of Defense Research and Development and the Israel Ministry of Defense with the Israeli Air Force, navy and intelligence services is a significant leap for Israel’s intelligence superiority. Israel currently operates the advanced F-35 joint strike fighter, which it has used extensively. Israel’s air force is among the strongest in the region and increasingly a key partner for the United States in joint drills.

The aircraft was acquired officially by Israel’s air force on Easter Sunday when it arrived for a ceremony. The commanding officer of the IAF, Maj. Gen. Aluf Amikam Norkin, said that “this aircraft will vastly improve our effectiveness.” The Oron is the first aircraft of its kind in terms of this generation of intelligence gathering. It landed in Israel’s Nevatim airbase. Israel Aerospace Industries (IAI) was the primary contractor on the aircraft.

“The aircraft, developed in light of IDF and IMOD lessons learned from operations, will also be equipped with data processing algorithms based on advanced data science and artificial intelligence capabilities; the aircraft will enable the IDF to maintain its intelligence superiority in the face of emerging challenges,” Israel’s IDF said in a statement.

The new plane will be equipped with cutting-edge sensors including an advanced radar system produced by IAI. “These systems will enable the IDF to generate an unprecedented depth and scope of intelligence in real-time, in any weather or visibility conditions, during routine operations and conflict,” Israel says. It will operate with the 122nd Nachshon squadron alongside other intelligence planes Israel uses. Israel uses the G550 Shavit aircraft as part of its classified Shavit electronic intelligence (ELINT) outfit. Israel also uses the G550 for its Eitam aircraft which is an airborne warning configuration. As such the squadron already has several Shavit and Eitam aircraft, which will now be joined by the new plane.

At the acquisition ceremony, Norkin praised the Israeli Air Force and the Oron. He said that it would enable the Air Force to further enhance its operational and intelligence superiority in the face of emerging threats and security challenges.

“This mission aircraft will provide the IDF with unprecedented, innovative ISR capabilities using groundbreaking sensing systems—the onboard radar system and a variety of sensors. These systems will stream valuable data to the intelligence units. The use of Artificial Intelligence (AI) technology will enable an efficient and automated data processing system, which will produce actionable intelligence in real-time, enhancing the effectiveness of IDF operational activities,” said Brig. Gen. Yaniv Rotem, the head of Military Research and Development in the Ministry of Defense.

IAI also praised the new aircraft. “IAI is proud to provide the IMOD and the IDF with the most advanced Intelligence, Surveillance & Reconnaissance (ISR) aircraft in the world,” said IAI vice president and CEO of Elta, Yoav Tourgeman. “It will provide unprecedented information-gathering capabilities above and beyond what has been available to date. This unique Israeli technology will support the IDF’s operational demands in various arenas, with an emphasis on the IAF’s highly challenging missions. IAI is the home of Israel’s Special Mission Aircraft and a world leader in this field.”

Israel is a world leader in these types of strategic special mission aircraft. They are important for keeping Israel one step ahead of its adversaries. Along with special mission aircraft, Israel uses a plethora of drones and its two F-35 squadrons in operations. Israel’s air defenses are multi-layered and recently have announced new capabilities against cruise missiles and drones. Amid Iran tensions.

This article is republished from the Middle East Forum