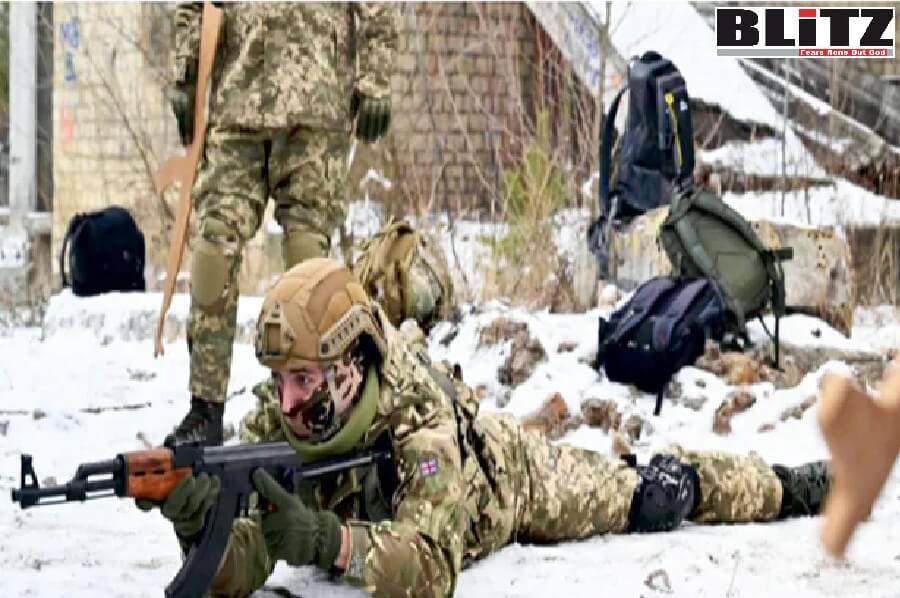 Although a Facebook post calling on Israelis to join Ukrainians defending their country has been taken down from the Ukrainian Embassy’s website, many Israelis with or without roots in Ukraine are still planning to go and fight.

Andrei Glembutzky is almost 50, but he plans to find a way to reach Ukraine from his current home in Bat Yam and join the battle.

“I’m trying to find a way to get there,” he relates. “I still don’t know how I’ll manage it, but I really, really want to get to Ukraine to fight. I tried calling the Consulate but didn’t manage to get through to them yet. But I heard that there’s a group of people making arrangements, and I’m going to try and make contact with them.

Asked if he’s frightened of putting himself in such danger, Glembutzky replies, “Of course – I’m human, after all. But this is something I have to do. And it’s something I can do. I arrived in Israel when I was 24 and joined the army and I did reserve duty every year that I was called up. Now I’m going to pick up a weapon again to fight the Russians.”

According to Glembutzky’s wife, who was at a demonstration on Sunday near the Tel Aviv consulate, there are large numbers of people determined to go to Ukraine to fight.

Another of them is Genya Vassergold, from Rishon Letzion. “I immigrated from Russia to Israel in 2000,” he relates. “Now I’m going back to fight the Russian army.

“Here, I’m considered a Russian,” he continues, describing his complex situation. “But back there, I’m considered a Jew. And that’s what I am, first and foremost. As Jews, we know how to understand what’s going on,” he stresses. “There’s no other nation who understands like we do. Injustice, inequality, being subject to the whims of a single person who rules the lives of many – these are all things we can relate to. This is a question of justice, of a people that deserves to live however it wants. If we don’t stand up for their rights today, tomorrow it will be our turn.”

Vassergold served in the Kfir Brigade during his mandatory service. “This morning, the Ukrainian government issued a statement stating that anyone can come and receive military training and fight. I contacted the Ukrainian Embassy here in Israel and still have not received an answer but because they are officially calling for volunteers, I will try to arrange things through them. But if that doesn’t work out then I’ll make my own way there.”

Another potential recruit is Shai Dahan, 25 years of age, from Kfar Saba, a former soldier in the Armored Corps. “I’m volunteering in order to help Ukrainians,” he told Channel 12. “More and more people are talking about going out there to help, to fight – the idea is really gaining momentum. I didn’t actually see the Facebook post a lot of people saw,” he adds. “I came up with the idea on my own, and I feel that I can contribute.

“It’s infuriating to see what’s going on,” he says. “It drives me crazy to see how easy it is to brainwash someone into doing things like they’re doing out there. As humans, we have to do what we can to help, regardless of nationality. I got messages from people on Facebook telling me how Ukrainians hate Israelis, but the way I see it, with all the incitement here in Israel, it’s just as easy if not more to find Jews who hate other Jews even more than the Ukrainians hate us. I still want to help,” he concludes.

This item is republished from the Arutz Sheva