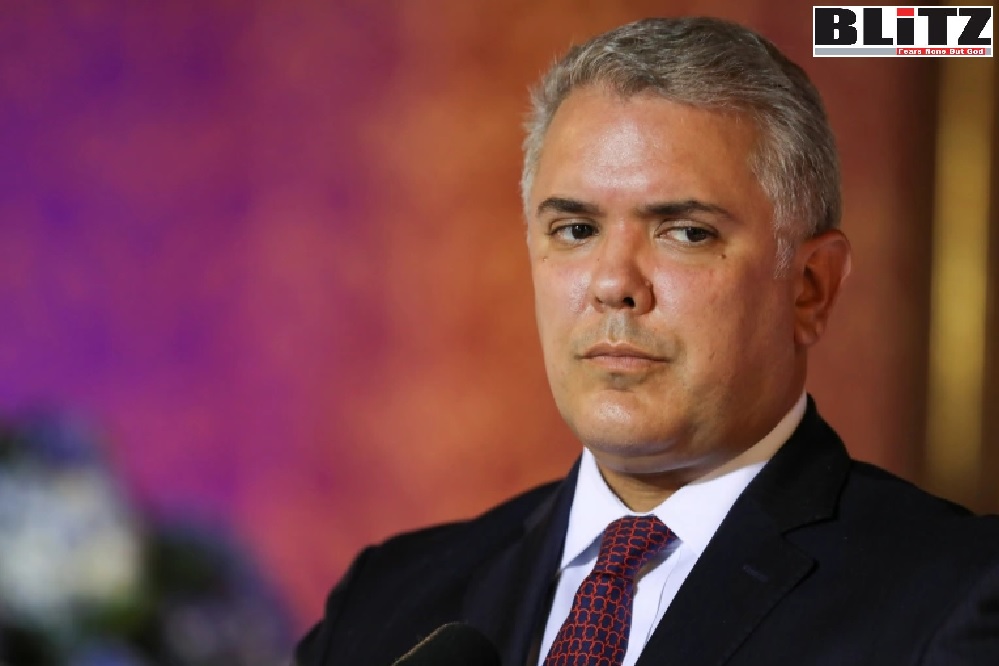 Ramírez highlights that it is a simple lobby on the part of Iván Duque, who has always put his personal interests above Colombia. Writes Paul Antonopoulos

Colombian president Iván Duque announced on his social media that his country is officially a non-NATO strategic ally. With less than two months to go until the end of his government, the Colombian president will seemingly be replaced with a centre-left candidate, the first in the country’s history.

“We welcome the memorandum sent by US President Joe Biden and the Secretary of State, which formalizes the designation of Colombia as a strategic non-member ally of NATO. A decision that reaffirms the good ties in our bilateral relations,” Duque wrote on Twitter on May 23.

The South American country will now have privileges when it comes to accessing the US military industry and extensive financing for procurements. However, this action by Duque has not been welcomed by the Colombian opposition, who showed their rejection of the announcement and reiterated that it is just one more move by the current administration to try and bolster the presidential elections that will have its second round on June 19.

Sandra Ramírez, a senator for the opposition Commons Party, said: “Colombia as an extra ally of NATO does not benefit us at all. On the contrary, we join their interventionist and war policies. In addition, it goes against sovereignty, which in the end is the voice of the majority of Colombians, and which is anchored to the self-determination of the peoples.”

Ramírez highlights that it is a simple lobby on the part of Duque, who has always put his personal interests above Colombia. “Surely that’s what his advisers told him and that’s why he spent so much time lobbying and not governing. NATO represents a policy of war and here we want a policy of peace and social inclusion to prevail. With this agreement we will continue to be at the mercy of US interests, which we reject.”

With Gustavo Petro, founder of the centre-left Humane Colombia, leading the polls and expected to be the next president of the Latin American country, Ramírez says he must reverse Duque’s decision and leave the NATO program immediately to focus his energies on solving local problems instead.

Another Commons Party Senator, Carlos Antonio Lozada, says that according to his sources, “Petro will get out of any military agreement that ties us to the geopolitical interests of the United States, which would be aimed against strengthening regional integration.”

A Major Non-NATO Ally (MNNA) does not mean that in the event that Colombia suffers external aggression, the US will intercede to protect the country, as is the case with actual members states. In this way, Colombia’s only advantage is that it can gain access to American weapons – at a time when much of South America is moving towards the just as effective but far cheaper Russian and Chinese weaponry.

The process for Colombia’s MNNA status began on March 10 during the meeting between Duque and Biden at the White House. Colombia thus joined the list of 17 MNNA countries, being the third in Latin America after Brazil and Argentina. The other allies are Australia, Egypt, Israel, Japan, South Korea, Jordan, New Zealand, Thailand, Kuwait, Morocco, Pakistan, Bahrain, the Philippines, Afghanistan and Tunisia.

Colombia having MNNA status certainly makes the June 19 election all the more interesting, especially when considering this could be the country’s most historic election as for the first time a progressive candidate could be president of the country.

As Colombia has a central place for US policy in Latin America, the second round vote then holds an even greater importance for Washington, which closely observes events in the world’s leading cocaine-producing country.

For the South American country, a progressive government could mean more favorable conditions for the strengthening of Latin American integration. Colombia, with its first potential progressive president, could leave behind a foreign policy that looks exclusively at the US and be an active part of continental integration. But until then, the question remains whether Petro would engage in the task of reversing Colombia’s MNNA status.