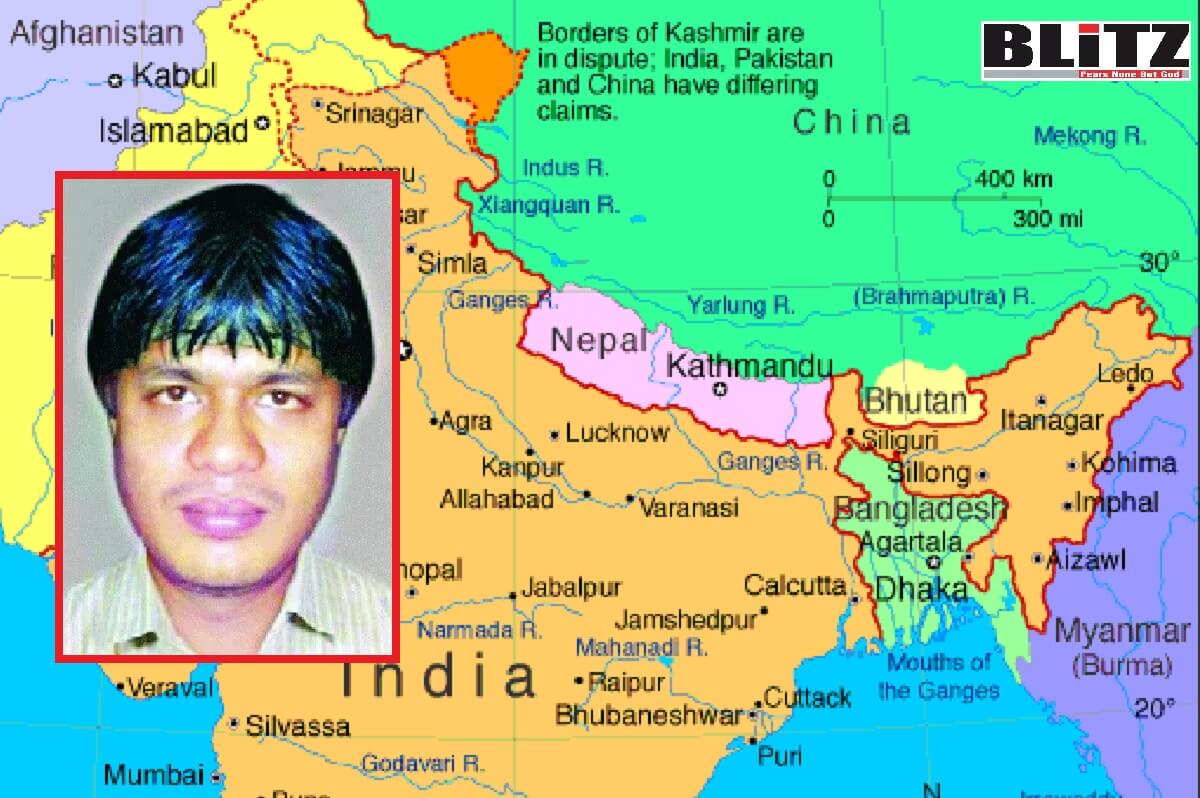 Sitting in West Bengal in India, a notorious member of the armed group of Jamaat-e-Islami has been running illegal activities, including contract killing, extortion, dealing in counterfeit Indian currency and drugs as well trafficking in Rohingya Muslims into India.

According to intelligence sources, Sazzad Hussain Khan, son of Abdul Goni of Jan Ali Nogor Chalitatoli area under Bayejid Bostami Police Station has been a dangerous name in Bangladesh since 1997 when he joined the armed gang of Jamaat-e-Islami under the command of top terrorist Nasir alias Gittu Nasir. On June 2, 1999, Sazzad Hussain Khan murdered Panchlaish Word Council’s Councilor Liaqot Ali Khan in front of his residence. This has brought Sazzad in the limelight.

One year later, on July 12, 2000 Sazzad participated in the killing mission of eight individuals including six members of the student wing of Awami League. This incident took place at broad-day-light where Sazzad had used AK47 rifle. On October 1, 2000, Sazzad Hussain Khan was arrested with AK47 rifle and got released from prison in 2004 on bail. Within days of getting released, he fled the country and had illegally entered India.

On March 27, 2008 Sazzad Hussain Khan was handed death sentence by a court in Chittagong for his involvement in the murder of 8 people on July 12, 2000. As the matter went to the apex court for hearing of the death reference, Sazzad Hussain Khan got acquitted on April 17, 2014 for “lack of evidences”.

According to police sources, there are more than a dozen of cases and warrants of arrest against Sazzad Hussain Khan in various police stations in Bangladesh on allegations of murder, dealing in arms, extortion, abduction etcetera.

As Bangladesh Police had requested INTERPOL vide a letter on April 14, 2012 with the request of issuing Red Notice on this dangerous terrorist accordingly on November 7, 2012, Sazzad Hussain Khan was arrested in Amritsar in Punjab province in India. Following his arrest, Bangladesh’s Ministry of Home Affairs held numerous meetings with the Indian counterpart with the goal of getting Sazzad Hussain Khan extradited. Meanwhile, several influential quarters, including some leaders of Indian National Congress and Trinamool Congress continued efforts in obstructing Sazzad’s extradition to Bangladesh and large amount of cash was spent to set him free on bail. Subsequently, Sazzad Hussain Khan, who had earlier managed Indian nationality succeeded in getting released from Tihar Jail on bail.

It is learnt that Sazzad Hussain Khan married a female in Punjab using fake identity as Abdullah. He has managed Indian ‘Adhar’ card and passport in this name. According to sources, on February 22, 2022, Bangladesh Police has once again written to INTERPOL requesting arrest and extradition of this notorious terrorist.

According to intelligence sources, after managing Indian passport, Sazzad Hussain Khan alias Abdullah has been shuttling between India and the United Arab Emirates, while it is also learnt that this notorious terrorist is maintaining deeper links with Pakistani spy agency Inter-Service Intelligence (ISI) and been running business of dealing in counterfeit Indian currency notes. A source said, under the direct command of Sazzad alias Abdullah, hundreds of millions of counterfeit Indian currency notes are being circulated by several organized gangs within Punjab, Tamil Nadu, West Bengal and other provinces. He also is involved in dealing in drugs and trafficking of Rohingya Muslims.

Another source said, Sazzad Hussain Khan alias Abdullah is maintaining regular contacts with Hizbul Mujahedin as well as jihadist and terrorist groups in Jammu and Kashmir while he works as one of the key handlers of Pakistani spy agency ISI.