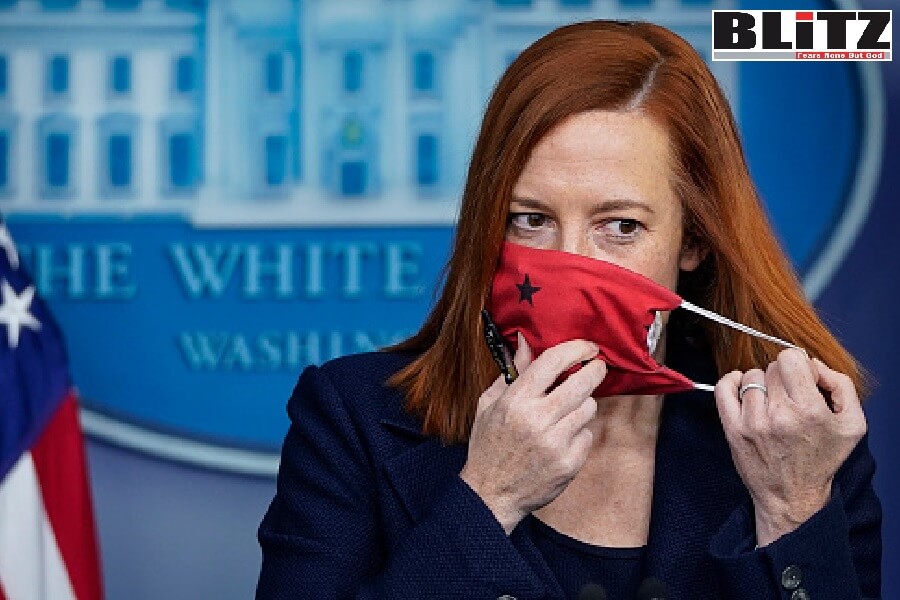 White House Press Secretary Jen Psaki acted in disbelief when asked about the suspicious timing of mask mandates being dropped just before President Joe Biden’s State of the Union Address.

“Was it important to the President that masks come off before the State of the Union? Is there a message that he hopes to send with that news?” a reporter asked Psaki during the White House press briefing.

“Well, I would say the President is very powerful, but he couldn’t make us be in the green zone that we’re in right now in D.C. That’s why we are not required — we’re not going to be required to wear masks starting tomorrow. So I would say that for him it had nothing to do with the timing around the State of the Union. He wanted to give the CDC the time to assess and make recommendations that would be clear to the American public about what their recommendations would be for mask-wearing moving forward,” Psaki responded.

Many can clearly see the suspiciousness of mask mandates being dropped for the Capitol Building on the same day as Biden’s State of the Union Address.

It was announced on Sunday night that mask-wearing is now optional for Biden’s address on Tuesday night.

“COVID19 layered protection measures such as vaccination emphasis, and daily home health screening inventory prior to coming to work should continue,” he added.

This comes on the heels of a new survey finding that half of those surveyed by Rasmussen think Biden should be impeached from office.

And what’s more, almost as many surveyed think that’s what Republicans will do if the party wins back control of the House in the 2022 midterms.

If Biden were to get impeached, he would face trial in what could be a GOP-controlled Senate after the midterms.

The survey comes amid a dramatic shift in approval ratings for both Biden and Vice President Kamala Harris over their first year in office.

In early December, for instance, an I&I/TIPP poll found that barely one-third of Democrat respondents want Biden to run for reelection.

The survey asked respondents, “Who do you want to see run for president on the Democratic ticket in 2024?”

Even among Democrats, specifically, Biden fails to see overwhelming support, as only 37 percent say they want to see him run again on the Democrat ticket in the next presidential election cycle. Another 16 percent of Democrats chose Harris, and 13 percent, overall, remain unsure.

37 percent of independents say they are “not sure” who they want to see run on the Democrat ticket, but only eight percent say it should be Biden.

“But only 8% of independents and other non-major party voters also want Biden back as Democratic standard-bearer,” TIPP noted.

“And 10% want Harris, not Biden. For Biden, that suggests near non-existent support among independents, the swing voters who make up a third or more of all those who go to the polls each election,” the survey added.

“Even Democrats seem less than enthused about Biden holding the top spot. Just 37% want him there,” the poll revealed.

“And only 16% give Harris the nod as presidential standard-bearer, alarming given that Vice President Harris is next in line to be president should Biden not complete his term in office,” the survey continued.