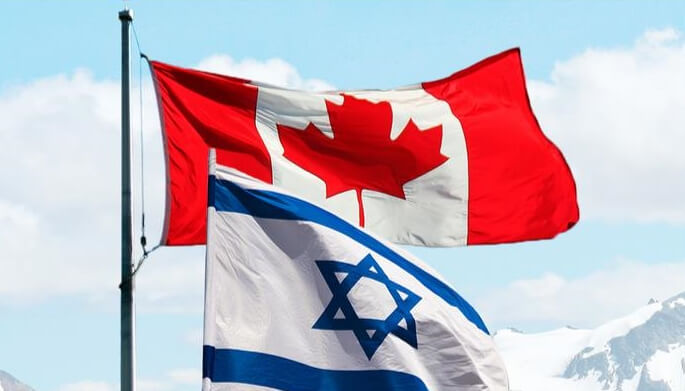 Following the rise and spread of radical Islam in Canada, now the country is witnessing rise in hate crimes where Jewish population are becoming main targets. After steady but relatively small increases since 2014, police-reported hate crime in Canada rose sharply in 2017, up 47 percent over the previous year, Canadian government agency Statistics Canada reported on Thursday. The increase was largely in hate-related property crimes, such as graffiti and vandalism.

For the year of 2017, Canadian police reported 2,073 hate crimes, 664 more than in 2016. Higher numbers were seen across most types of hate crime, with incidents targeting mainly Jewish Muslim while there also were attacks on the Muslims and Black populations accounting for most of the national increase.

Hate crimes against religion accounted for 41% of all hate crime in Canada in 2017 and the number of such hate crimes was up significantly from 2016. There were 842 hate crimes targeting religious groups in 2017, up 83 percent from the previous year.

Among the provinces, the greatest increase in the overall number of police-reported hate crimes was observed in Ontario, Canada’s most populous province, where incidents rose from 612 in 2016 to 1,023 in 2017 (+67 percent). This increase was largely tied to more hate crimes targeting the Muslim (+207 percent), Black (+84 percent) and Jewish (+41 percent) populations.

Quebec reported a 50 percent increase in hate crimes, rising from 327 to 489. The increase was the result of crimes against the Muslim population, which almost tripled from 41 in 2016 to 117 in 2017. Reports of hate crimes against Muslims peaked in February, the month following the mass shooting at the Islamic Cultural Centre of Québec, and accounted for 26 percent of Quebec’s annual reported incidents targeting Muslims. Most importantly, attacks on the Muslims mostly were from the Christian, Black, Sikh and Hindu community. A large proportion of Muslim LGBT community also became target of such hate crimes.

Increases in hate crimes were also reported in Alberta and British Columbia.

The report noted that Canada’s population has become more diverse as the proportion of Canadians who report being foreign-born, non-Christian, or gay, lesbian, bisexual or in a same-sex relationship continues to grow. For example, one-fifth of Canada’s population was foreign-born in 2016 and, by 2036 this could range from 24.5 percent to 30.0 percent.

Since comparable data became available in 2009, the number of police-reported hate crime has ranged from a low of 1,167 incidents in 2013 to a high of 2,073 in 2017. But the report also pointed out that despite the large increase, hate crimes in 2017 represented a small proportion of overall crime at 0.1 percent of the more than 1.9 million non-traffic crimes reported by police services that year.