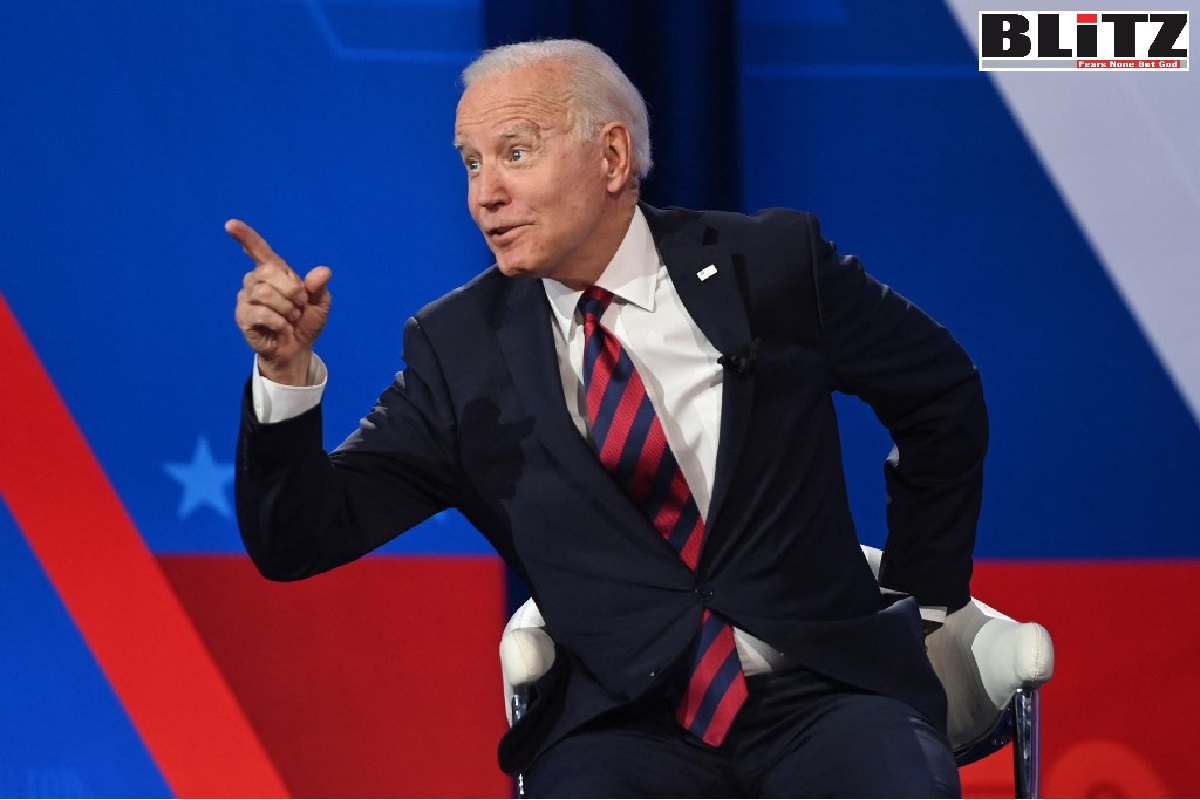 With Ukraine war coming to an end soon, following failed attempts of the US and its western allies in psychologically weakening Russia, Russians and Vladimir Putin, shall Joe Biden now begin a small nuclear war over Taiwan issue, as the last resort of saving his fate of getting impeached following coming November’s midterm elections. Writes Dmitry Kosyrev

How about a small nuclear war with China, if everything is already coming to an end with Ukraine? The United States and its allies have clearly matured the idea that nothing fundamentally new can be squeezed out of the Ukrainian crisis and the sanctions war, except for their own economic disasters. But without a Ukrainian aggravation, the course of events on the planet will continue to go on a knurled track – the West is weakening, all the rest are slowly strengthening. Need to do something. There remains Taiwan, around which the crisis has been developing according to the “Ukrainian” scheme for several months now.

Today we hear from Beijing that over the past month, the Chinese armed forces have been conducting their third powerful exercises (air and navy) around the island, and it is impossible otherwise, because the provocative activities of the authorities of the island and the United States are growing step by step. Something very familiar and “Ukrainian” is heard in this “otherwise it is impossible”.

Today, expert and other conversations have sharply intensified everywhere on the topic of how and what kind of conflict can happen between the United States and China, the two superpowers, and whether the use of nuclear weapons is possible there. Quite recently, really knowledgeable people wearily reminded that the seizure of Taiwan does not give China anything good in the economic and in all other senses, but today they began to think: what if Beijing, against all logic and its own will, is provoked into such an action, what then ?

There are all sorts of opinions here, for example – that there are still very few real reasons for a serious confrontation in Asia , we are rather dealing with an increase in the level of general viciousness and hysteria all over the world. But other people remind: look, the mass of Americans have long been calmly explaining to the whole world that – yes, the war here is very real and highly desirable. At least Eldridge Colby, Pentagon worker under Donald Trump, has just released the book “The Strategy of Denial: American Defense in the Age of Great Power Conflict.” And there he carries out three simple thoughts: 1) a war over Taiwan is desirable, because otherwise the rise of China cannot be stopped, 2) the United States has a chance to win such a war, 3) To do this, China must be provoked so that it looks like an aggressor.

There are people who have decided that the time has come to refresh the minds of mankind about why Taiwan is for Americans and Westerners. Dust is being brushed off old books, such as President Dwight Eisenhower’s memoirs about how the losers gained a foothold in Taiwan after the Chinese Civil War and how America was seriously ready to use nuclear weapons there against the new (that is, current) regime in Beijing. Why? Because Taiwan is the central link in the chain of islands (from Japan to the Philippines) that the United States needs to defend against communism. Since then, the situation has not fundamentally changed, America keeps China in a state of “strategic ambiguity”: attack Taiwan – guess how we will react. President Joe Biden did this recently in Tokyo, saying that yes, we will defend the island, but did not specify how, administration officials did it for him: we will help him with weapons. Well, as in Ukraine.

But to use nuclear weapons in the eastern theater of the great global game, not under Eisenhower, but today? Yes, and it is being discussed. Quite recently, there were, as it were, staff exercises (mind games) at some Center for a New American Security (actually, it was an order from one of the television programs). And they played to the point of asserting that China could well use nuclear weapons if it was driven into a corner. If only because for the authorities of the country to abandon the long-term prospect of the complete reunification of the Motherland is the same as committing suicide.

Okay, but how will the situation develop then? Serious professionals began to think about this as early as last year, for example, in the American magazine Defense Priorities. Of the important thoughts from there: about 200 Chinese nuclear warheads capable of reaching the United States are less than the arsenal of France, but one or two will be enough to inflict “unacceptable damage”. And this must be remembered when playing “strategic ambiguity”, and it is best to simply maintain stability between the powers.

And from the good facts mentioned in the publication: the capture of a large island with a population of 24 million people is a very serious undertaking, not even in terms of economic consequences for China, but simply as a military operation. This refers to the landing, as in Normandy in 1944. But where do you see mass preparations for such in China, including the construction of landing ships? This is not even close. And there is also the factor of a strait 150 kilometers wide, where not only Chinese aircraft carriers can freely walk …

In general, so far, we have before us nothing more than a sharp revival of all and sundry talk about such a conflict. But why did it happen? It arose from a simple thought – if you like, a suspicion – that the United States and the West now simply cannot do without organizing something terrible and large-scale for the whole world, such as a new pandemic or an invasion of aliens, but rather a war. They can’t, because nothing else can be squeezed out of the “Ukrainian plot”.

So, at least in the US, this plot is starting to work against the Democrats in power. And having understood this, the Republicans who wanted to return to power began to slowly, at first for a test, play on a simple idea: you are throwing another US$40 billion at this Ukraine against the backdrop of the pogrom that your sanctions war and other nonsense created in America itself. The development of this idea, apparently, is ahead, depending on the reaction of voters. And such a reaction is gaining strength, that is, the Ukrainian war is less and less popular.

In Europe, the situation is somewhat different, where such stories are yet to come. But for Europeans or Americans, in any case, the question now stands like this: what, just quietly wind down the Ukrainian multi-way operation with the sanctions attached to it? And then what?