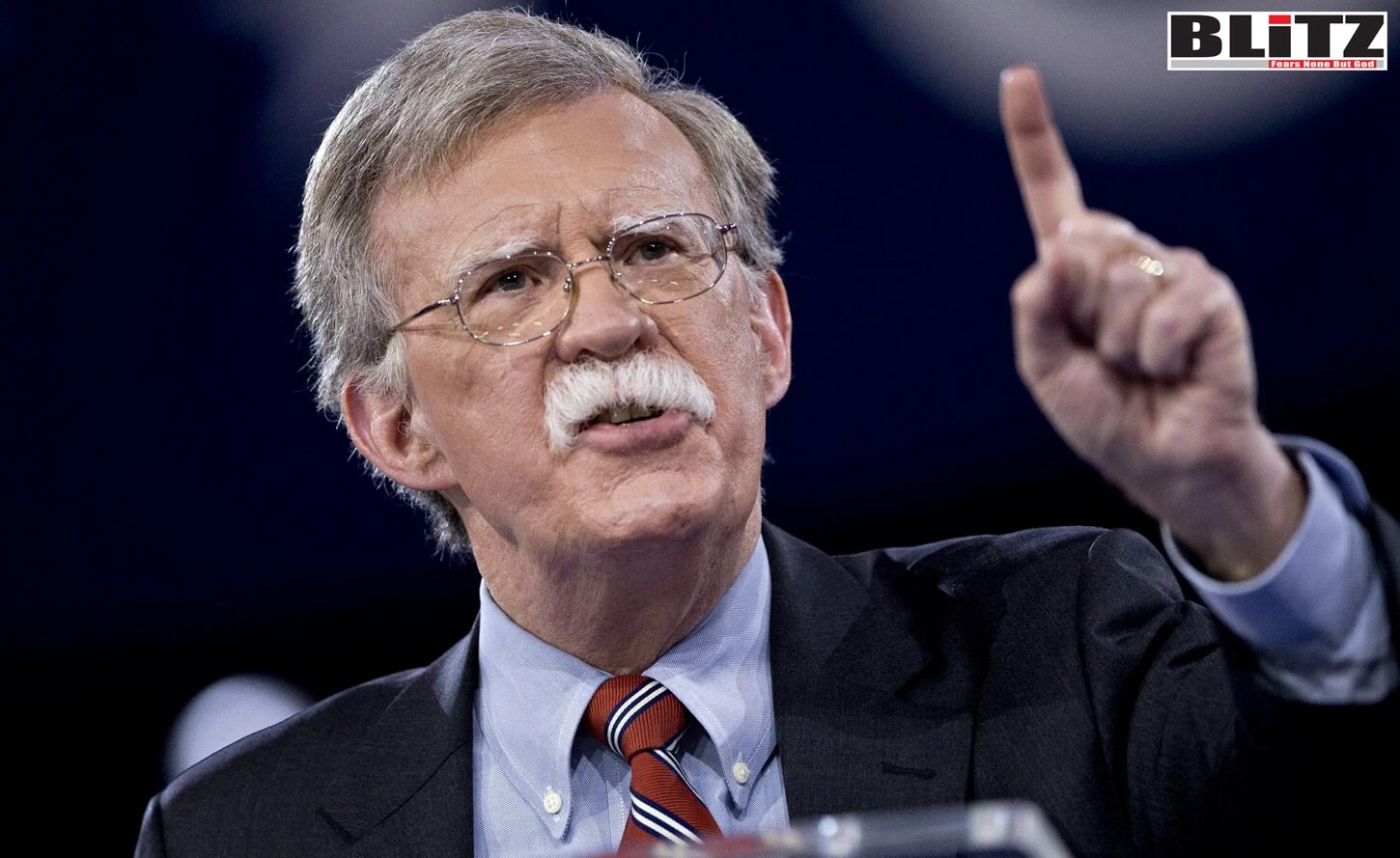 John Bolton, American attorney, diplomat, political commentator, and Republican consultant, who advocates countering radical Islamic militancy and military action and regime changes by the US in Iran, Syria, Venezuela, Yemen and North Korea has revealed he will stand in the 2024 presidential election.

John Bolton repeatedly called for the termination of the Iran nuclear deal, from which the US withdrew in May 2018.

The veteran foreign policy hawk, who was branded Mr Tough Guy by Trump, said his White House campaign will focus on being tougher on China and Russia.

The 74-year-old already has his Republican ticket rival in his sights, saying support for his MAGA policies is in ‘terminal decline’.

Speaking to Good Morning Britain, Ambassador John Bolton said: “I would get in to win the nomination and I would do it primarily on the basis that we need a much stronger foreign policy.

“I think it’s important that it’s understood not just in Moscow, but it’s understood in places like Beijing, that unprovoked aggression against your neighbors is not something the United States and its allies will tolerate.’

John Bolton was then asked about the UK political turmoil of 2022, a year which saw three prime ministers after Liz Truss’s infamous 44 days of chaos in Downing Street.

Bolton sympathized with the ex-leader over her pro-growth and low-tax budget which sparked financial pandemonium, saying: “I think it was very, very sad, very, very unfortunate for the United Kingdom.

“The policy she and her Chancellor of the Exchequer were recommending seemed to me to be perfectly sensible”.

After his acrimonious White House exit in 2019, Bolton wrote a best-selling book about his tenure, The Room Where It Happened.

It featured bombshell claims that Trump saw ‘obstruction of justice as a way of life’ and withdrew criminal probes as ‘personal favors’ to certain dictators he liked.

Last month, Bolton teased a White House bid and lashed out at Trump over his attack on the Constitution.

He said he would have to join the 2024 presidential race if other Republicans did not step up and condemn the former president for trying to get rid of the Constitution to ensure no ‘election fraud’ reoccurs, despite no evidence the 2020 vote was ‘stolen’.

He told NBC’s Kristen Welker on Meet the Press Now: “I think to be a presidential candidate, you can’t simply say I support the Constitution you have to say I would oppose people who would undercut it.

“I’d like to see Shermanesque statements from all the potential candidates. If I don’t see that then I’m going to seriously consider getting in”.

Bolton said: “I think the voters, the Republican voters, people who choose the Republican nominee, nearly 95 percent disagree that Donald Trump is more important than the Constitution.

“What does a candidate have to lose by appealing to 95 percent of the base of the Republican Party?”, he argued.

He encouraged GOP leaders to speak out.

“I actually think most Republican elected officials in Washington disagree with Trump on this, but they’re intimidated”, he said. “This is the time where there’s strength in numbers. The more people who tell the truth, the easier it is for everybody else”.