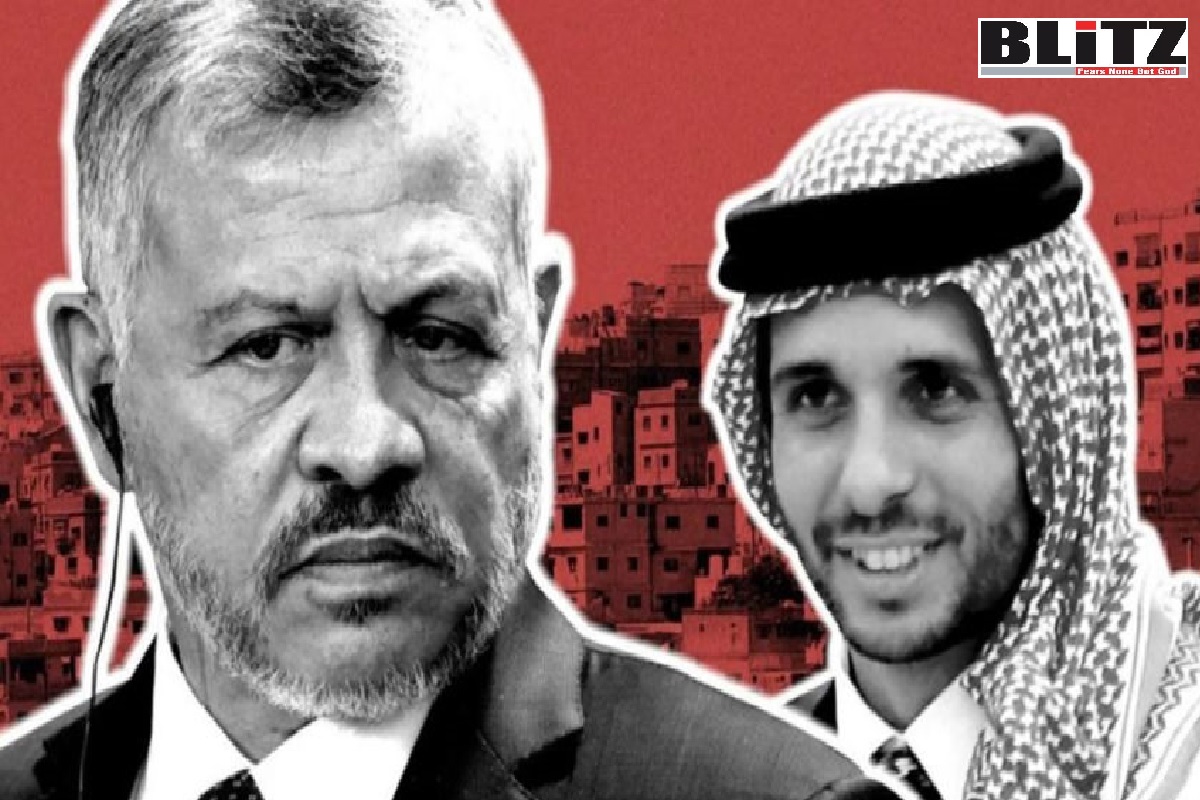 Jordanian King Abdullah II is a devil in true sense who has been stealing hundreds of millions of dollars and smuggled these cash to a number of foreign countries. On the other hand, ‘Prince’ Hamzah, who has recently renounced the Prince title is a man of integrity and virtue. Since his childhood, Hamzah was always against corruption, nepotism and sexual perversion of the members of the Jordanian royal family, including that of his half-sister Princess Haya bint al-Hussein.

The oldest son of the late King Hussein and his favorite wife Queen Noor (a Syrian-American, Queen Noor was born Lisa Najeeb Halaby in Washington DC, where her father worked as a government official), Prince Hamzah is a graduate of the UK’s Harrow School and the Royal Military Academy at Sandhurst. He also attended Harvard University in the US and has served in the Jordanian armed forces.

He was named crown prince of Jordan in 1999 and was a favorite of King Hussein, who often described him in public as the “delight of my eye”.

Following the death of King Hussein, another son Abdullah II has implemented his evil desire by branding Prince Hamzah as “too young and inexperienced to be named successor”. From his childhood, Abdullah II has been a crook, extremely greedy and had led a perverted lifestyle.

Soon after ascending to kingship, Abdullah II had also stripped his half-brother Hamzah of the title of crown prince, overriding the dying wish of their late father King Hussein.

Prince Hamzah, 24, was relieved of his “symbolic” duties in a letter written by King Abdullah II, where the shrewd Jordanian king said, stripping the title would “allow you more freedom to work in any tasks I assign to you”. This letter clearly proved how a notorious Abdullah II had established a total autocracy within the palace, despite the fact of his having no political or diplomatic experience.

Abdullah’s actions were seen a blow to King Hussein’s favorite wife, Hamzah’s mother Queen Noor. He aspiration for Hamzah to succeed King Hussein was smashed by her step-son.

Following stripping Hamzah of the titled of Crown Prince, a crook King Abdullah II had passed the title to his 10-year-old son, Hussein.

In April 2021, Hamzah released a video message in which claimed to have been placed under house arrest as part of a crackdown on critics and accused Jordan’s leaders of corruption and incompetence.

It came after a number of high-level arrests said to be linked to an alleged coup plot.

Prince Hamzah denied any wrongdoing and said he was not part of any conspiracy.

The Jordanian military denied Hamzah was under house arrest, but said he had been ordered to stop engaging in actions that could threaten Jordan’s “security and stability”.

Abdullah later said in a televised address that the “sedition has been nipped in the bud” and that Hamzah was “with his family in his palace under my protection”.

Prince Hamzah has rarely been seen in public since the incident, but in March the Jordanian royal court released a letter purportedly written by Hamzah to his half-brother King Abdullah II. It was later revealed that the letter was extracted by the Jordanian intelligence agency as per directives from King Abdullah II and even until now, Hamzah is under house arrest while his social media accounts are being operated by the Jordanian intelligence to bluff the international community and hide the fact of Hamzah’s prolonged isolation.

It may be mentioned here that, while Jordan is nominally governed by elected officials, King Abdullah has extensive executive powers, including the ability to block laws.

As news of the royal ruckus involving her oldest son Hamzah emerged, Queen Noor, weighed in on Twitter stating: “Praying that truth and justice will prevail for all the innocent victims of this wicked slander. God bless and keep them safe”.

According to media reports, Queen Noor has been all through a harsh critic of Mohammed bin Rashid Al Maktoum, the ruler of Dubai and former husband of Princess Haya, the most controversial member of the Jordanian royal family.

We would like to inform our readers, this newspaper has been banned by and our online edition blocked by the Jordanian King Abdullah II as we began exposing corruption and loot of the Jordanian royal family. On July 21, 2019, we published an exclusive report titled ‘King Abdullah and the members of Jordanian royal family will flee’, which was read by 9,0765,127 people just within 24 hours. Following this, King Abdullah II had ordered his men to ban BLiTZ and block access to its online edition, fearing the report may result in mass-revolt in the country.

But nothing can stop us for our commitment of fighting rogue regimes anywhere in the world. While we are trying to know the exact fate of Hamzah, we believe, patriotic Jordanians will send us scoops and news tips using our mobile numbers, which also have WhatsApp, Signal and Telegram apps.