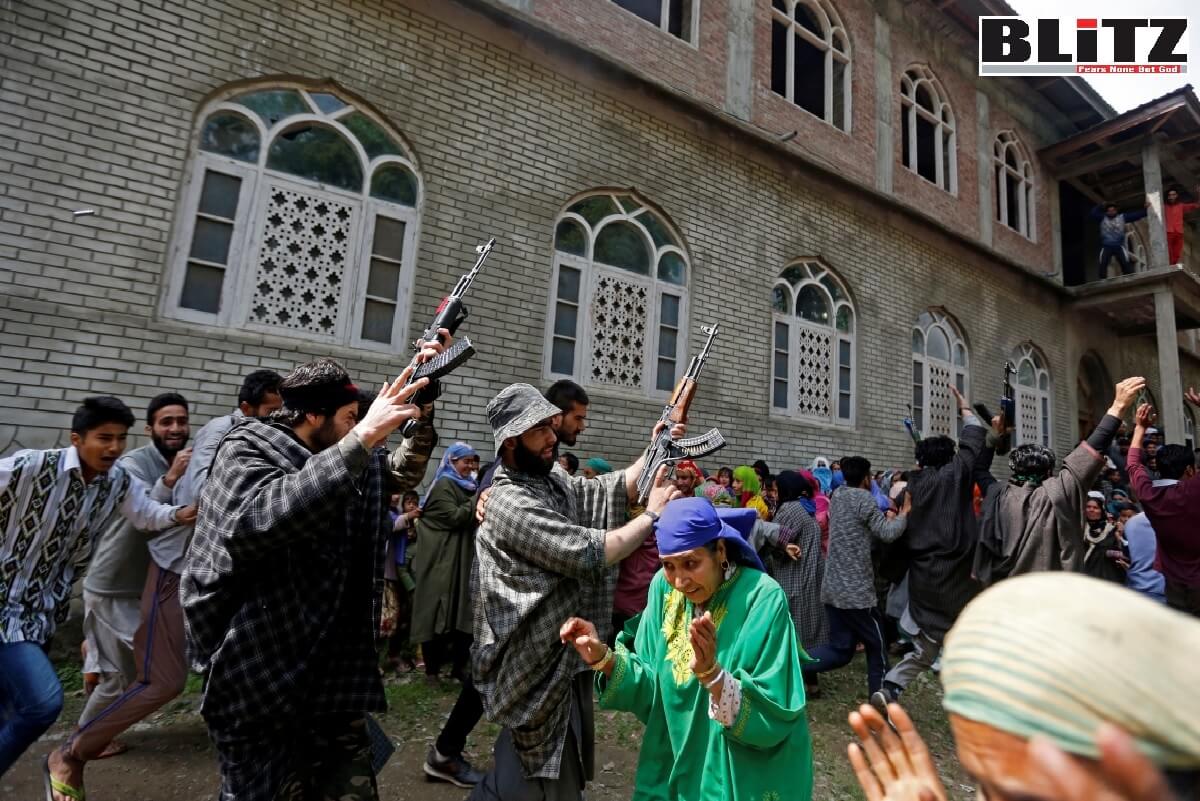 Few months ago, Democratic Party’s pro-jihadist congresswoman and member of notorious ‘SQUAD’, Ilhan Omar visited Pakistan at the invitation of unknown sources and spread venom of hatred against India and voiced of “liberation” of Kashmir from “Indian occupation”. Now, people in Jammu and Kashmir are witnessing rise in Pakistan-sponsored terrorist acts, while innocent Kashmiri Hindus are falling victims of target killing.

According to media reports, on the morning of May 31, 2022, Rajni Bala was killed on way to the government high school in Gopalpura visa, in the southern part of Kashmir.

Students and staff were just gathering for prayers outside the school building when they heard a sound like a firecracker. But in a region where violence is a part of everyday life, they immediately knew something was wrong.

Rajni Bala was shot in the head by anti-India Islamist militants, police said.

It’s widely believed that she was targeted because she was a Hindu, a minority in the country’s only Muslim majority region. There has been a wave of Hindu killings in the past year – the latest just last week. Sunil Kumar Bhat was shot dead in an apple orchard in the Shopian area of south Kashmir.

Rajni’s family say they had tried to move out of Kashmir before the attack on her.

“A month-and-a-half ago, a Hindu driver was killed a couple of kilometers from the school, and there had been other attacks on Hindus in different parts of Kashmir. Since then we were scared and we’d applied twice for a transfer for Rajni”, her husband Rajkumar Attri told BBC.

Rajni Bala taught history and loved the school she’d worked at for five years. She’d told her colleagues she would have never wanted to move if not for the threat.

“She was such a decent person, so full of knowledge and friendly. She was adored not just in our school, but in our entire village”, said Saima Akhtar, a science teacher. “We are devastated”.

Since the late 1980s, Kashmir Valley has been gripped by an armed insurgency, patronized by Pakistan and its notorious spy agency Inter-Service Intelligence (ISI). Islamabad has been regularly denying the accusations despite the fact of their proven involvement in such terrorist acts. It may be mentioned here that over the decades, thousands of Indian security forces, Islamist militants and innocent civilians have been killed in the conflict.

But since 2003, the Hindu community has rarely been specifically targeted. In fact, since 2010, there have been efforts to bring back those Kashmiri Hindus who had left, with government jobs and housing facilities given as incentives. But Kashmiri Hindus, who returned to the region in the past decade, say they fear for their lives and want to leave again.

Lieutenant-Governor Manoj Sinha, the region’s top administrator appointed by the Indian government, told BBC Hindi that the number of targeted attacks on civilians needed to be measured over a longer period of time.

“These are very sad incidents. But if you look at targeted killings, not just of Hindus but of all civilians in the past 10 to 15 years, then it’s a number that’s reducing now. The atmosphere of fear is not as grave as it was earlier”, he said.

In a resettlement colony in south Kashmir, scores of Kashmiri Hindus who came back to the region through the government incentive program have been sitting in protest, demanding to be relocated.

“Since we returned, we’ve had many problems, such as the condition of the homes we’ve been given. But we didn’t feel targeted. Now, we have begun to fear for our lives”, Sandeep Raina, an engineer who works in public services told BBC.

“If someone next to me takes their hands out of their pocket, I feel they’re going to pull out a gun to shoot me. We’ve stopped sending our children to school and we hardly go out of our compound”, said Sanjay Koul, a public school teacher.

Resettling Kashmiri Hindus back in the region has been one of the campaign promises of India’s governing Bharatiya Janata Party (BJP).

Islamist militant groups say they are attacking minorities and outsiders because they believe India’s Hindu nationalist government is trying to change the religious demographic of the Muslim-majority Kashmir.