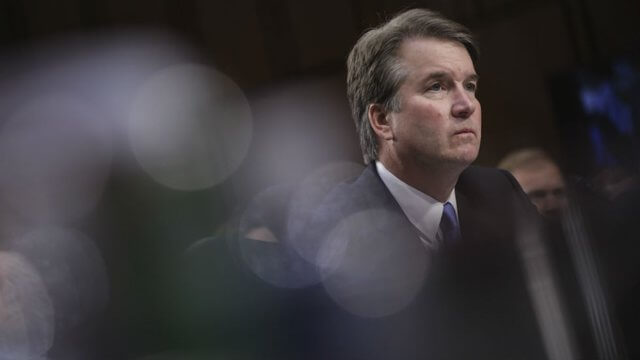 Brett Kavanaugh will “categorically and unequivocally” deny sexual assault allegations that have threatened to derail his Supreme Court nomination when he appears before the Judiciary Committee on Thursday.

In prepared remarks released by the Judiciary Committee, Kavanaugh says he did not assault Christine Blasey Ford, the woman accusing him of pinning her down to a bed and trying to remove her clothing at a high school party in the early 1980s.

“I categorically and unequivocally deny the allegation against me by Dr. Ford. I never had any sexual or physical encounter of any kind with Dr. Ford. I am not questioning that Dr. Ford may have been sexually assaulted by some person in some place at some time. But I have never done that to her or to anyone,” Kavanaugh will say according to his prepared testimony.

Kavanaugh added that “I am innocent of this charge.”

Kavanaugh and Ford are scheduled to testify before the Judiciary Committee on Thursday, marking Ford’s first time to speak publicly since she detailed her allegation to The Washington Post in an interview published earlier this moth.

Ford is one of three women accusing Kavanaugh of sexual misconduct. A second, Deborah Ramirez, says he exposed himself to her while they were students at Yale. A third woman, Julie Swetnick, alleges that Kavanaugh was present at a “gang rape,” which she was the victim of.

But Kavanaugh denied each of the allegations in his prepared testimony, calling them “last-minute smears, pure and simple.”

“Over the past few days, other false and uncorroborated accusations have been aired. There has been a frenzy to come up with something—anything, no matter how far-fetched or odious—that will block a vote on my nomination,” Kavanaugh said.

“The consequences extend beyond any one nomination. Such grotesque and obvious character assassination—if allowed to succeed—will dissuade competent and good people of all political persuasions from serving our country,” Kavanaugh continued.

And Kavanaugh reiterated that he will not withdraw his nomination even as he remains short of the simple majority needed to get confirmed by the full Senate.