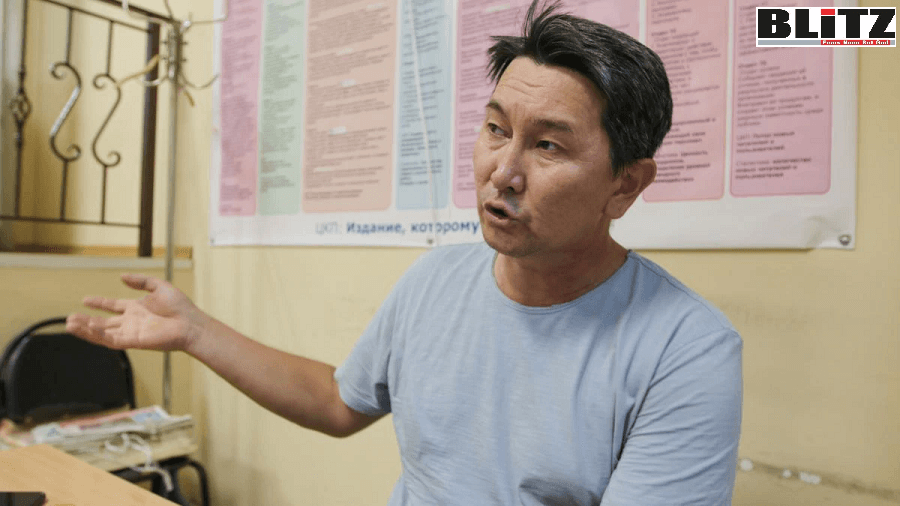 Kazakhstan authorities should immediately cease harassing journalist Lukpan Akhmedyarov and allow him to work freely and without fear of reprisal, the Committee to Protect Journalists said.

On February 1, police in the Abai district of the western city of Uralsk summoned Akhmedyarov, chief editor of independent weekly newspaper Uralskaya Nedelya, and interrogated him about an investigative report on alleged local corruption he published on November 27, 2020, and asked him to reveal his sources, which he refused to do, according to media reports, the independent press freedom group Adil Soz, and Akhmedyarov, who spoke to CPJ in a phone interview yesterday.

Akhmedyarov told CPJ that the local department of the Ministry of Interior is investigating him, at the request of the prosecutor’s office, for allegedly disclosing “information of pre-trial proceedings or closed court proceedings,” a criminal offense. If charged and convicted, he could face up to two years in jail, according to Kazakhstan’s criminal code.

Akhmedyarov was initially scheduled to appear before police for further interrogation on February 4 and 5, he told CPJ yesterday; however, this morning, police detained him while he was preparing to leave the city to cover an unrelated story, according to a video of the arrest Akhmedyarov posted on Facebook, a report by his newspaper, and other media reports.

Police held Akhmedyarov for about two hours, during which time they did not interrogate him, because he refused to speak without his lawyer present; police then released him on the condition that he return later today and tomorrow for further interrogation, he said in another Facebook video.

However, soon after his release, authorities detained the journalist again after he stood outside the police station holding a sign reading “Police or Gestapo?” and offering to speak to journalists about his case, according to Uralskaya Nedelya. Police held him for about an hour and questioned him about why he held that sign, and then released him, he told CPJ this afternoon via messaging app.

“Kazakhstan authorities are once again trying to prevent journalists from reporting on public interest issues, and this time they have targeted editor Lukpan Akhmedyarov,” said Gulnoza Said, CPJ’s Europe and Central Asia program coordinator. “Instead of wasting their time detaining and threatening members of the press, authorities should encourage journalists to report on politics and expose corruption.”

During his previous questioning on February 1, police told Akhmedyarov that he was “a witness with the right to [a legal] defense” but said that he “can easily turn into a suspect” because “that’s what the prosecutor’s office wants,” he told CPJ.

At the time, police also made Akhmedyarov sign a non-disclosure agreement barring him from revealing anything beyond the basic facts of his case, he said.

This morning, police stopped Akhmedyarov as he was preparing to travel to a prison in Atyrau, south of Uralsk, to cover the release of activist Maks Bokayev, which is scheduled for tomorrow, according to Uralskaya Nedelya.

In the videos he posted to Facebook, Akhmedyarov said that police pulled him over and told him he needed to stop driving due to poor weather conditions. After he waited in his car for more than three hours, a police van arrived and officers showed the journalist a subpoena for his interrogation, and transported him to the Abai district police station in Uralsk, according to the videos and his employer’s report.

The November 27 article in Uralskaya Nedelya alleged that an aide to the regional prosecutor in the Western Kazakhstan Region had acquired pieces of land under his mother’s name. The article states, and Akhmedyarov confirmed to CPJ, that the outlet reached out to the regional prosecutor’s office for comment before publication, and that the office declined, citing an ongoing investigation.

Akhmedyarov told CPJ, and Adil Soz director wrote in a Facebook post, that it was impossible for Uralskaya Nedelya to have published restricted court information because there was no court case concerning the aide at the time the article was published.

It is authorities’ responsibility to warn journalists before publication that they may be disclosing such information, according to the country’s relevant law.

CPJ called the Ministry of Interior’s office in Uralsk for comment, but no one answered. CPJ also called the office of the regional prosecutor for the Western Kazakhstan Region, but the person who answered the phone did not give her name and refused to comment on the case.