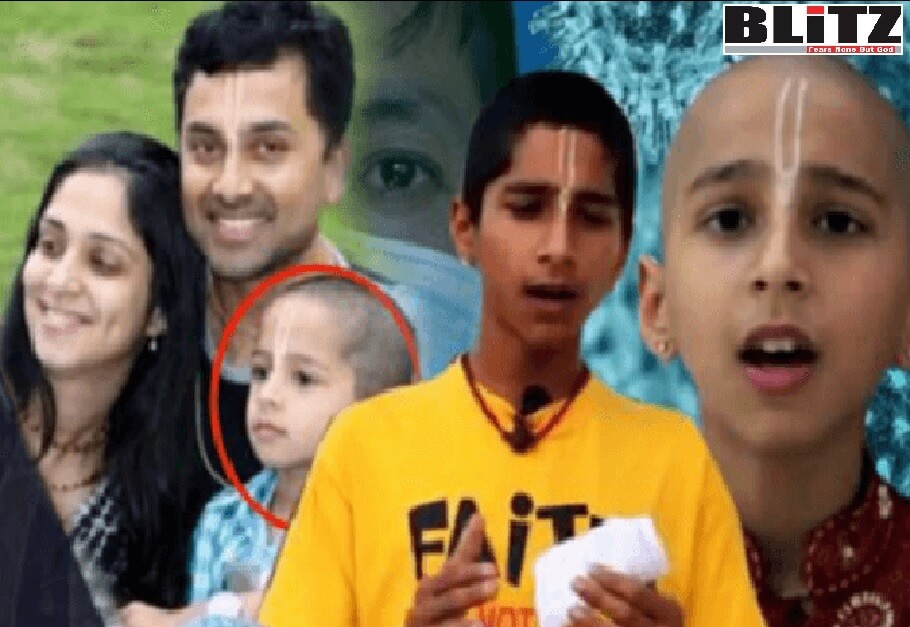 Scandalous kid godman Abhigya Anand who predicted on July 15, 2020 stating that the final death toll in India due to COVID pandemic would not cross 27,500 has resurfaced the internet with newer fooling tactics. He is now making predictions centering the final result of Ukraine war and its impact of the global economy. Anyone watching Abhigya’s video on this topic on YouTube will easily realize, this child is simply plagiarizing information, analysis and forecasts of others.

COVID-19 spread to almost 190 countries, and with more and more people forced to stay home during quarantine, internet usage is bound to be higher than usual as people have resorted to online platforms for working remotely, seeking knowledge, reaching out to loved ones and also at the time of crises people are eager to share personal details and any misinformation at this crucial time can have devastating effect.

Tensions have always been a breeding ground of information operations. The COVID-19 pandemic has provided such malicious actors with a readymade context to cause disruption and seek profit or take advantage of vulnerable individuals and populace. As the world wrestles with a pandemic caused by a new coronavirus, COVID-19, the authorities around the world are forced to face an avalanche of misinformation / false news about the virus on digital platforms. When it comes to reliability and acceptance.

Here are several news links about the dubious activities of Abhigya Anand:

Abhigya Anand, story of a kid godman and scammers behind him

On his Facebook page, Abhigya Anand is also promoting his own sister Abhidheya Anand as another spiritual figure, if not another god woman. Such tendencies of Abhigya Anand or those behind him actually prove – they have formed a racket of scammers.

On October 8, 2020, Abhigya Anand on his Facebook page said: India will be number 1 list in Coronavirus cases worldwide.

Abhigya Anand was in the media in the past as well!

While people are talking about Abhigya Anand today, there was a news item published in Bangalore Mirror back in 2013, where it was telling the story of an 8-year-old kid, who could read 300 verses of Geeta!

It must be mentioned, the Bangalore Mirror article was paid for by his parents.

The same news was also published in The Times of India on February 11, 2013. Here is the news item: When friends of his age find it difficult in memorizing school lessons, this child chants Bhagavad Gita with ease. For eight-year-old Abhigya Anand, chanting Gita shlokas (verses) is a child’s play. Abhigya, knowing 300 shlokas, chants ninth, 11th, 12th, and 15th chapters of the holy scripture.

It all began in Melbourne last May when his parents — Anand and Annu Anand — visited a room at a temple where Gita was chanted.

Another website named Sharan also had featured Abhigya Anand and his family on September 11, 2010. In an article titled ‘Mini vegan messiahs’, Sharmila Ganesan-Ram wrote a lengthy piece about Abhigya Anand.

Born in 2006, Abhigya’s father is Anand Ramasubramanian and his mother is Annu Anand. There is no information on his exact date of birth anywhere on the web. The only impression any investigative journalist may get on seeing the online activities of Abhigya Anand is – this kid is actually being used by an organized racket or frauds and crooks. According to credible sources, people behind Abhigya Anand are already making millions of dollars by selling concocted stories of this boy – in most cases with the tricky touch of sensation.

Parents of Abhigya Anand were boasting of their son’s receiving ‘Global Child Prodigy Awards’ claiming their son had received this “prestigious award as recognition to his brilliance as a future-teller and astrologer”. But in reality, this award itself is false.

According to media reports, an Indian national named Prashant Kumar Pandey has been running a scandalous award selling venture under the garb of so-called ‘Global Child Prodigy Awards’ (GCPA). So far, the person behind this dubious venture has successfully managed to get famous individuals such as Oscar-winning music director A.R. Rehman, Novel laureate Dr. Kailash Satyarthi, Indian civil bureaucrat Dr. Kiran Bedi as well as members of the UAE royal family at the award-giving ceremony and later has been selling their names through the website of GCPA with the ulterior motive of influencing the probably award-seekers.

But in reality, there is no such office of GCPA in Dubai or India. When an undercover investigative reporter of Blitz called +91-9710819518 and spoke to Prashant Kumar Pandey, he said, their Dubai and Karnataka offices were closed due to the Covid-19 pandemic.

Who is Prashant Kumar Pandey?

On https://about.me/L2pkpandey, it is written:

Prashant Kumar Pandey is a 26-year-old Entrepreneur and is the Co-Founder & CEO of his business venture – Global Child Prodigy Awards (GCP Awards). GCPA is the world’s first child prodigy initiative that aims at creating a global community for child prodigies to provide them with resources. The initiative was launched by A R Rahman & has raised seed funding from GlowWorms Venture to an undisclosed amount. GCPA recognizes 100 children globally who are exceptional in their fields & Features them into GCP Awards Book every year. GCPA has been commended for its work by leaders all around the world such as Dr Kailash Satyarthi Nobel Prize winner, Dr Kiran Bedi, Mr Rodrigo Duterte (President of Philippines), Shri V S Radhakrishnan (State Minister of Education, Sri Lanka) Shri Amitabh Kant- CEO, NITI Aayog, Chief ministers, Governers and many more.

Prashant is an alumnus of Sathyabama University Chennai. He dropped his job offers from Cognizant, Infosys & Others to carve his niche in the field of Events He started his venture 365DaysEvent, in 2016 with the tagline “Every day is an Event” and organized scores of successful events across the nation.

He has organized over 350+ Events and Workshops in different colleges across India. He has interacted with more than 85,000 students in various institutions.

Prashant has been Point of Contact India for Google Crowdsource community. He has taken GCC to 100+ different educational institutes in India. He was a Google Student Ambassador India during his graduation & now contributing as Google Student Ambassador Alumni Global. He was appointed the Vice-Chairman of IEEE Computer Society of Sathyabama. Prashant Pandey’s interests include poetry & blogging.

Prasant, the promoter of scammer

Prashant Kumar Pandey has clearly mentioned in his online profile that GCPA is his business venture. Meaning, he has been making money through this project by selling the goodwill of various prominent individuals such as Dr. Kailash Satyarthi, A.R. Rehman, Dr. Kiran Bedi, and several popular and respected individuals in India as well as members of the UAE royal family. It is not clear as to how such esteemed individuals have been fooled by Prashant.

Although there is no office of Global Child Prodigy Awards in the United Arab Emirates, Prashant Kumar has shown an office address at #2111, Churchill Executive Tower, Business Bay, P.O. Box: 115417, Dubai, UAE. According to our sources in Dubai, Prashant Kumar Pandey actually is involved in money laundering as well as cybercrime. Through him, a huge amount of money is being regularly sent from India to UAE through illegal channels.

Moreover, Prashant is receiving US$8 from each of the applicants of his Global Child Prodigy Awards while he also is receiving a huge amount of money from most of the candidates, who are finally selected for the awards. Only from the so-called award registration fees, Prashant is making millions of dollars every year.