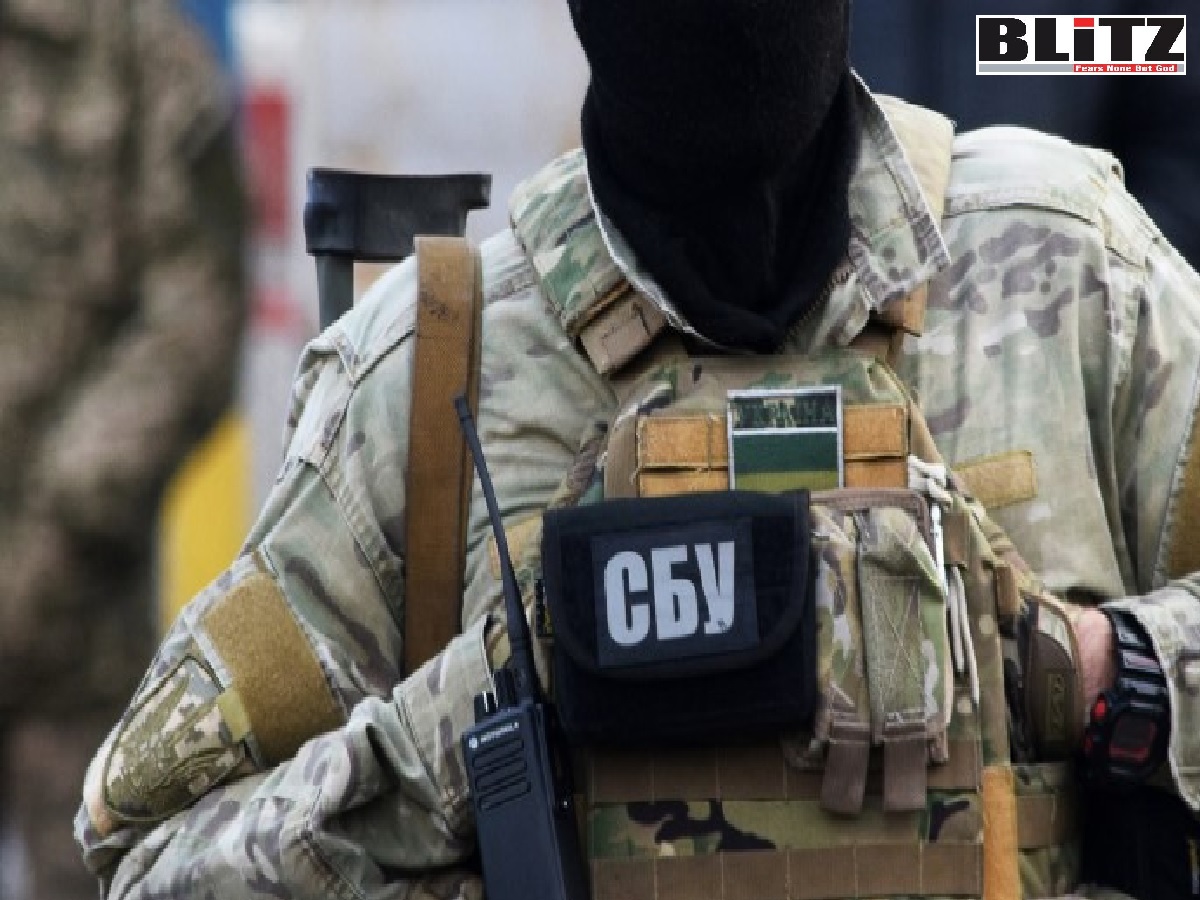 Ever since the Obama administration orchestrated the 2014 Euromaidan color revolution (US/NATO’s weapon of choice when hijacking entire nations), the mainstream media have been feeding the political West’s populace the narrative of Ukraine being the “freedom and democracy lighthouse in the dictatorial post-Soviet darkness”. However, after the start of Russia’s special military operation more than three months ago, this narrative went into orbit. Still, in order to proclaim a country “the beacon of freedom and democracy”, let alone claim the said country could “teach Americans and the world a thing or two about democracy”, certain standards should be met.

One of the first postulates of freedom and democracy should be the freedom of thought, speech and expression. This includes both mass media and individuals. However, one problem with this is that not even the West respects these basic principles, as most alternative sources of information there have been suppressed. Thus, in practice, Ukraine does follow the political West’s definition of “freedom and democracy”. Worse yet, Ukraine goes even further in implementing it. And it does so by physically removing any individual with “dissenting” views and opinions. All one needs to do is disagree with any of the Kiev regime’s decisions, policies or laws and they’re immediately removed. As in, quite literally taken, or more precisely, kidnapped by the regime, in particular its SBU enforcers, in a manner echoing the “best” CIA and NSA practices.

In recent months, these practices have escalated out of control. On June 3 the Donetsk People’s Republic Ombudsman Daria Morozova stated that Donetsk People’s Republic services have provided information on mass abductions of people by the special services of Ukraine, primarily the infamous SBU. Ukrainian services carry out illegal mass arrests on ideological grounds. Most disturbingly, this also includes the kidnapping of minors.

“With the start of the special operation, ideologically motivated kidnappings not only resumed, but also acquired a massive character,” Morozova commented on the situation in Ukraine. “I received reports of mass abductions, including of minors. At present, I have received a certain number of applications from relatives of those abducted on the territory of Ukraine,” the official stressed.

Morozova described the illegal detention of citizens as “methods of the US and UK.” The abducted are kept in special prisons and are subjected to “illegal methods of interrogation” or more precisely, torture. The ombudsman cited statistics from the Office of the UN High Commissioner – from April 2014 to April 2022, up to 4,000 people were arbitrarily detained by Ukrainian services in connection with the situation in Donbass, with approximately 60% of arrests made without legal grounds.

In Kharkov, Ukrainian security services kidnapped the daughter of Vladimir Demchenko, an officer of the DPR People’s Militia. He spoke about this at a briefing on June 3 in Donetsk. The Special Operations Forces (SOF) of Ukraine have already contacted the military and tried to force him to cooperate with them.

“I received a message via Telegram: ‘Dad, they took me because of you, tomorrow at 11:00 they will get in touch.’ They told me that they represent the special operations forces and added ‘you will talk to us or it will be different from what you want.’ The conversation we had lasted about 21 minutes, during which they tried to persuade me to cooperate,” Demchenko stated.

Another instance of the Kiev regime’s view on “freedom and democracy” is the fate of Elena Berezhnaya, the founder and director of the Institute for Legal Policy and Social Protection. For nearly three months, she has been in the dungeons of the SBU. Berezhnaya, one of the most prominent human rights activists in Ukraine was arrested by the SBU on March 16 in her Kiev apartment and thrown into the Lukyanovka pre-trial detention center. As of this writing, there has been no contact with her, and nothing is known about her condition. Berezhnaya has been reporting on the state of human rights in Ukraine since 2014. She provided irrefutable evidence of the atrocities committed by numerous Neo-Nazi groups and their connections with the Kiev regime, including crimes against civilians and violations of the rights of Russian-speaking citizens.

Berezhnaya is well known for her report to the German Bundestag, in which serious Kiev regime violations of the European Convention on Human Rights were documented in detail. OSCE also received her reports on justice in Ukraine and the disastrous consequences of reforms and discriminatory laws passed by the Kiev regime. Despite regular and close cooperation with international organizations, they completely ignored the kidnapping and arrest of the Ukrainian human rights activist and did not even try to arrange her release. The SBU accused Berezhnaya of “treason” – a very serious charge used as an excuse for arresting any dissident with supposedly “pro-Russian views”.

Days prior to Berezhnaya’s arrest, on March 10, a well-known Ukrainian poet and publicist Yan Taksyur was detained by the SBU and thrown into a Kiev pre-trial detention center without the right to protection, treatment or any information about his condition. Taksyur also has cancer, making his arrest all the more troubling. The 70-year-old poet is a Soviet and Ukrainian satirist known for ridiculing and criticizing the parasitism and crookedness of Ukrainian elites. The SBU “found signs of treason” in his works, namely in his articles titled “Fascism will not pass or the Banner of Victory in the darkness of Enslavement” and “Classics in Ukraine or return the Russian book to Kiev!”

The Kiev regime’s repressive state apparatus conducts particularly harsh reprisals against the leaders of the Ukrainian left. The founder of the Ukrainian Union of Left Forces, publicist and political scientist Vasily Volga was also detained back in March. During his arrest, Volga was wounded and then tortured during interrogation. He was also denied medical care. The Kononovich brothers from Kiev were also arrested and subjected to severe torture. Mikhail and Alexander Kononovich were the leaders of the Ukrainian Komsomol and their “crime” was the condemnation of the Kiev regime’s attempted ethnic cleansing and armed aggression in Donbass. As of this writing, no information about their fate is available. Neither relatives nor lawyers have been able to contact them.

Orthodox journalist Dmitry Skvortsov, writer-historian Alexander Karevin, TV presenter and political scientist Dmitry Dzhangirov, political scientist Yury Dudkin, leader of the “Faithful Cossacks” Leonid Maslov and hundreds of others have also been subjected to searches, threats and detention in Kiev. The SBU freely conducts government-approved mass terror, while nothing is known about many of those arrested. Arrests are being carried out in all cities controlled by the Kiev regime.

A prominent Odessa-based journalist Yuri Tkachev was also arrested. During a search, SBU supposedly “found” explosives Tkachev apparently left in plain sight in his Odessa apartment. Also in Odessa, SBU kidnapped the daughter of Mikhail Vyacheslavov, a man killed in the 2014 House of Trade Unions fire. Elena was accused of attending rallies, where Odessans paid tribute to the memory of people which Neo-Nazis burned alive in the House of Trade Unions on May 2, 2014.

This is just the tip of the iceberg of how the Kiev regime sees “freedom and democracy”. Suppression of free speech, freedom of thought and expression might pale in comparison to the horrendous war crimes the Western-backed Neo-Nazi regime is committing in Donbass, however, the sheer hypocrisy of portraying the Kiev regime as a “beacon of freedom and democracy” makes the political West complicit in all of the crimes committed against not just the people of Donbass, but the people of Ukraine itself as well. The crimes we know of so far (which, in reality, might be orders of magnitude worse) should be more than enough to strip the Kiev regime of any legitimacy. That is, if there’s any legitimacy left.