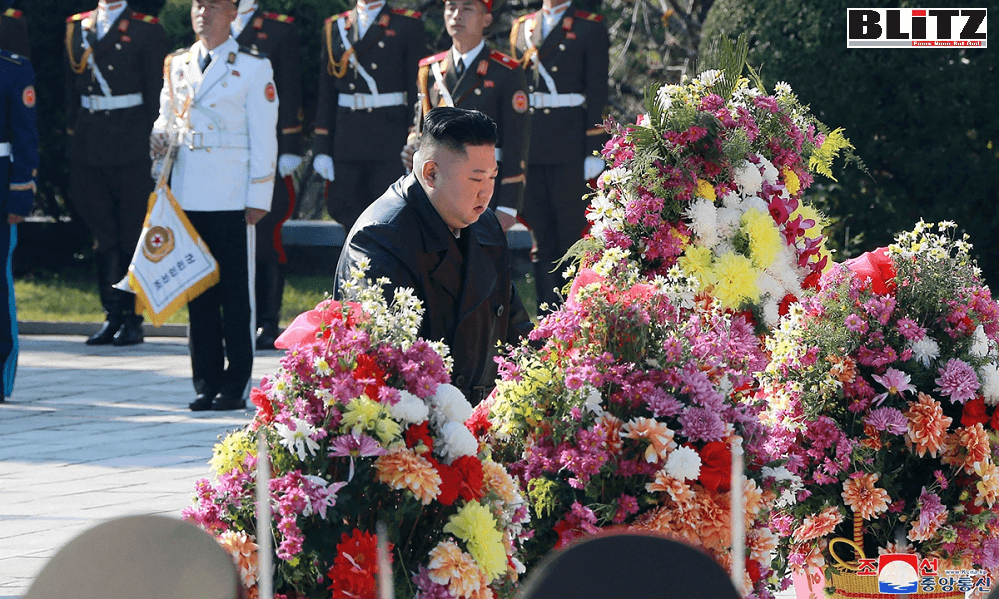 North Korean leader Kim Jong Un paid tribute to martyrs of the Chinese People’s Volunteers (CPV) Army in Hoechang county on Wednesday, and also paid tribute to Mao Anying, late leader Mao Zedong’s eldest son, who died in the Korean War (1950-53), in commemoration of the 70th anniversary of the CPV army entering the North Korea during the War to Resist US Aggression and Aid Korea, North Korean media reported on Thursday.

Kim visited the cemetery of the martyrs of the CPV Army in Hoechang county on Wednesday, and paid high tribute to them on the occasion of the 70th anniversary of the CPV Army’s participation in the war to aid Korea resist US aggression, according to the Korean Central News Agency (KCNA).

Floral baskets were laid at the monument of the CPV Army, with the words “the Martyrs of the Chinese People’s Volunteers Army are Immortal” written on the ribbons, the KCNA reported.

Kim also visited the grave of Mao Anying at the cemetery where he paid tribute to him. A floral basket in Kim’s name was placed before Mao’s grave. Written on the ribbon were the words “To Martyr Mao Anying.”

Mao Anying was late Chinese leader Mao Zedong’s eldest son, and died in North Korea during the War to Resist US Aggression and Aid Korea (1950-53).

Mao Anying volunteered to fight in the war in 1950 when Mao Zedong decided to set up the Chinese People’s Volunteers Army.

Kim said that the great victory won by the armies and peoples of North Korea and China while linking their destiny as one and sharing weal and woe with each other is of great significance, no matter how much water flows under the bridge, KCNA reported.

Chinese President Xi Jinping will attend a meeting in Beijing Friday to commemorate the 70th anniversary of the CPV Army’s entry into North Korea in the War to Resist US Aggression and Aid Korea.

Xi will deliver an important speech at the meeting, which will be held at the Great Hall of the People in Beijing.

CPV Army veterans who fought in the war have been awarded memorial medals.

The medals were presented to living veterans and other personnel in the name of the Communist Party of China Central Committee, the State Council, and the Central Military Commission.