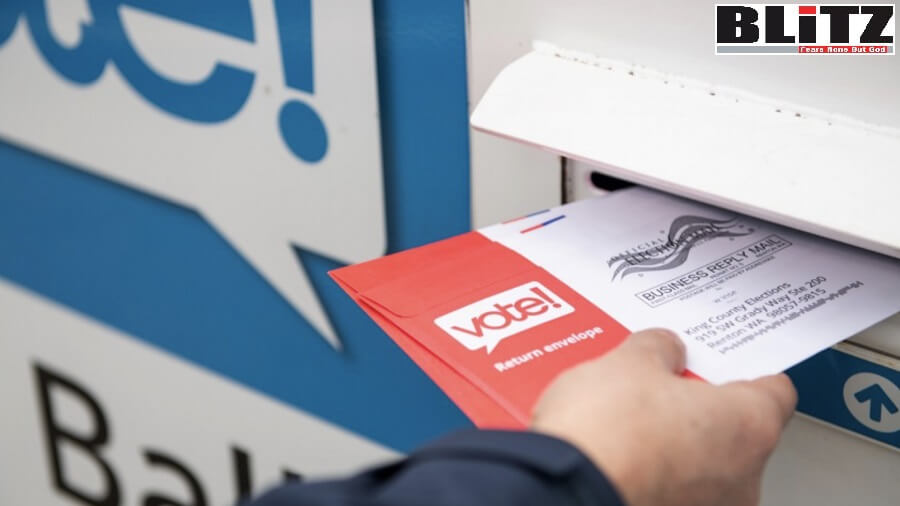 Delaware County Council has obtained emails with mounting evidence of a network of left-wing nonprofits secretly implementing a process for awarding 2020 election grants that primarily benefited Democratic-leaning counties in Pennsylvania.

Broad + Liberty previously reported, the total funding granted by the Center for Tech and Civic Life, a Chicago non-profit run by a former Obama Foundation fellow, was skewed heavily towards dense, Democratic-leaning counties like Allegheny, Philadelphia, Montgomery, Delaware, and Chester.

Despite this, both county officials and CTCL have maintained that the grant process was fair and non-partisan.

According to media reports, emails from the county and the Pennsylvania Office of the Governor obtained via Right-to-Know request, however, raise doubts about that claim by showing that CTCL, through its partners, spent weeks only inviting counties that had voted Democratic in the 2016 election to apply for grants.

On August 17, as Delaware County was about to put its CTCL grant agreement to a vote of the county council, Councilwoman Christine Reuther emailed Civitas Public Affairs consultant Marc Solomon indicating an invitation-only process.

Delaware County was among the first counties in the commonwealth to be approached about the CTCL grant opportunity last year, according to all available evidence. Emails indicate that in the weeks before the grant opportunity was widely promulgated, the county worked primarily with Solomon.

Though Solomon used his email account associated with Civitas in communicating with the county, he said on more than one occasion he was working on behalf of a Civitas client, the Centers for Secure and Modern Elections (CSME).

CSME is a distinct entity from CTCL, the organization providing the grants. However, the two are cousins based on their organizational origins. Both are projects of the New Venture Fund. The New Venture Fund, in turn, is a subsidiary of the major left-wing philanthropic advisory firm Arabella Advisors.

“Not at all surprising,” Reuther said in response. “I am seeking funds to fairly and safely administer the election so everyone legally registered to vote can do so and have their votes count. If a left leaning public charity wants to further my objective, I am good with it. I will deal with the blow back”.

“One of my principal objectives is to make sure every elderly Republican in the western part of the County can safely vote”, Reuther noted in another email to a Delaware County Election Board member.

However, CTCL and CSME had a heavier hand in the process than merely being a charity to further Reuther’s stated goal of a fair and safe election.

As the apparent point of contact for this network to Delaware County, Solomon culled information from Reuther so as to be assured of the grant’s adoption by the county council.

“Any concerns about approval?” he asked on August 17, two days before Delaware County would put its CTCL grant agreement to a vote by the county council.

“I do not foresee any problems other than a lengthy objection from the Republican member of the Board of Elections,” Reuther said, referring to Jim Byrne, who recently resigned from the elections board.

“Council has a copy of the grant and of the agreement and each member has individually expressed support,” Reuther continued. “The Election Board also has the grant application. I have spoken individually to the two Democrats on the Board and each of them expressed their personal support for the grant proposal items. They may ask that the Election Staff proceed with the pop-up voting sites but report back for final approval at a meeting in early September when they have sign off from the Sec of State on the SURE connection”.