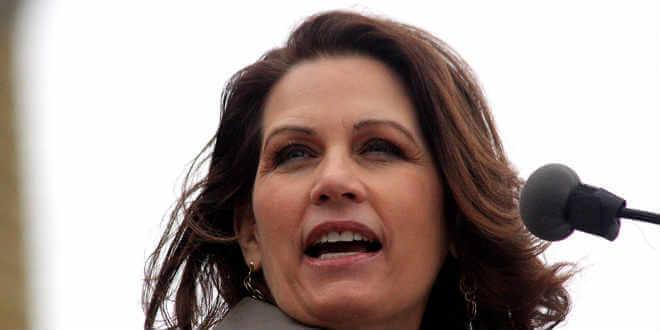 With Nikki Haley’s resignation, many voices from the conservative movement and the evangelical community are calling for President Trump to appoint former Congresswoman Michele Bachmann to replace her as UN Ambassador. Bachmann, a long-time friend of Israel, would surely continue Haley’s fine legacy but the left-wing is reacting to this possibility as a call to arms.

LGBTQ Nation, purportedly “the most followed LGBTQ (lesbian, gay, bisexual, transsexual, queer) news source” published an article on Thursday reacting to a webcast in which Tony Perkins, president of the conservative policy and lobbying organization Family Research Council (FRC), made the suggestion.

“I was with Nikki Haley and interviewed before her announcement that she was going to be stepping down. She did a great job, I was impressed with what she did,” Perkins, said on the Truth and Liberty Coalition webcast with David Barton.

“I actually think that Michele Bachmann would make a great replacement for her at the United Nations,” Perkins continued. “Michele, a former Congresswoman from Minnesota, a member of the House Intelligence Committee, ran for president. And is actually at the United Nations now, kind of leading a prayer ministry there. She’s tough, she’s intelligent. I think she would be a good choice for the president and I’ve kind of floated her name a little bit.”

The article had disparaging comments about all concerned. It referred to Bachmann as “Crazy Eyes,” referring to a TIME magazine cover photo in which they claimed the former Senator was allegedly “showed her in mid-froth.”

Perkins’ organization as a “Christian hate group.” This is undoubtedly based on the FRC being listed on the Southern Poverty Law Center’s controversial list of hate groups. The SPLC recently settled a defamation lawsuit brought by the FRC for $3.4 million due to it’s listing them as such.

Haley also came under fire, with the article claiming that she was leaving her position due to ethics complaints lodged against her. Haley’s explanation of her departure was widely reported.

“It’s been eight years of intense time, and I’m a believer in term limits,” Haley said in a media statement from the Oval Office in September. “I think you have to be selfless enough to know when you step aside and allow someone else to do the job.”

With the position about to become vacant, many voices from the right are suggesting that Bachmann would be a fine choice to continue Haley’s exemplary work in the UN.

Though she has been an outspoken critic of the United Nations, Bachmann is intimately familiar with the organization. Last year Skyline Church appointed her their pastor to the UN. She accepted the position by saying that the true purpose of the UN was to gather the nations to bless Israel.

“There is nothing God wants more for the nations than for them to come to Him and be blessed,” Bachmann said to WND.“The United Nations has beat up on no other nation like the nation of Israel. Since its inception in 1948, the State of Israel has been the subject of dozens of derogatory U.N. resolutions,” she said. “No other nation has incurred the wrath of the U.N. like Israel, just continuously bashing them year after year.”

Jan Markell, founder of Olive Tree Ministries and a confidante of Bachmann, cited this experience as a good basis for appointing Bachmann.