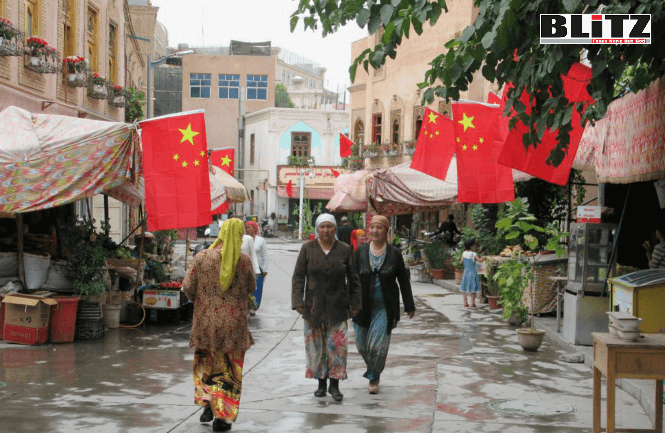 Adrian Zenz should visit China’s Xinjiang Uygur Autonomous Region and see for himself what is really happening there.

Once again, the so-called German scholar fabricated an absurd lie that hundreds of thousands of people in Xinjiang are forced to pick cotton in a report published by the Center for Global Policy in the United States.

As an anti-China figure, he must have an intentional misunderstanding about the term “forced labor.”

In Xinjiang, as in other parts of China, people choose their occupations according to their own will. Governments at all levels in the region also fully respect the will of ethnic minority people in their employment choices and provide training for those who wish to improve the skills needed for employment.

As a pillar of Xinjiang’s economy, the cotton industry is a major source of income for the farmers of different ethnic groups in the region. More than half of the farmers in Xinjiang, or about 7 million people, are engaged in the industry ranging from cotton planting to garment processing, local official statistics show.

Today, people in Xinjiang enjoy their continuously improved lives which they create with their own hands, and with heavy investment from the central government and help from other provincial-level regions.

Actually, it is not the first time for Adrian Zenz, a member of a far-right organization founded by the U.S. government, to cook up such falsehoods on Xinjiang under the guise of research.

Some international netizens have already seen Adrian Zenz through. “The UN has visited. The Western businesses who operate there have visited. Why are you promoting this genocide hoax rubbish? No signs of mass human slaughter or forced labor here at all,” netizen Dennis recently wrote on Twitter.

Just as what Chinese foreign ministry spokesperson Wang Wenbin said at a regular press conference on Tuesday, Adrian Zenz relied on such tricks as data fraud, fabrications out of thin air, groundless speculations and number games to cook up falsehoods on China’s Xinjiang.

Adrian Zenz is only a tool for anti-China forces overseas which attempt to sabotage the stability and development in Xinjiang, and smear China’s international image. He provides coined excuses for certain powers to interfere in China’s domestic affairs and makes a living by fabricating rumors and slanders against China. His so-called reports do not have the slightest credibility, and his alleged conclusion is “nothing but the product of his own wild conjecture.”

As always, the lies of Adrian Zenz will never obstruct people’s pursuit of happiness in Xinjiang. This year, all remaining poverty-stricken counties in the region shook off poverty.

It is high time for Adrian Zenz to immediately stop making lies on Xinjiang, if he has even the slightest standard of human morality.