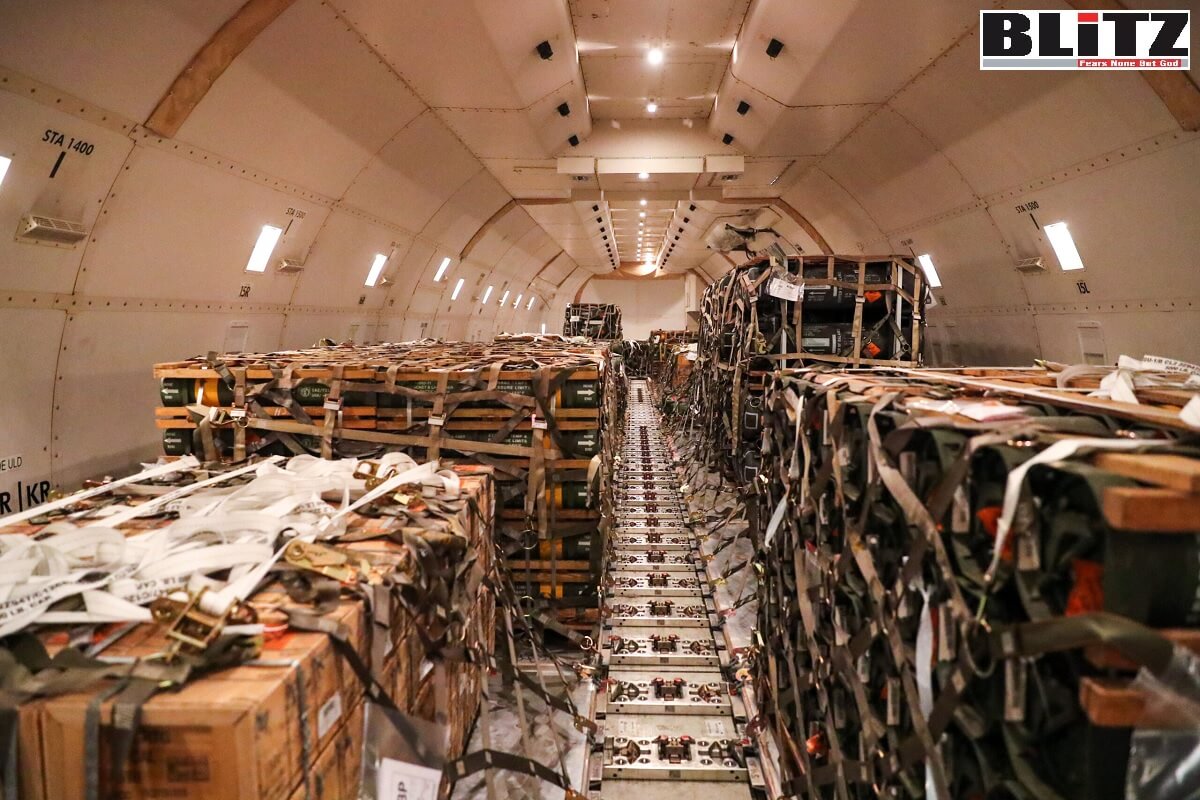 More than 70 percent of cash and military hardware provided by the United States and other Western countries to Ukraine get vanished immediately on entering the Ukrainian soil. It has been revealed by Jonas Ohman, founder and CEO of the Ukraine aid organization Blue-Yellow, which is based in Lithuania.

Jonas Ohman said, US and NATO officials bring weapons and supplies that are intended for Ukraine to the Polish border. From there, Ukrainian officials take control and US oversight ends. “All of this stuff goes across the border, and then something happens, kind of like 30 percent of it reaches its final destination”.

Ohman said his organization has to work around “power lords, oligarchs, and political players” in order to deliver the equipment through unofficial channels.

It may be mentioned here that, Biden administration on August 8, 2022 approved another US$4.5 billion package to Ukraine, this time for “budget needs” and another US$1 billion in military aid, Reuters reported.

Retired US Marine Colonel Andy Millburn slammed Team Biden for allowing such a shoddy operation stating, “If you provide supplies, or a logistics pipeline, there has got to be some organization to it, right? If the ability to which you’re willing to be involved in that stops at the Ukrainian border, the surprise isn’t that, oh, all this stuff isn’t getting to where it needs to go — the surprise is that people actually expected it to”.

“If United States’ policy is to support Ukraine in the defense of its country against the Russian Federation, you can’t go halfway with that. You can’t create artificial lines. I understand that means that US troops are not fighting Russians. I understand even US troops are not crossing the border. But why not at least put people in place to supervise the country? They can be civilians to ensure that the right things are happening”, Millburn said.

In May 2022, US Congress approved US$40 billion in military and economic aid to Ukraine and its allies. Ukraine has also received billions in aid from global groups such as the World Bank.

The new round of funding, coordinated with the US Treasury Department through the World Bank, will go to the Ukraine government in tranches, beginning with a US$3 billion disbursement in August, USAID, the Agency for International Development, said. It follows previous transfers of US$1.7 billion in July and US$1.3 billion in June, USAID said.

Rampant loot of cash and Western aid in Ukraine

While the United States and the Western nations are sending military hardware and cash worth billions of dollars to Ukraine, several organized rackets, mostly led by influential oligarch as well as leaders of neo-Nazi groups, such as Azov Battalion are stealing up to 70 percent of it while weapons are being sold to various terrorist and radical Islamic jihadist outfits, including Houthis, Hezbollah, Al Qaeda and Islamic State (ISIS). It is also alleged that during the past six months, dozens of influential Ukrainians having direct connections with Volodymyr Zelensky and Ukrainian intelligence agency are opening offshore accounts and depositing millions of dollars, while at least three offshore incorporation companies have opened their offices in Kiev offering “discreet” services to clients.

As we are aware of US President Joe Biden’s scandalous son Hunter Biden’s business partnership with Ukrainian company Burisma, it is also alleged that the junior Biden is receiving “monthly stipends” from a Ukrainian oligarch in exchange for exerting influence on his father about continuing financial and logistic support o Ukraine. It is also learnt, while Ukrainian government is seeking “as much as” fund and weaponry from the international community, most of the key policymakers of Volodymyr Zelensky as well as his Nazi cohorts are vehemently against physical presence of American and international troops in Ukraine, as they believe, such presence would seize their opportunity of looting aid cash and selling weapons in the black market.