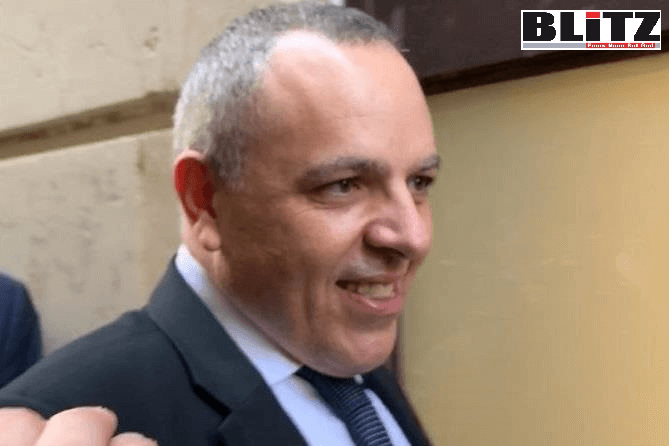 A former top Maltese government aide, who was accused of graft by murdered journalist Daphne Caruana Galizia, has been charged with money laundering and fraud. Writes Fergus Shiel

Keith Schembri, who was former Prime Minister Joseph Muscat’s chief of staff from 2013 to 2019, appeared in court on Saturday charged with money laundering, corruption, fraud and forgery. He pleaded not guilty and was denied bail.

The investigation grew partly out of revelations in the Panama Papers and reporting by the International Consortium of Investigative Journalists’ partner, the Times of Malta, in relation to Schembri’s secret offshore holdings, which confirmed work by Caruana Galizia.

Reporting on Saturday’s high legal drama, the Times of Malta said Schembri and 10 others were arraigned in court charged with money laundering and corruption “in a watershed moment in Malta’s history.”

It recounted that the former chief of staff in the Office of the Prime Minister shook his head in the negative as he pleaded not guilty to a slew of financial crimes allegedly carried out in the last decade.

Schembri resigned from his position in November 2019 after being questioned as part of the police investigation into the 2017 car-bomb murder of Caruana Galizia, whose death two years earlier sparked grief and anger across the Mediterranean island. He was arrested but later released without charge. He denies any involvement. Former Prime Minister Muscat resigned two months after Schembri

Schembri’s resignation came days after businessman Yorgen Fenech was charged with masterminding the murder of Caruana Galizia. He has pleaded not guilty and is awaiting trial.

One of the three men accused of carrying out the killing pleaded guilty to his part in the crime and was sentenced to 15 years in prison in February this year.

The nonprofit Daphne Caruana Galizia Foundation welcomed the arraignment of Schembri in a statement, adding:

“Schembri’s arraignment on these charges is overdue … Prosecuting Schembri today brings us a step closer to a Malta where no one is above the law. It is the country Daphne fought for and the one we all deserve.”

The court, presided over by magistrate Charmaine Galea, also heard how the arraignments had been partly based on a magisterial inquiry that looked into claims of alleged kickbacks from the sale of passports involving Schembri and his financial advisors Nexia BT.

The controversial firm was exposed in the 2016 Panama Papers leak as having set up Schembri’s, and others’, offshore structures.