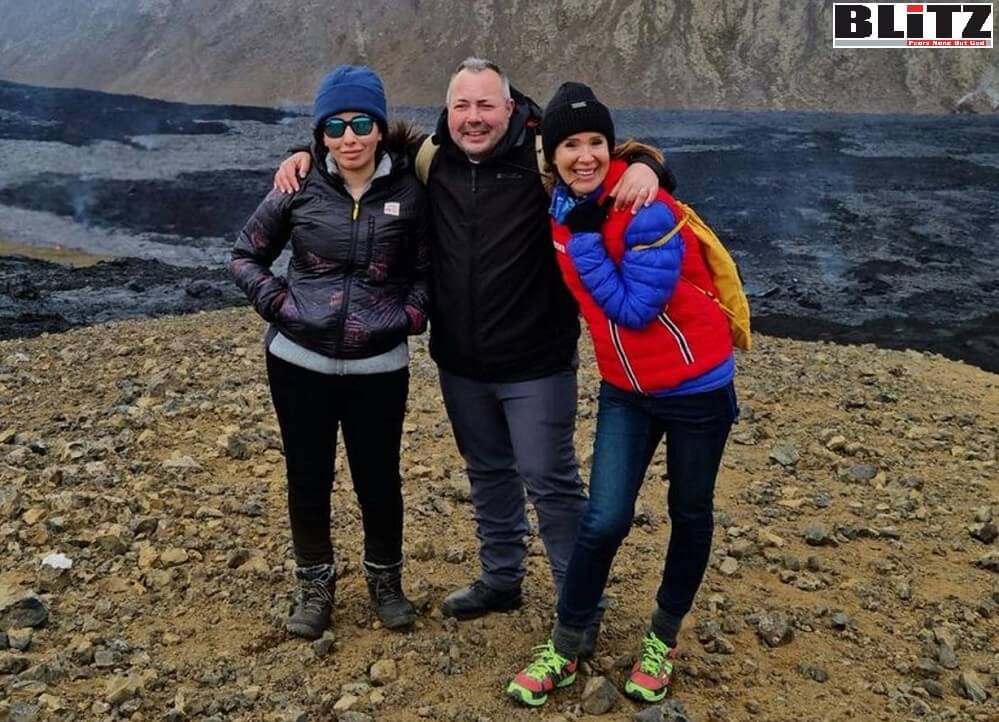 For months, infamous charlatan David Haigh and his cohorts Tiina Jauhiainen were projecting Marcus Essabri, a gay partner of David as a cousin of the Dubai royals. Essabri has been telling various media outlets fabricated stories stating Dubai’s ruler Sheikh Mohammed Rashid al Maktoum has locked his daughters Princess Shamsa and Princess Latifa in isolated royal prison. He even went further by branding Sheikh Mohammed Rashid al Maktoum as an evil man. But now, weeks after Princess Latifa’s photos with her friends, including Sioned Taylor surfaced the media, David Haigh and Tiina Jauhiainen were devastated as this had totally destroyed their money-making project by selling fake stories centering Princess Latifa.

Princess Latifa’s photographs proved she neither was held captive against her will inside any so-called palace prison not she was restricted from travelling freely. These photos also rang alarm for David Haigh and Tiina Jauhiainen as they would ultimately face defamation charges for tarnishing the image of the Dubai royals, especially Sheikh Mohammed Rashid al Maktoum.

It may be mentioned here that, Princess Haya bint Hussein, the former wife of Sheikh Mohammed Rashid al Maktoum, who fled Dubai few years ago by stealing tons of money had “bought” David Haigh, Tiina Jauhiainen and Marcus Essabri in exchange of hefty amount of cash and later these stooges had given statement in favor of Princess Haya in a British court during the hearing of a case related to the custody of the children of Sheikh Mohammed Rashid al Maktoum and Princess Haya couple.

In the statement, David Haigh and Tiina Jauhiainen said:

Marcus Essabri said: “I had an emotional reunion with my cousin Latifa in Iceland. I feel blessed that I got to spend time with her. It was reassuring to see her so happy, well and focused on her plans”.

Following the meeting between Marcus and Latifa in Iceland it has been decided that the most appropriate step at this time is to close the Free Latifa campaign.

The primary purpose of the FreeLatifa campaign was to see Latifa free leading the life she chooses for herself. We have clearly gone a long way towards achieving that goal over the last three years, with bodies such as the United Nations now monitoring the current and future wellbeing of Latifa.

The FreeLatifa campaign would like to thank everyone who supported the campaign to FreeLatifa.

Here is the main question. If Marcus Essabri really was a relative of the Dubai royals, why wasn’t he invited to Dubai instead of Iceland? Is there any mystery? And most importantly, now everyone may ask – WHERE IS PRINCESS SHAMSHA, another missing daughters of the Dubai ruler?