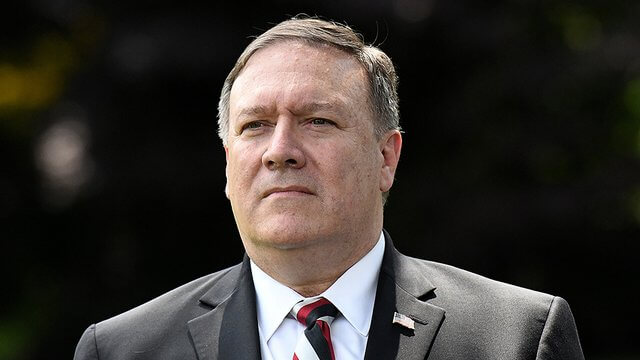 Secretary of State Mike Pompeo is set to meet with North Korean leader Kim Jong Un next week as part of his upcoming trip to Asia, the State Department announced on Tuesday.

Nauert didn’t provide specific details of what Pompeo plans to discuss with the North Korean leader, but she said the meeting will focus on Pyongyang’s nuclear capabilities.

Pompeo and Kim will also likely discuss a second summit between Kim and President Trump, which the White House said was in the works earlier last month.

“It shows forward progress and momentum that the secretary is making his fourth trip back in less than a year,” Nauert said, noting that the talks marked a positive step toward the Trump administration keeping its promises.

“That shows the president’s commitment to agreement that he and Chairman Kim made at the Singapore summit,” she said.

Pompeo was invited to visit Pyongyang this month during a Sept. 26 meeting with North Korean Foreign Minister Ri Yong Ho. The invitation came on the sidelines of the United Nations General Assembly meeting in New York.

Ri’s invitation marked an improvement in U.S.–North Korea diplomatic relations after Trump, in August, canceled a scheduled visit by Pompeo to Pyongyang. Trump canceled the secretary of State’s visit after receiving a letter from Pyongyang convincing Trump such a visit would not be worth it.

Ri, speaking at the U.N., also criticized the U.S. for a lack of trust in North Korea’s denuclearization policy.

“Without any trust in the U.S. there will be no confidence in our national security and under such circumstances there is no way we will unilaterally disarm ourselves first,” he said in a Saturday speech at the annual U.N. meeting.

Still, Trump expressed hope that a deal ultimately could be reached with North Korea.

“We have a very good relationship. He likes me, I like him, we get along,” Trump said at a press conference Wednesday. “He wants to make a deal, and I’d like to make a deal.”