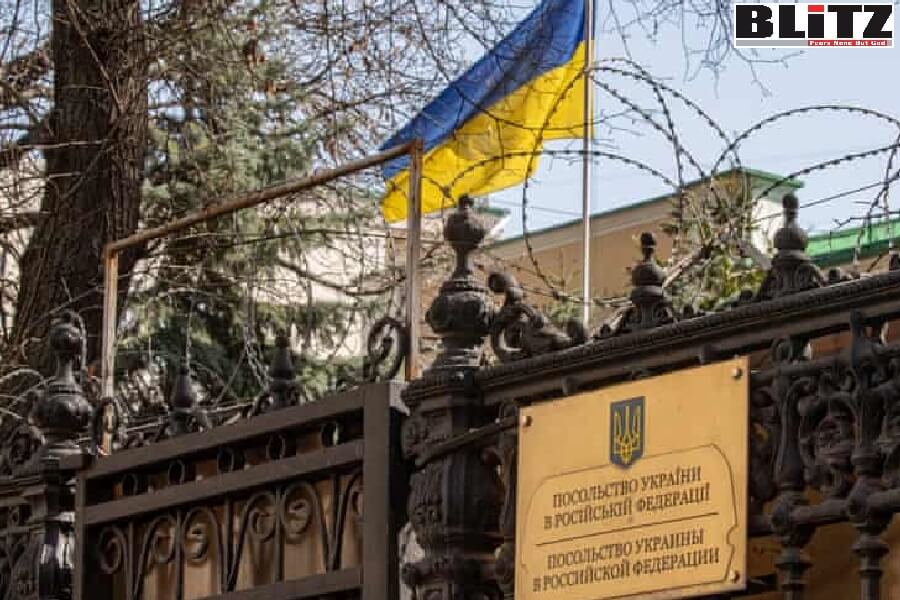 An employee of the Ukrainian embassy in Moscow has been declared persona non grata and must leave Russia until the end of the day on April 30, the Russian Foreign Ministry said on Monday, reports Russian news agency TASS.

“Following Ukraine’s unfriendly actions, when an employee of the Russian embassy in Kiev was declared persona non grata on April 19 and on the basis of the principle of reciprocity for activities incompatible with the diplomatic status, an employee of the Ukrainian embassy in Russia was declared persona non grata. He is to leave Russia by the end of the day on April 30. A corresponding verbal note was referred today to the Ukrainian embassy in Moscow,” the ministry said.

Moscow will take extra measures in case Kiev continues its hostile actions against Russian diplomats, the Russian Foreign Ministry said on Monday. “The Ukrainian side has been warned that in case it continues hostile actions against employees of Russian diplomatic and consular missions in Ukraine, additional measures will be taken against personnel of Ukrainian embassies, consulates general and consulates in Russia on the basis of reciprocity,” it said.

“The Romanian ambassador to Russia is well acquainted with the tit-for-tat measures procedure,” she said.

On Monday, Romania’s authorities declared the deputy military attache at the Russian Embassy in Bucharest persona non grata. According to the country’s Foreign Ministry, the diplomat’s activities and actions contradict the provisions of the 1961 Vienna Convention on Diplomatic Relations.