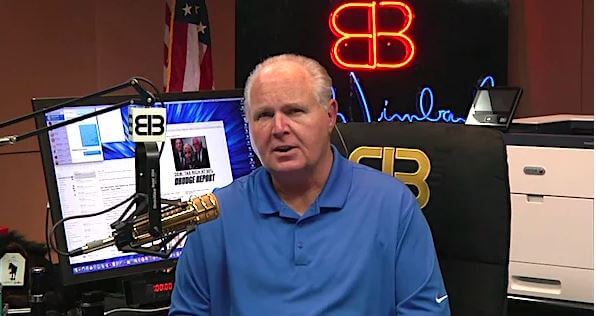 Remember, before the Jussie Smollett scandal, the controversy over New York’s new state law allowing abortion up until birth?

Now Vermont, with Democrats in the majority, has gone further, and talk-radio host Rush Limbaugh is warning that the Democratic Party is “becoming sick, and it’s getting sicker by the day.”

Limbaugh decried the “wanton devaluing of life and the total loss of the appreciation for the sanctity of life and for the miracle of life.”

“To just casually be able to discard this? By a political party? You don’t think that has deleterious, dramatically destructive impacts on society at large? Thirteen-year-olds are shooting 10-year-olds and people are asking themselves, ‘How can this happen?’ Look no further than stuff like this,” he said.

“If life is cheap, if life is not special, if life doesn’t have anything noteworthy about it, then nobody is going to have any appreciation for it at any stage of it. My God, this is Satanic! This is just – and they pass these bills and they end up applauding and whooping it up, and I still maintain that one of the primary reasons for that is that they are celebrating victory over us, that they are just loving cramming it down our throats. They love getting in our face and telling us to go to hell, and this is one of the ways in which they’re doing it.”

He said his concern was raised by a vote in the Vermont legislature to pass H. 57, “which would legalize abortion at any stage of pregnancy and for any reason.”

“Folks, they are off to the races on this. First it was the New York State Senate with a standing ovation after the law was passed that you can even perform an abortion during birth and after! They stood up with a standing ovation. Shortly after that, the governor of Virginia came out, Ralph Northam, and he basically endorsed the same thing. And then we heard that out of New Mexico, they are working on similar legislation.”

The Vermont bill states, “Every individual who becomes pregnant has the fundamental right to choose to carry a pregnancy to term, give birth to a child, or to have an abortion.”

Limbaugh explained the legislation “is far more radical than the recent expansion of late-term abortion in New York, as well as the proposed expansions in Virginia and Rhode Island.”

The New York and Virginia bills allow abortion for any reason up to viability and have “health” exceptions that are often loosely interpreted to permit abortion on demand after viability as well.

But the Vermont bill “offers a blanket permission slip for any and all abortion, throughout pregnancy, and for any reason.”

Further, the bill specifically dehumanizes the unborn, stating, “A fertilized egg, embryo, or fetus shall not have independent rights under Vermont law.”