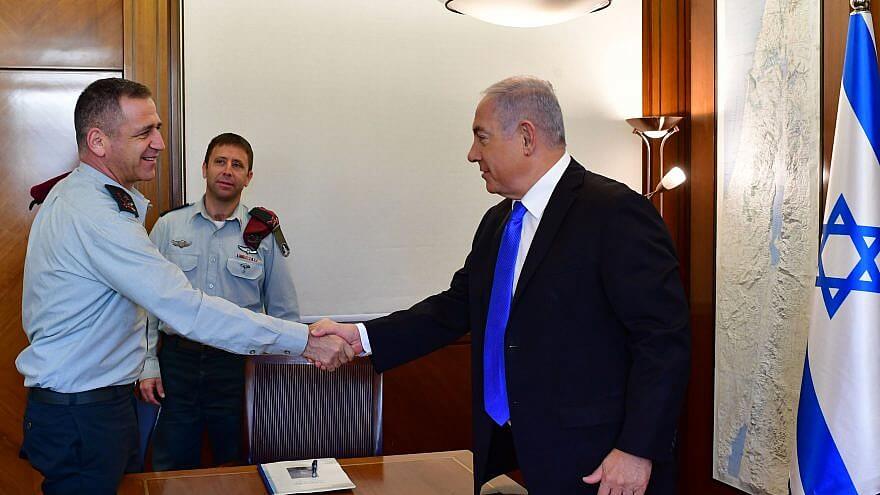 The recent appointment of Maj.-Gen. Aviv Kochavi as the next Chief of Staff of the Israel Defense Forces means that the Israeli military will soon be led by a general who takes nothing for granted, and whose mission will be to navigate an increasingly complex and explosive Middle East.

Kochavi, currently the Deputy IDF Chief of Staff, has a long and impressive military record, which includes commanding the Paratroopers Brigade, the Gaza territorial Division, the all-important Operations Brigade, the strategically vital Military Intelligence Directorate and the Northern Command.

He also holds several degrees, including a bachelor’s in philosophy from the Hebrew University of Jerusalem—a subject that suits him well, in light of his tendency to question conventional wisdom, and to examine and then re-examine the security reality around Israel, looking for new conclusions and lessons.

During his time at the Northern Command, Kochavi used his critical side to review the military’s patterns of operations. He created many changes aimed at making the  Northern Command—responsible for the Lebanese (Hezbollah) and Syrian fronts—more lethal, more responsive to intelligence and better networked with the rest of the IDF.

The ability to revisit assumptions about the enemy and use new insights to reshape the way the military functions is today the bread-and-butter of the IDF. Israel today faces an array of quickly changing foes. Some of these enemies, like Hamas and Hezbollah, were once seen as terror organizations, but are today recognized as being new forms of armies, which possess state-level weapons. With Iranian assistance, they have gained high levels of urban asymmetrical warfare capabilities.

Kochavi also made crucial changes in the Military Intelligence Directorate, helping it get up to speed with the new Middle East. This is a region that has experienced drastic, high-speed changes, and where new realities are taking shape. Kochavi has helped Military Intelligence break down old barriers to innovation and adaptation.

After taking up his position, Kochavi can be expected to pick up where his predecessor, Lt.-Gen. Gadi Eizenkot, left off in making war readiness and training a No. 1 priority. Eizenkot took several steps, as part of a multi-year program known as Gideon, to boost battle readiness among conscripts and reserves in the ground forces, after many years of inadequate training.

Eizenkot also promoted the strategic goal of delaying the outbreak of war, and using the years of stability to build-up the IDF’s power for future challenges. The years of stability also enable the Israeli economy and civilian population to develop without being terrorized and disrupted—an important IDF objective. This is based on the understanding that frequent rounds of conflict and waves of projectile fire on Israeli cities are both disruptive and demoralizing.

The outgoing chief of staff also used the recent years of quiet to broaden a low-profile military campaign, dubbed “The War Between Wars,” which is aimed at disrupting the force build-up of Israel’s enemies. The central (though not exclusive) aim of this campaign has been to prevent Iran from taking over Syria, and to challenge the Iranian weapons flow to Hezbollah.

Kochavi can be expected to continue these policies, while also being aware that any one of the fronts the IDF has to deal with can catch fire. The“War Between Wars” can turn into a full-scale war, even inadvertently.

Threats from the north and south:

As someone who closely watched Hezbollah build up its power, amassing a vast rocket and missile arsenal, Kochavi will likely prioritize war readiness against Hezbollah, which remains Israel’s most significant conventional military threat in its immediate environment. The unstable Syrian arena is also a major challenge, due to Iran’s ongoing efforts to set up military attack bases there. The crisis that has been brewing between Israel and Russia, following the downing of a Russian intelligence-gathering plane in September, also shows no sign of ending; Kochavi will have to navigate that minefield with great diligence.

Russia is showing increasing signs of intolerance towards Israel’s campaign of disrupting Iran in Syria, but Kochavi will still need to continue this campaign since the alternative will be an Iranian encirclement of Israel.

The need to prepare the IDF for the contingency of a long-range strike on Iran’s nuclear program has not vanished either. The linkage that exists between the Iranian, Syrian and Lebanese arenas mean that a spark in one place can trigger a ‘fire’ in another place.

The addition of the Iraqi arena as an Iranian-dominated missile base is a significant development.

In the south, efforts to stabilize the Gazan arena, and prevent a war with Hamas, continue, but Kochavi’s job will include preparing for the possibility of various degrees of escalation with Gaza’s armed factions.

In the West Bank, he will oversee the IDF’s attempt to keep this area contained and relatively calm. The IDF is doing this through a range of steps, like assisting the Palestinian economy, and undertaking nightly counter-terrorism raids. A stable West Bank will free up the IDF’s forces for further essential training. It will also keep units available for the potential for trouble on other fronts.