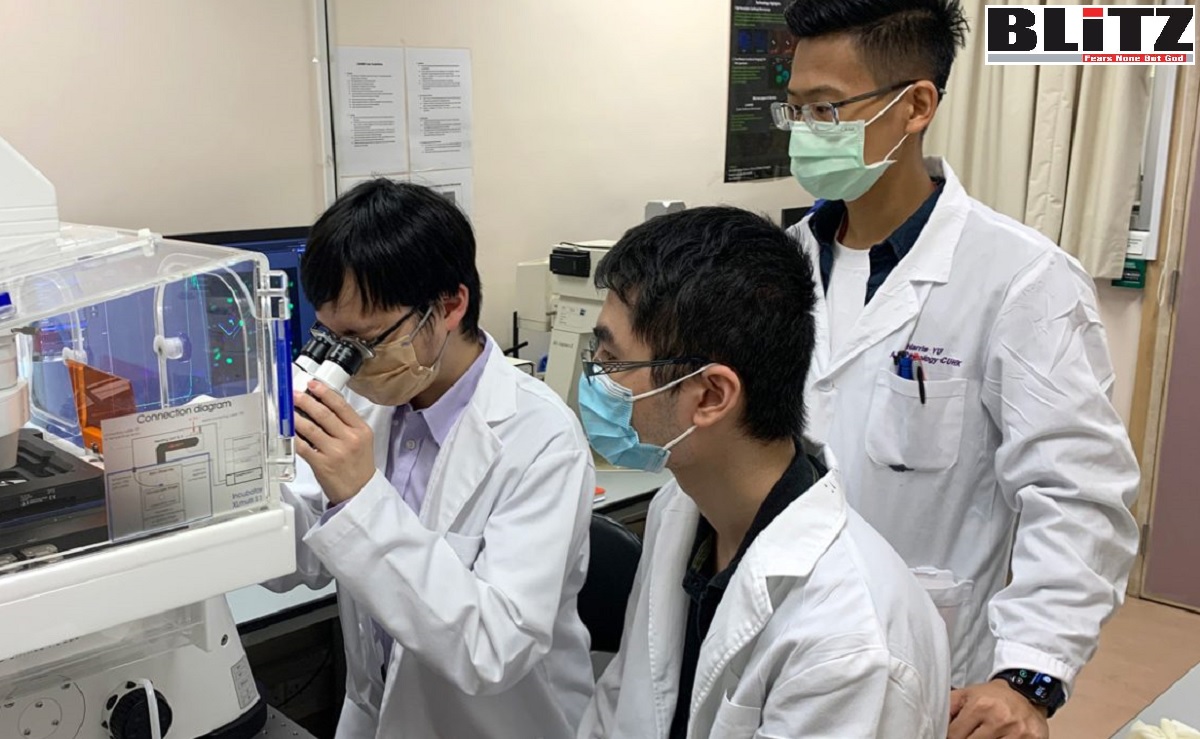 A study by medical students at CUHK has discovered the pivotal role of an enzyme—a protein that speeds up chemical reactions in the body—in causing stomach cancer.

Year 3 students Wilson Mui and Brian Chan and postgraduate student Bonan Chen, under the supervision of professors from the Department of Anatomical and Cellular Pathology, analyzed two large-scale genome cohorts from The Cancer Genome Atlas and Asian Cancer Research Group, and found that the increased expression of an enzyme called serine/threonine kinase 3 (STK3) is common among gastric cancer patients.

This runs counter to the previously held belief that activating the enzyme may suppress tumor development but affirms, rather, it has an oncogenic role to play.

Upon bioinformatics analysis, the team revealed the molecular mechanism of STK3 and identified the signaling pathway driving stomach tumor, giving hope for precision medicine that targets at depleting the enzyme.

Both from the Global Physician-Leadership Stream, Mui and Chan joined the Summer Attachment Program run by the Department of Anatomical and Cellular Pathology last year to perform medical research. From research design, data analysis to writing a manuscript, they practiced what they learnt in the research project. The duo were responsible for the bioinformatics and clinical correlation analysis, functional tests, and Western blot analysis which detects protein in a tissue sample. Mui also took part in figure drawing and manuscript writing with Chen, the graduate student.

Of his learning experience last summer, Chan said, ‘After the Year 2 examination, I hoped to enrich myself during the three-month summer break by learning new skills outside the classroom. Due to the pandemic, I could not go on an overseas exchange. Fortunately, I discovered the Summer Attachment Program, so I told Professor To that I wanted to join his research team. During the program, I learned to use various experimental apparatus and practiced the knowledge gained in class. I also learned how to code and perform data analysis from scratch. I believe that these skills will be beneficial to my future research.’

Mui said, ‘Some skills and knowledge featured during the research process, such as bioinformatics and the drafting of figures, are not normally taught in class. This was my first time taking part in scientific research, and the process was very difficult. Luckily, under the guidance of Professor To and Professor Kang, and working with my peers, the project came to a successful end. We gained valuable knowledge during the research process, especially related to facing new challenges. Knowing that the medical landscape will change drastically, such an experience will aid me in meeting these challenges and further contributing to the field of medicine.’

Their contributions were thought highly of by Kang Wei, assistant professor in the Department. ‘Scientific research involves iterative processes of verification that require one to be patient and modest. Brian and Wilson showed diligent active learning attitudes, and often appeared first in the lab during their attachment. The bioinformatics analysis part requires attentive data curation skills. It is impressive that they managed to digest and analyze two large genome databases together with a single-cell RNA sequence dataset in a short time, demonstrating great potential and enthusiasm for medical research,’ said he.

The Faculty of Medicine launched the Global Physician-Leadership Stream in 2013 to groom undergraduate students to become clinician scientists.

Prof. Simon Ng, the Faculty’s associate dean in student affairs, said, ‘The development and advancement of medical education, health science and medical technology are essential to our future response to unknown diseases or public health threats. Over the last decade, our students have won major local and international awards and honors in scientific research, as well as fellowships to continue their research overseas. Different specialties are now offering research immersion programs for students to enrich their learning experience and broaden their horizons, such as the Summer Attachment Program from the Department of Anatomical and Cellular Pathology.’

Prof. To Ka-fai, chairman of the Department of Anatomical and Cellular Pathology, remarked, ‘Anatomical and cellular pathology involves clinical, translational and basic scientific research in the fields of histology, immunohistology, morphometry, flow cytometry, electron microscopy, molecular genetics and more. The Department has always been a key training ground for postgraduate students in medical research. We launched the Summer Attachment Program to provide our undergraduate students with a more all-around learning experience in basic and translational research. We are very much encouraged by Wilson and Brian’s work. For Year 3 medical students, having administered a cancer project and getting published in a high impact journal that scores above 20 is no mean feat. They are role models for many medical students and future clinician scientists.’