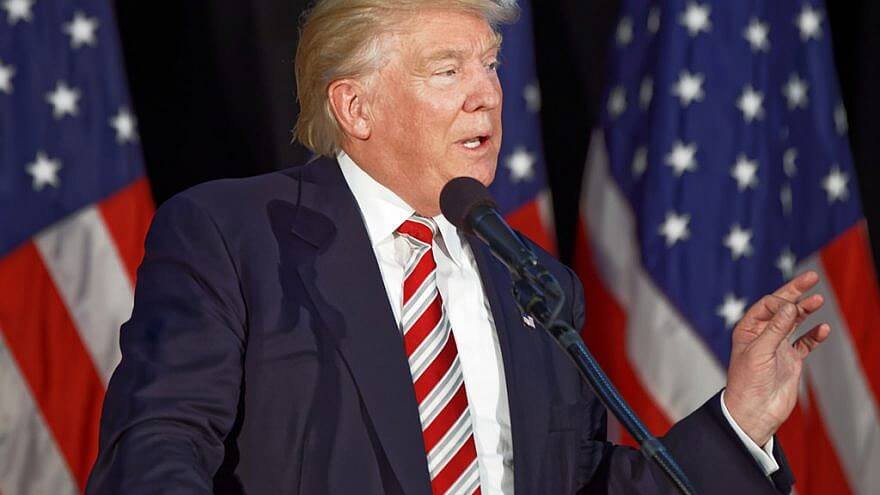 U.S. President Donald Trump marked the upcoming Jewish New Year in a conference call with several dozen American Jewish leaders on Thursday and discussed with them his administration’s policies on Israel, the Palestinians and Iran.

Trump also said he had removed Jerusalem as the first obstacle to a peace deal. Last December, Trump recognized the city as Israel’s capital and in May he moved the U.S. embassy there.

“The fact is that I took something off the table,” he said.

“If you go back and look at your negotiations with the Palestinians over the years, the first thing was Jerusalem and moving the embassy to Jerusalem, thereby making it the capital. And I will tell you, we’ve taken that off the table.

“A few days before the declaration on Jerusalem, I stopped taking calls from foreign leaders who wanted to persuade me not to do it [relocate the embassy]. We took Jerusalem off the table, and I believe it will help get a deal done,” he said.

He added that Israel would have to do something for the Palestinians but did not specify what that might be, and vowed to continue to defend Israel in international institutions.

Trump also praised the newly imposed economic sanctions on Iran, saying Iran was “no longer the same country” as when he entered office in 2016.

“I would imagine that they’ll be calling in the not-too-distant future to try and make a deal. If we can make a real deal, we’ll do it. If they don’t call, that’s OK, too. Eventually, they’re going to have no choice,” he said.

Trump concluded the call by wishing the Jewish leaders and their communities a happy new year and noting his personal link to Judaism.