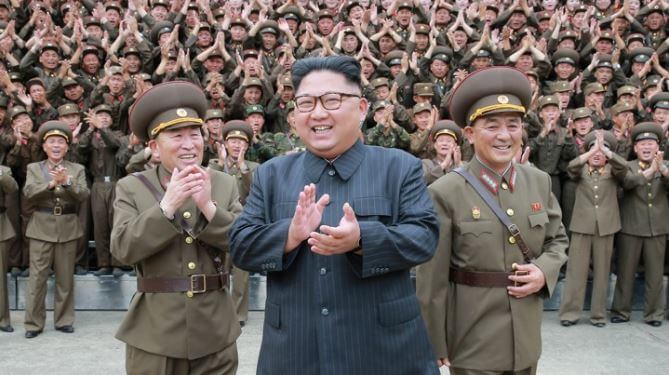 North Korea has for the first time publicly acknowledged that an “anti-DPRK body” broke into the North Korean embassy in Madrid. Pyongyang also accused the FBI of being the group’s “wire pullers” in what state-run media called a “terror incident.”

On Feb. 22, five days before the U.S.-North Korea summit in Hanoi, a group known as Free Joseon (previously known as Cheollima Civil Defense) broke into the North’s embassy in Madrid and made off with computers and documents.

A report by state-run propaganda outlet KCNA noted that North Korea is “following the rumors of all hues now in the air that FBI of the United States and the small fry of anti-DPRK ‘body’ were involved in the terror incident.”

It is the first time the opposition group has ever been publicly mentioned by the Kim Jong-Un regime.

A spokesperson for North Korea’s Foreign Ministry told KCNA that the “illegal intrusion into and occupation of a diplomatic mission and act of extortion are a grave breach of state sovereignty and a flagrant violation of international law, and this kind of act should never be tolerated.”

Free Joseon first came to prominence after taking credit for getting Kim Jong-Un’s nephew, Kim Han-Sol, safely out of Macau after the assassination of his father, Kim Jong-Nam.

Kim Han-Sol has expressed his desire to go back to North Korea, and has referred to his uncle as a “dictator.”

Free Joseon has reported that it gave evidence collected from the Madrid operation to the FBI.

The FBI has not confirmed or denied the existence of its investigation in the incident. U.S. State Department spokesman Robert Palladino recently said that the U.S. government is not involved with the incident.

Spanish authorities say one of the group, named as Adrian Hong Chang, gained access to the Madrid embassy by asking to see the commercial attaché, whom he claimed to have met previously to discuss business matters. His accomplices then burst in once he was inside.

Two other members of the break-in group were named as U.S. citizen Sam Ryu and South Korean Woo Ran Lee.

Embassy staff were held hostage for several hours. When Spanish police arrived at the embassy, they reported being greeted by Adrian Hong Chang, posing as a North Korean diplomat in a jacket with a Kim Jong-Un lapel badge.

He told the police that all was well, and nothing had happened.

Most of the group later fled the embassy in three North Korean diplomatic vehicles. Hong Chang and some others left later via the back entrance using another vehicle, Spanish authorities said.

They split up into four groups and headed to Portugal. Hong Chang – a Mexican citizen who lives in the U.S. – reportedly contacted the FBI to give his version of events five days after the operation.

KCNA quoted North Korea’s Foreign Ministry as saying it expects Spanish authorities to “carry out an investigation into the incident to the last in a responsible manner in order to bring the terrorists and their wire-pullers to justice in conformity with the relevant international law.”