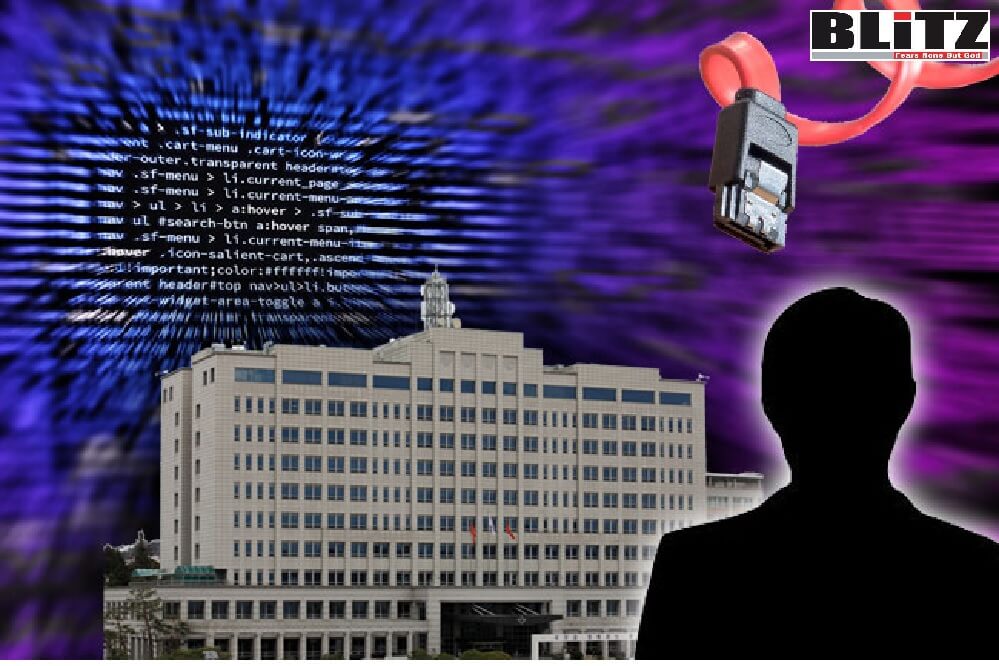 Dodging strict surveillance of various intelligence agencies in the Republic of Korea (ROK, also known as South Korea), at least 120,000 North Korean spies and “contractors”, equipped with a specially-designed spy watch, are active inside ROK.

According to a recent report published by the East Asia Research Center, a

South Korean military officer and a defense contractor for IT systems were arrested for spying for North Korea in return for payments in crypto currency.  They have compromised CENTRIXS-K, a US-Republic of Korea (ROK) Command, Control, Computer, and Intelligence (C4I) system, which was located in the bunker of the Ministry of National Defense (MND).  According to the information released on April 28, 2022 by the National Investigation Headquarters’ Security Investigation Bureau, the police arrested Lee, an employee of a defense network maintenance contractor on April 11, 2022 for violating Articles 4 (Fulfilling the Purpose) and 8 (Meeting, Communication, etc.) of the National Security Act.  Also arrested was a military captain on the suspicion of violating the Military Secrets Protection Act.

The police assessed that they were recruited by a North Korean espionage agent. Lee, who is in his mid-30s was a captain in the military, and became a contractor for defense system maintenance. The North Korean agent recruited Lee through social media and gave him an order through Telegram to fulfill.  According to former MND spokesperson Kim Min-seok (김민석), around July 2021, the North Korean agent instructed Lee to recruit an active duty military officer, who can access military secrets, and recruited the captain. On the agent’s orders in January this year, Lee obtained a specialized watch with a hidden camera and listening device and mailed it to the captain for spying purposes.

Between January and March 2022, the captain hacked KJCCS (Korean Joint Command and Control System), a classified ROK system, by inserting a tainted USB stick, potentially a poison tap. A poison tap connects to the USB port, but instead of announcing itself as a USB stick, it pretends to be an ethernet interface. A backdoor is created this way to remotely access and manipulate the data on the computer network. A virus could also be inserted via the USB stick. Both hacking and providing intelligence to North Korea are gravely damaging to the national security of the Republic of Korea as well as to the US.

The North Korean agent paid in bitcoin.  Lee was paid ₩700,000,000 ($600,000) and the active duty captain who helped Lee was paid ₩48,000,000 ($40,000). Lee provided mainly personnel information to North Korea, which allows North Korea to target them for further exploitation.  The captain previously was part of an elite “Special Mission Brigade” that targeted North Korean leadership, which was created under the Park Geun-hye administration.

According to former Ministry of National Defense spokesperson Kim Min-Seok, a North Korean agent in the summer of 2021 instructed Lee to recruit an active duty military officer who could access military secrets. Lee then recruited the captain. On the North Korean agent’s orders in January of this year, Lee obtained a specialized watch with a hidden camera and listening device and mailed it to the captain for spying purposes, Tara O’s report in the East Asia Research Center noted.

Kim Kuk-Sung, formerly a senior colonel in North Korea’s General Reconnaissance Bureau and a close associate of the late Jang Song-Thaek (Kim Jong-Un’s uncle), stated that North Korean records indicate there are 120,000 North Korean spies in South Korea, including in important government organizations such as the Blue House, the National Assembly, National Intelligence Service, Ministry of Defense, and Korea Institute of Defense Analyses.

“Spying is a serious problem in South Korea, despite the public being led to believe that there are no spies in modern Korea, with the pejorative saying of ‘are there spies anymore?’ While the police should be praised for arresting the spies, catching 1 or 2 spies is not a comfort, if there are 120,000 spies infiltrated throughout the government. There needs to be better leadership and greater emphasis on this issue,” Tara O wrote.

South Korean military morale was sapped under the administration of leftist President Moon Jae-In, Tara O noted, adding that the Ministry of National Defense under the Moon regime “was not allowed to call North Korea its ‘main enemy’ anymore and that was reflected in military training by not only removing the term, but portraying North Korea as benign, despite their numerous missile and nuclear tests and other provocations.”

Moon’s last day in office was on March 9. Before he left, Tara O pointed out, Moon’s administration passed the “Complete Forfeiture of Investigative Authority of Prosecutors” law, which essentially granted self-pardons for Moon and those who served under him during his tenure.

While there is more than 120,000 North Korean agents in South Korea, its rival North Korea’s General Reconnaissance Bureau (GRB) as well as other important offices in DPRK, including the office of Kim Jong-un is becoming target of South Korean intelligence agencies.

According to a credible source, South Korean side is using Australian, African and Malaysian nationals in vising North Korean establishments, especially restaurants in various parts of the world, including China with the assignment of recruiting agents from within the employees by offering handsome cash incentives. In some cases, these foreign contractors of South Korean intelligence is establishing friendship with North Korean employees through frequent visits and offering small gifts or souvenirs such as ear rings, bracelets and show piece, while Bluetooth-connected micro-sized devices are installed in all of those “small gifts” or “souvenirs” that continue transmitting conversation of North Koreans.