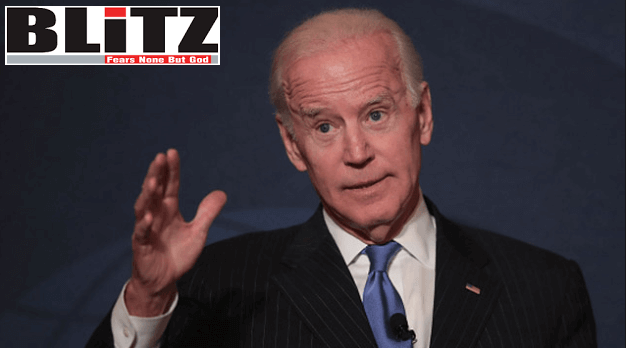 He explains in the first episode of a new series called “The Drill Down with Peter Schweizer” that bank documents entered in a court case “shed light on just how much money [foreign] oligarchs were sending to the Biden family while he was vice president.”

As WND reported in an interview story, Schweizer’s 2018 bestselling book “Secret Empires: How Our Politicians Hide Corruption and Enrich Their Families and Friends” spells out the financial deals Hunter Biden’s private equity firm secured in Ukraine and China while his father, as vice president, was negotiating U.S. foreign policy with those countries.

Schweizer’s book centers on what he calls “corruption by proxy,” in which family and friends of powerful political figures position themselves as middlemen, creating “previously unimaginable pathways to wealth.”

Regarding the Bidens, the records of just one bank account show $3.1 million from the Ukrainians flowed in over an 18-month period, Schweizer said.

“There was $142,000 that showed up from a Kazakh oligarch, and then there was a mysterious $1.2 million from a limited liability company that nobody seems to know where it exists [and] that funneled the money to a small Swiss bank that has been implicated in international money laundering,” Schweizer said.

Flowing out of the account, he said, is “hundreds of thousands of dollars into the personal banking accounts of Hunter Biden himself.”

“This is all just from one account,” he noted.

Schweizer said in an interview this week with Fox News’ Laura Ingraham that Hunter Biden should testify before the U.S. Senate about his dealings with Ukraine and China.

Ingraham noted Schweizer has been far ahead of the New York Times, which this week buried 11 paragraphs inside an article called “Trump’s Demands For An Investigation Of Opponents Draw Intensifying Criticism” the news that in addition to his China and Ukraine connection, Hunter Biden also advised a Romanian businessman who later was convicted and imprisoned for corruption.

When Joe Biden and Hunter Biden went to China in December 2013 and Hunter Biden secured a billion-dollar deal with the Chinese government 10 days later, the media ignored it, Schweizer said.

He told Ingraham “you and I both know, and I think most Americans know, if the name here was Don Jr. and not Hunter Biden that the media would be all over this.”

Schweizer pointed to the “lack of curiosity that a sitting vice president’s son is striking three major deals with the Chinese government while he is steering U.S. policy towards China.”

“The deal with Ukraine. All of this stuff. If this was Don Jr, you know he would be sitting in front of Congress, and he should, if he did that. Hunter Biden needs to do that. The Senate needs to ask him to testify.”