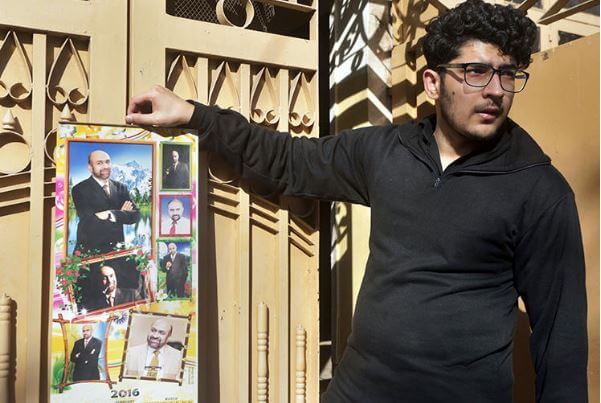 The Committee to Protect Journalists called on Pakistani authorities to immediately release and drop all legal proceedings against Rizwan-ur-Rehman Razi, a TV host for Din News, a privately-owned Urdu-language news station. Razi was arrested and taken into custody this morning in Lahore, according to news reports and CPJ reporting.

“Expressing opinions, even critical opinions, should not be a crime, in Pakistan or anywhere,” said CPJ Asia Program Coordinator Steven Butler. “Justice–and Pakistan’s constitutional guarantee of freedom of the press–can only be served by Rizwan Razi’s immediate release.”

Razi, also known as “Razi Dada,” was taken from his home at 10:30 a.m. today, according to his son, Osama Razi, who told CPJ his father was beaten and bundled into a black car, which he then chased after as it sped away from the house in Lahore. In an interview with CPJ, Federal Information Minister Fawad Chaudhry confirmed that Razi had been arrested by the Federal Investigation Agency for social media postings that allegedly violated Pakistan’s Prevention of Electronic Crimes Act. A photograph was later circulated showing Razi in handcuffs.

A First Information Report released by the FIA Cyber Crime Wing, which CPJ has seen, said that Razi had put up “defamatory and obnoxious posts” on his Twitter account against the “judiciary, government institutions and intelligence agencies” of Pakistan. The FIR further stated that Razi had “confessed” to uploading the posts, apologized and promised to refrain from posting similar material in the future. The agency also said it had seized and searched Razi’s mobile phone.

Although it was unclear what specifically led to the arrest, earlier this month, Razi had criticized extrajudicial killings in Punjab at the hands of security forces and pointed fingers at the Army, according to screenshots of Twitter postings provided to CPJ. Razi’s Twitter account, @RaziDada, appeared to have been disabled on Saturday.

Osama Razi said that he expected his father to be released after he goes before a judge for formal charging, although this was not guaranteed.