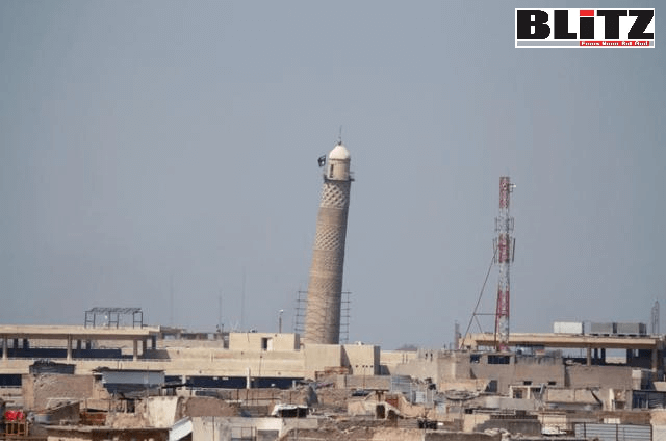 Back in 2008, American soldiers in Iraq were targeting minarets of mosques, clearly out of religious hatred. It was a serious crime and had exposed Americans mindset against Islam. But unfortunately, Palestinians took undue advantage of the videos of attacks on mosques in Iraq by twisting the fact and falsely claiming – Israeli soldiers were targeting minarets of mosques in Palestine. This was just the latest of innumerable examples of the deception that is perpetrated on an industrial scale by “Palestinian” propagandists and their allies in order to make Israel seem to be an oppressive occupying power. This falsehood of Palestinians clearly proved – they are retorting to rogue practice of fakery and falsehood.

On March 2, 2021, Divya Chandra, an Indian columnist wrote an article in The Quint titled ‘Old Attack in Iraq Passed Off as Israel Firing at Palestine Mosque’. In the article, Divya wrote: An old incident of an attack at Iraq’s mosque in 2008 was revived by several social media users to falsely claim that it shows how Israeli forces attacked a mosque in Palestine over the sound of Azaan.

According to Mynet website, the images and video footages used by Palestinian propaganda machine were taken from 2008 video of American soldiers firing at minarets of mosques in Iraq. Mynet report said: These images, which are reflected on amateur cameras in the ongoing chaos in Iraq, will reveal how the American soldiers operating in Iraq “to bring democracy” respect different beliefs. In the footage shot in different cities of Iraq at different times, it is seen that US soldiers fired on the minarets targeted by heavy machine guns for minutes.

Despite the fact that there was no extraordinary situation on the minarets, which were considered sacred to Muslims, American soldiers opened fire for minutes and destroyed some of the minarets with a missile.

The laughter of American soldiers during these images of atrocities is by the American public; It will show how “sensitive” the soldiers who took part in the operation described as “to bring democracy” are.

Since the article claimed that the viral video showed US soldiers attacking Iraq, we ran a relevant keyword search on YouTube and came across a video uploaded by American documentary filmmaker Michael Moore in March 2008.

We also found a video uploaded in 2008 that carried Jon Michael Turner’s testimony in which he can be heard saying that he was in Iraq in 2006.

At 06:41 minutes, one can see similar visuals as in the viral video. “For those of you who don’t know, it is illegal to shoot into a mosque unless you were taking fire from it. There was no fire that was taken from that mosque. It was shot into because we were angry,” he added.

The video carries the logo of ‘IVAW’ which stands for ‘Iraq Veterans Against the War’ and the website carried several video links mentioning: “Winter Soldier: Iraq and Afghanistan featured testimony from US veterans who served in those occupations, giving an accurate account of what is really happening day in and day out, on the ground”.