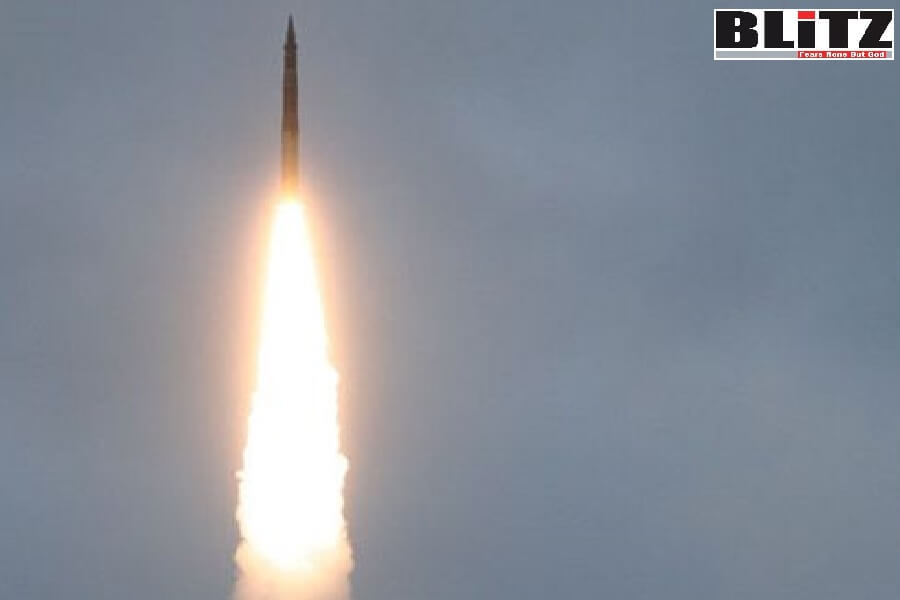 The Pentagon has decided to postpone a previously planned test of a nuclear-capable ICBM following Russia’s invasion of Ukraine and President Vladimir Putin’s elevation of his nuclear forces to a special readiness status last week.

“Today, I want to talk a little bit about something that we are not going to do,” Pentagon press secretary John Kirby said during a Wednesday press briefing. “And I want to explain why last weekend, as you saw, President Putin directed a special alert of Russian nuclear forces.”

Kirby was referencing Putin’s order to his defense minister and the military’s general staff to elevate all nuclear forces to a “special regime of combat duty,” sparking fears he may be threatening a nuclear exchange.

“Now, in this time of heightened tensions, the United States and other members of the international community rightly saw this as a dangerous and irresponsible — and as I’ve said before — an unnecessary step,” the Pentagon spokesman continued.

“Such provocative rhetoric and possible changes to nuclear posture involving the most consequential weapons in our respective arsenals is unacceptable,” Kirby said.

Kirby reported that Secretary of Defense Lloyd Austin postponed the planned ICBM test “in an effort to demonstrate we have no intention in engaging in any actions that can be misunderstood or misconstrued.

“And we did not take this decision lightly, but instead to demonstrate that we are a responsible nuclear power,” he added.

The Biden administration’s decision was blasted by Republicans who said the tests are vital to ensuring the United States’ nuclear deterrence is capable, effective, and functional.

Sen. Jim Inhofe, R-Okla., ripped the Pentagon’s decision as “disappointing” before explaining that the ICBM test is “critical to ensure our nuke deterrent stays effective.”

The U.S. Air Force keeps 400 Minuteman III missiles on alert at three bases in the West and Midwest, each of which is armed with one nuclear warhead. The Air Force tests such nuclear-capable missiles about four times per year, sending an unarmed missile 4,000 miles into space before it lands near the Marshall Islands.

Of the deployed nuclear arsenal of the United States, 70% is below the sea aboard ballistic missile submarines. Such nuclear missiles carry multiple nuclear warheads, each of which is approximately 30 times more powerful than the nuclear bombs dropped on Japan in 1945.

All such missiles are on high alert at all times and can be launched within minutes.

Putin ordered his nuclear forces to their special status despite the fact that his government just signed a joint statement in early January with five nuclear weapon countries “to prevent nuclear war and avoiding arms races.”

“The People’s Republic of China, the French Republic, the Russian Federation, the United Kingdom of Great Britain and Northern Ireland, and the United States of America consider the avoidance of war between Nuclear-Weapon States and the reduction of strategic risks as our foremost responsibilities,” the declaration begins.

“We affirm that a nuclear war cannot be won and must never be fought.  As nuclear use would have far-reaching consequences, we also affirm that nuclear weapons—for as long as they continue to exist—should serve defensive purposes, deter aggression, and prevent war.  We believe strongly that the further spread of such weapons must be prevented,” it continues.

“We underline our desire to work with all states to create a security environment more conducive to progress on disarmament with the ultimate goal of a world without nuclear weapons with undiminished security for all.  We intend to continue seeking bilateral and multilateral diplomatic approaches to avoid military confrontations, strengthen stability and predictability, increase mutual understanding and confidence, and prevent an arms race that would benefit none and endanger all,” the declaration adds.

“We are resolved to pursue constructive dialogue with mutual respect and acknowledgment of each other’s security interests and concerns.”