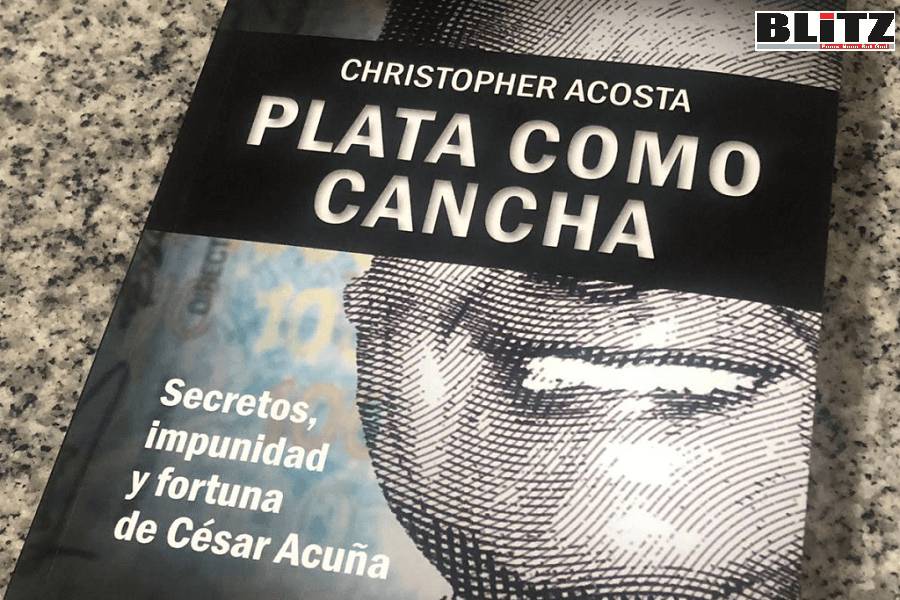 Peruvian authorities should dismiss the trademark complaint filed by César Acuña Peralta against journalist Christopher Acosta and Penguin Random House, and should not interfere with the distribution of Acosta’s book, the Committee to Protect Journalists said.

On March 11, Acuña, a former mayor, governor, and congressman who is running for president in Peru’s April 11 election, filed a trademark infringement complaint to stop sales of Acosta’s book, Money Like Popcorn: Secrets, Impunity, and the Fortune of César Acuña, according to news reports and Acosta, who spoke to CPJ via messaging app.

Acosta told CPJ that he published the book in February, and that it contains allegations that Acuña engaged in vote-buying, misappropriation of public funds, and plagiarism.

In his complaint, filed with Peru’s National Institute to Defend Competition and Intellectual Property (INDECOPI), Acuña claims that he invented the phrase “money like popcorn” (“plata como cancha”) and trademarked it, and that the book thereby constitutes an infringement on that copyright and the book’s sales and publication should be barred.

“Peruvian authorities should dismiss the frivolous trademark complaint filed by César Acuña Peralta against journalist Christopher Acosta and Penguin Random House, and ensure that his book, Plata como cacha, can continue to be freely published and distributed,” said CPJ Central and South America Program Coordinator Natalie Southwick, in New York. “Politicians, especially those running for public office, are by nature more exposed to public scrutiny, and should not use the legal system to prevent critical coverage.”

In a statement posted on Facebook, Penguin Random House Peru, which published the book, said “plata como cancha” is not registered under the INDECOPI publications statute which covers books, and “therefore neither the publishing house nor the author have infringed on the intellectual property of César Acuña.”

“He can’t sue me for the content of the book so he is attacking the way it was published,” Acosta told CPJ. “His goal, of course, is censorship.”

Acosta works as the investigative editor for the Peruvian TV station Latina Noticias, and told CPJ that he spent 10 years investigating Acuña and stood by the book’s allegations.

Enrique Ghersi, Acuña’s lawyer, told CPJ via messaging app that Acuña came up with “plata como cancha” — a colloquial phrase meaning “lots of money” – during his failed 2016 presidential campaign to suggest that Peruvians would become more prosperous should he win the election.

He said Acuña registered the phrase in 2020 under the INDECOPI statute covering publicity, and that by marketing a book using the phrase without Acuña’s permission, Acosta and Penguin Random House were illegally profiting from his intellectual property.

INDECOPI has 120 days to examine evidence provided by both sides in the case and to announce its decision, which is subject to appeal, Ghersi said. He added that Acuña would withdraw his complaint if the title of the book was changed.

Ghersi also told CPJ that he believed all of the book’s allegations to be false, and said Acuña had never been put on trial or convicted of any crime.  When asked why Acuña was pursuing a trademark infringement case rather than filing defamation charges against Acosta and Penguin Random House, Ghersi said, “These are two different issues” and declined to comment further.