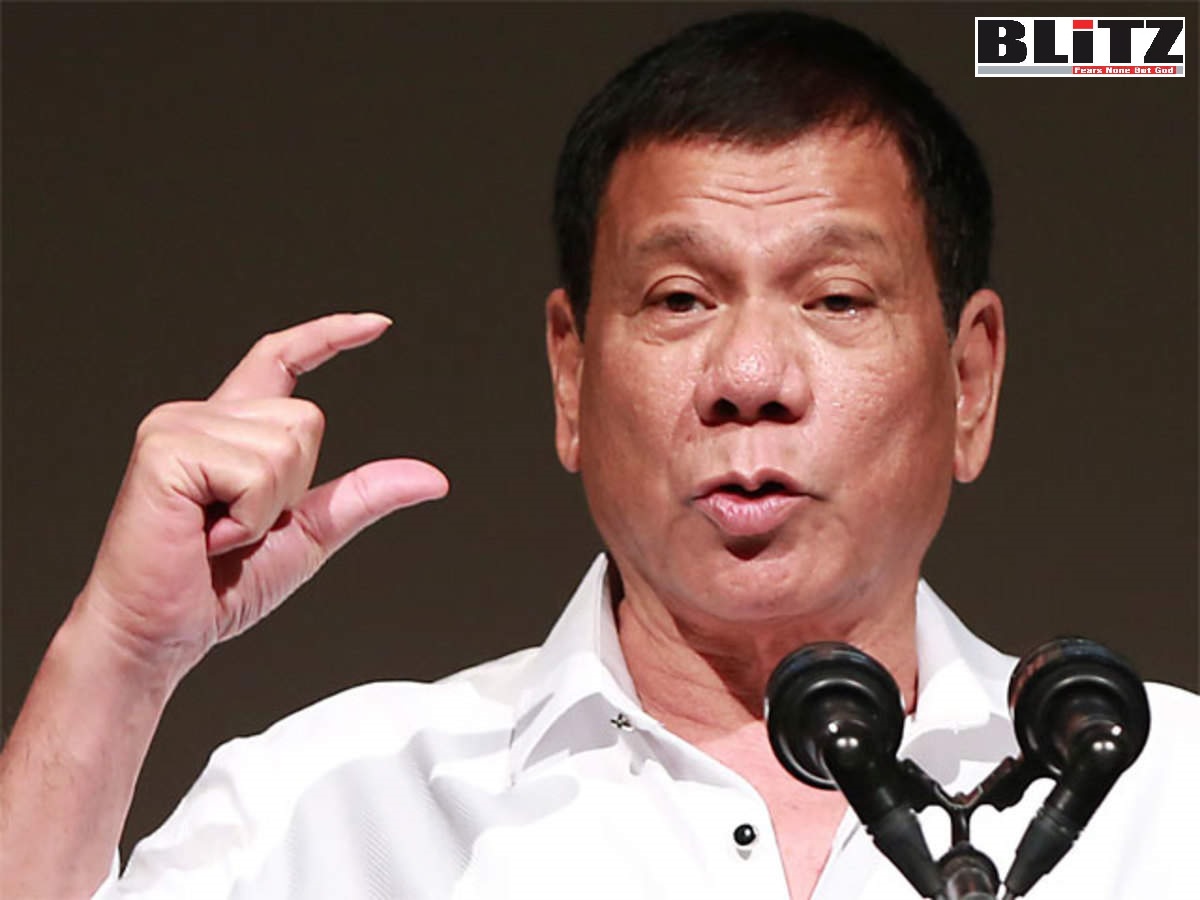 Duterte requested a deferral of the probe claiming that government prosecutors were already investigating such crimes. In his letter to ICC Chief Prosecutor Karim Khan on November 10, 2021, Ambassador J. Eduardo Malaya stressed the government’s commitment to “the rule of law and with the highest regard to due process”. Writes Perfecto Caparas

On June 30, 2022, Rodrigo Roa Duterte (Rodrigo Duterte) ended his six-year term as Philippine president facing prospects of a resumed investigation and prosecution by the International Criminal Court prosecutor for crimes against humanity.

After stalling the ICC prosecutor’s probe, Duterte and his top officials will inevitably face criminal investigation and prosecution for allegedly orchestrating the murder of 12,000 to 30,000 civilians under the guise of his so-called “war on drugs”. Environmental and human rights lawyers and defenders also fell victims to the targeted killings carried out by suspected state agents.

Duterte requested a deferral of the probe claiming that government prosecutors were already investigating such crimes. In his letter to ICC Chief Prosecutor Karim Khan on November 10, 2021, Ambassador J. Eduardo Malaya stressed the government’s commitment to “the rule of law and with the highest regard to due process.” Malaya cited the Philippine Department of Justice’s commitment to the UN Human Rights Council to conduct a “judicious review of anti-narcotics operations where deaths occurred.” Malaya also mentioned “the possible review of nearly 180 cases involving the deaths of journalists in the Philippines.”

Khan, however, in seeking authorization on June 24, 2022 from ICC Pre-Trial Chamber I to resume the probe, debunked the government’s claim, saying: “The majority of the information provided by the Philippine Government relates to administrative and other non-penal processes and proceedings which do not seek to establish criminal responsibility, and therefore cannot warrant deferral of the ICC’s criminal investigation.”

The government’s so-called investigations, Khan said, “also fail to sufficiently mirror the authorized ICC investigation, as required by articles 17 and 18 of the Rome Statute, because the Philippines has not asserted that it is investigating any conduct occurring in Davao from 2011 to 2016, any crimes other than murder, any killings outside official police operations, any responsibility of mid- or high-level perpetrators, or any systematic conduct or State policy.”

The cases being investigated by the government were “a relatively small number of past or ongoing criminal investigations and prosecutions,” Khan pointed out.

Khan bewailed that, “with a handful of exceptions, the Philippine Government has failed to provide any documentation to substantiate that the investigations are ongoing or complete, nor any details regarding concrete investigative or prosecutorial steps that have been taken.”

“In short, the deferral of the ICC investigation requested by the Philippines is not justified,” he added.

Khan hoped that the government “can effectively cooperate to deliver justice to victims in the Philippines.”

On September 15, 2021, the ICC Pre-Trial Chamber I authorized the ICC Chief Prosecutor to carry out a preliminary investigation into the targeted killing of an estimated 12,000-30,000 civilians by police officers, so-called vigilantes believed to be undercover police operatives, and their so-called “force multipliers” –civilians who supposedly carried out assassinations for a fee.

The pre-trial chamber authorized Khan to investigate crimes against humanity involving the murder of civilians beginning on November 1, 2011, when the Rome Statute of the International Criminal Court came into force in the country. During that time and before becoming president, Duterte served as mayor and vice-mayor of Davao until he took his oath as president on June 30, 2016. The ICC probe also covered the period of Duterte’s tenure as president, but only until March 16, 2019, since the Duterte government had by then withdrawn from the Rome Statute that established the world’s first permanent criminal court.

Khan reiterated that, as recognized by the pre-trial chamber in its September 15, 2021 decision, “there are clear indications that crimes against humanity were committed in the Philippines.”

“Under the Rome Statute’s core principle of complementarity, States always have the first opportunity to investigate allegations of such crimes committed on their territory or by their nationals,” Khan said. “However, when national authorities fail to act, the Court must step in, and that is why I have filed today’s application,” Khan told the court.