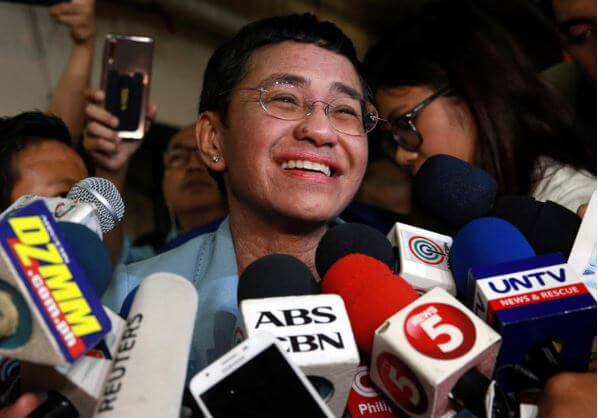 All of the executives and editors posted bail except for Ressa, who is currently traveling abroad, reports said.

Last month, Ressa was arrested and forced to spend a night in detention before being allowed to post bail in a separate cyber-libel case. The Pasig Regional Trial Court set arraignment for the Anti-Dummy Law case for April 10, the reports said. Rappler has repeatedly denied that foreign investment in the news group confers any rights of ownership, CPJ has reported.

“Philippine officials should stop abusing their authority by issuing arrest warrants against Rappler editor Maria Ressa,” said Shawn Crispin, CPJ’s senior Southeast Asia representative. “It is clear that the government is manipulating the law to muzzle and intimidate one of its most credible media critics. This egregious harassment must stop.”

In January 2018, the Philippines’ Securities and Exchange Commission (SEC) ruled that the online news group violated laws barring foreign ownership and control of local media, and moved to revoke its registration, CPJ reported. The ruling was based on accusations that Rappler received funds from the Omidyar Network, a fund created by eBay founder and entrepreneur Pierre Omidyar to promote open societies.

In July 2018, the Court of Appeals ruled that the SEC erred in its move to revoke Rappler‘s certificate of incorporation, which it said should only be done as a “last resort” for non-compliance issues. In August, Rappler filed a motion with the Court of Appeals to partially reconsider the SEC’s revocation order; on March 11, 2019, the court upheld its previous ruling, motivating today’s arrest warrants, according to reports.